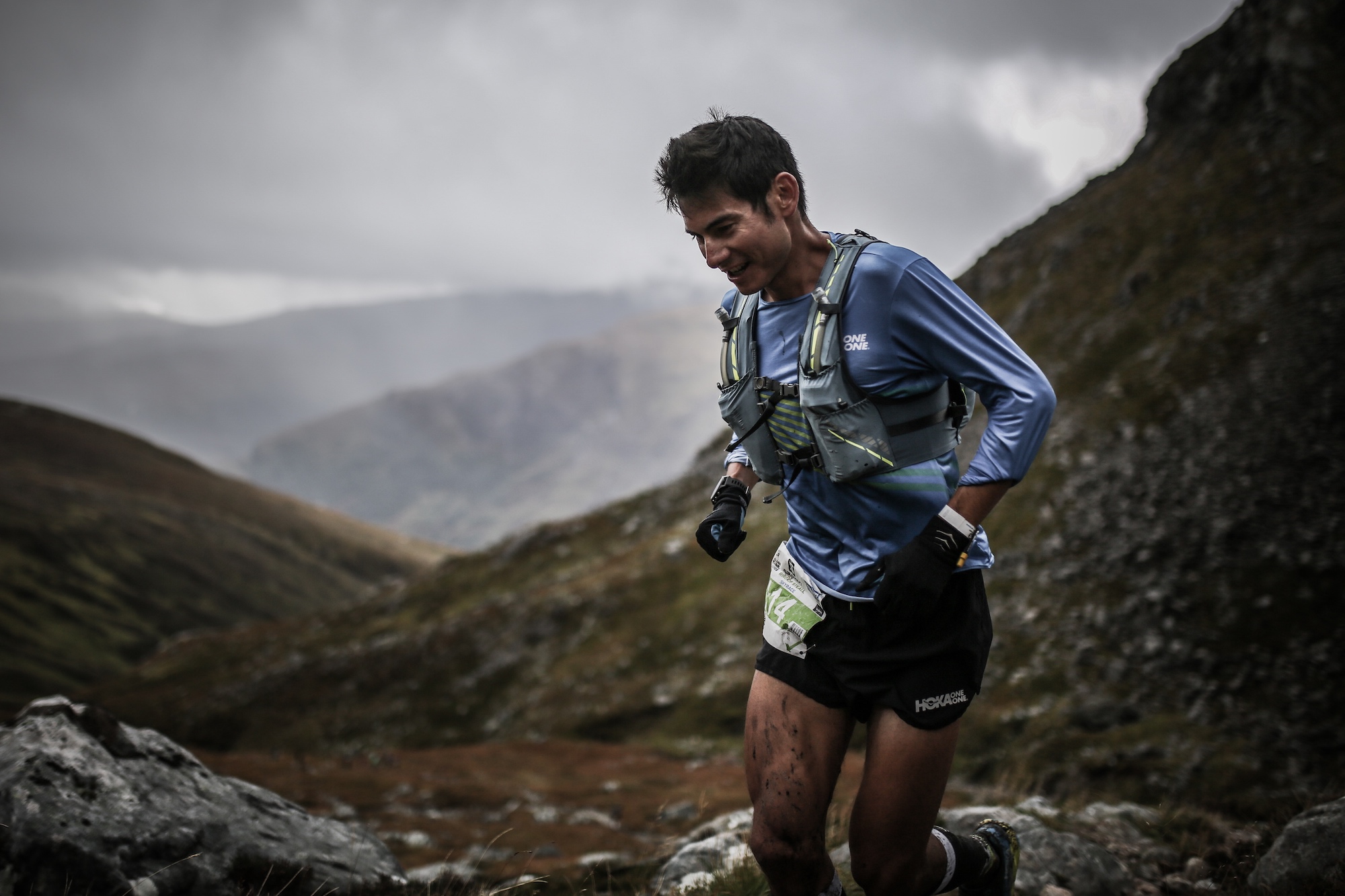 KINLOCHLEVEN, SCOTLAND– The technical and often muddy terrain of the Scottish Highlands are the setting for this Saturday’s 29 km Ring of Steall Skyrace™. The sixth and final race of the season-long Golden Trail World Series, the Ring of Steall is the last chance for runners to secure their place inside the top 10 and qualify for the Grand Final in Nepal in October.

The competition for the final places on both the men’s and women’s side is tight, and nearly all of the elite runners in the field have come to either defend their position inside the top 10 or use a good result to knock others out and book their trip to the Himalayas.

The Ring of Steall is part of a full weekend of trail racing in the Scottish Highlands. The race starts in Kinlochlevenand traverses high and remote mountainous terrain with some extremely technical ridge sections. Conditions can change rapidly and, although the weather forecast looks promising for this weekend,  conditions are often wet and slippery. From rock and scree to muddy and green, the Ring of Steall throws a lot at the competitors over the ups and downs of its 29 kms.

In the men’s race, Norway’s Stian Angermund-Vik (Team Salomon) is in 4th place in the overall series standings coming into the final. The winner of the 2018 Golden Trail World Series (GTWS) title, he will be one of the heavy favorites on Saturday. Angermund-Vik won the race in 2017 and, coming from Norway, is more than comfortable in wet, cooler conditions.

Another threat to win is last year’s 2nd place finisher, Nadir Maguet (Team La Sportiva) of Italy. He also finished 2nd at the Marathon du Mont Blanc and Dolomyths Run this season. Currently 7th in the overall standings, a solid race will send Maguet to the Grand Final.

Team Salomon athlete Bart Predwojewski of Poland is currently 3rd overall. He was 2nd in Zegama, 3rd in Chamonix and 5th in Italy. He was also 6th at the 2018 Ring of Steall and has been improving steadily since taking his running game international in the last couple of years. He won the Grand Final race in South Africa last October against a stacked field.

Switzerland’s Remi Bonnet (Team Salomon) comes to Scotland ranked 6th in the season-long standings. A good result will keep him in the top 10. Bonnet was 5th at the Marathon du Mont Blanc, 10th at the Dolomyth’s Run and 8th at Pikes Peak.

In his first year competing on the Golden Trail Series, Mexico’s Juan Carlos Carera (Team Buff) is just outside the top 10 at the moment, sitting in 11th. He was 4th at Sierre-Zinal and 8th at Pikes Peak.

Switzerland’s Marc Lauenstein (Team Salomon) and the USA’s Sage Canaday (Team Hoka) seemed a long way from earning a trip to Nepal at the halfway point of the season. Lauenstein missed considerable time with a foot injury and Canaday didn’t quite have his best form early on. Both have rebounded to put themselves in contention with a good result in Scotland. Canaday was 2nd at Pikes Peak and Lauenstein was just behind him in 3rd.

Team Scott’s Alexis Sevennec (France) is in the same position, needing a very strong result to earn a trip to the Grand Final. He comes in 13th overall, but was 4th here last year and the terrain suits him well. Other competitors who could threaten the podium are the UK’s Finlay Wild (Team Mountain Equipment) and Spain’s Eugeni Gil (Team Buff).

In the women’s race, Switzerland’s Judith Wyder (Team Salomon) is a newcomer to the series this year, but she has been on fire. She won the Dolomyths Run in record time then finished 2nd at Sierre-Zinal. The mother of two won six World Championship titles in orienteering so the technical terrain should be to her liking.

Currently 12th in the overall rankings, Gisela Carrion Bertran (Team Inverse) of Spain was 4th in Zegama and 10th at Sierre-Zinal. A good result could earn her a trip to the final. Running on home soil, the UK’s Holly Page (Adidas Terrex) comes in 18th overall for the series. She was 3rd at Ring of Steall a year ago and another race like that should put her in contention for a top 10 spot.

Norway’s Eli Anne Dvergsdal (Team Salomon) burst on the scene at Zegama, winning in convincing fashion. She followed that with a 3rd place in Chamonix. She’s currently in 8th position and is counting on a good result tomorrow to secure her place in Nepal.

Another Norwegian, Yngvild Kaspersen (Adidas Terrex) is currently in 10th position in the overall rankings with only two races run. She was 6th at Zegama and 2nd at the Pikes Peak Marathon. The Ring of Steall should suit her talents well as she looks to maintain her top-10 position.

Sweden’s Fanny Borgstrom (Team Salomon) finished 7th overall in the GTWS last year and comes into this race 16th overall for the 2019 campaign. She was 4th at Chamonix and 12th in Sierre-Zinal.

A handful of others are also outside the top 10 in the women’s rankings and looking for strong races in Scotland to vault themselves up the leaderboard. The USA’s Emily Schmitz is 15th, Spain’s Oihana Azkorbebeitia (Team Euskal Selekzioa) is 17th, Switzerland’s Maya Chollet (Team Mizuno) is 19th and France’s Celine Lafaye (Team Provence Endurance and Merrell) is 21st.

ABOUT THE GOLDEN TRAIL SERIES:
The elite runners of the Golden Trail World Series are trying to earn points in the season-long chase for a spot in the Grand Final, which will take place in Nepal in October. The athletes must participate in three of the six races during the series in order to be eligible for the final. The top-10 men and women with the most points in their three best races will earn a trip for themselves and a person of their choice to the Grand Final. The overall final standings (and the men’s and women’s champions) of the Golden Trail World Series will be determined again by the runners’ three best finishes during the season, plus their result at the Grand Final.