Tyvan Marce scales his own Everest 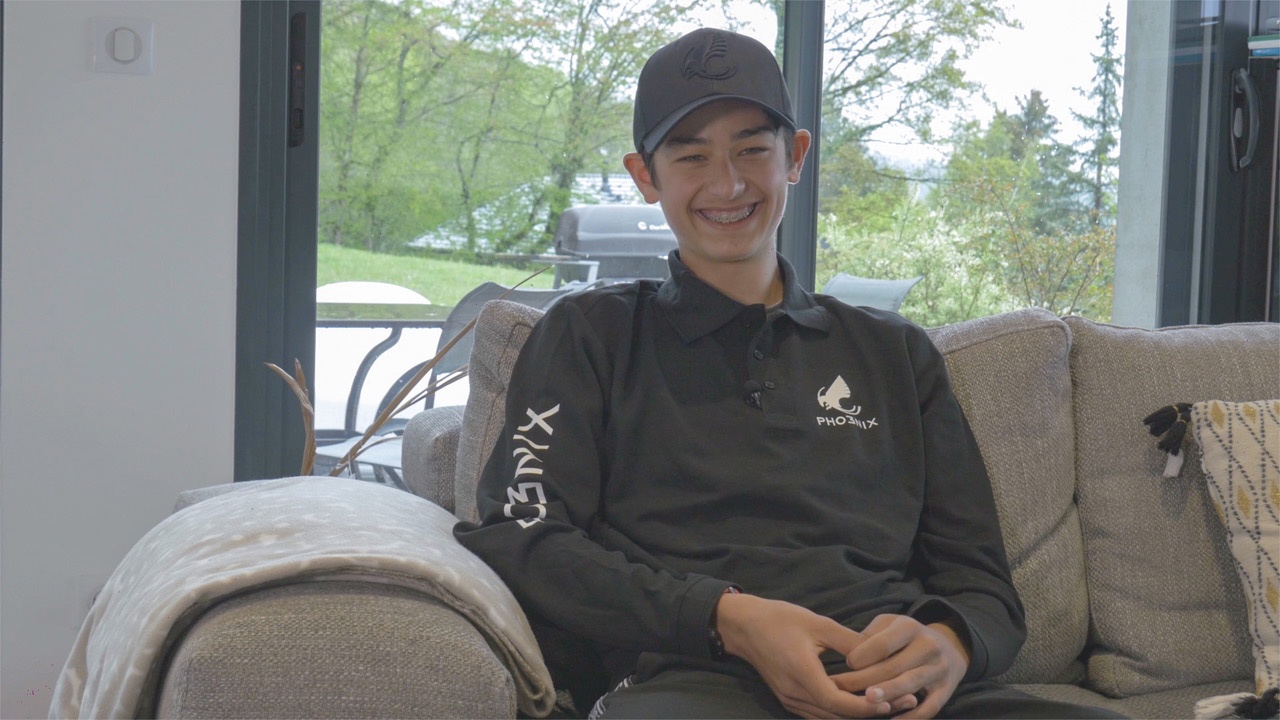 For sixteen-year-old trail runner and Pho3nix ambassador Tyvan Marce, it was a desire to challenge himself and discover his limits.

People say they want to climb Mount Everest “because it’s there.” But what would drive someone to run up and down a mountain to climb the equivalent elevation of 8,848 meters in one go?

For sixteen-year-old trail runner and Pho3nix ambassador Tyvan Marce, it was a desire to challenge himself and discover his limits. He decided he would try to “run Everest in a day” on Mont Saleve in the French Alps. The mountain known as the “Balcony of Geneva” stands 1,379 meters above sea level, and Tyvan would have to run up it six and a half times over a distance of 72 kilometers to achieve the required elevation gain.

On Sunday, May 16, 2021, Tyvan completed his attempt in 21 hours, overcoming the challenges of aching muscles, darkness descending on the trail, and the biggest obstacle of all: his mind.

The young Frenchman had previously ascended the equivalent of Everest base camp, or half of Everest’s elevation, giving him the confidence to start this attempt. But once past the halfway mark, his body was spent and only his mind was left to drive him on.

“During the first two climbs the imposed pace was really fast. After the fourth ascent I only had my mind left. Sixteen hours to keep up with my mind,” he said.

“Many times it was very complicated, mostly during the night because I wasn’t sure if I could do it. It was also very difficult during the middle of the challenge, but when I could see the finishing line at the end I just pushed myself to have the right mindset and finish.”

It took ten hours longer than the fastest known “Everesting” run time set by Mark Schulze, who ran 11 hours and 1 minute over 51 kilometers on the Spitzhaustreppe stairs in Radebeul, Germany. Tyvan’s is an unregistered attempt and thus does not appear in the Everesting website documenting such attempts.

However, Tyvan counts it as a success, saying, “The main purpose of the challenge was to discover my own limits; I had no idea if I could do it. As for the time it took me to achieve the challenge I would have liked to do better, but seeing that it was my first time with so much elevation change I am still very happy with the result.”

Tyvan thanks Pho3nix for the support that allowed him to make this attempt. He is already thinking about his next one — perhaps on a bicycle? Whatever it is, Pho3nix will be there to support young people like Tyvan using sport as a means to challenge themselves.

The Pho3nix Foundation is a not-for-profit with the sole purpose of assisting and inspiring children through sport. It sponsors the Pho3nix Team, an international team of elite athletes who embody the ideals of the Pho3nix: triumph over failure through revitalisation, resilience, and passion, becoming a symbol of hope and strength.