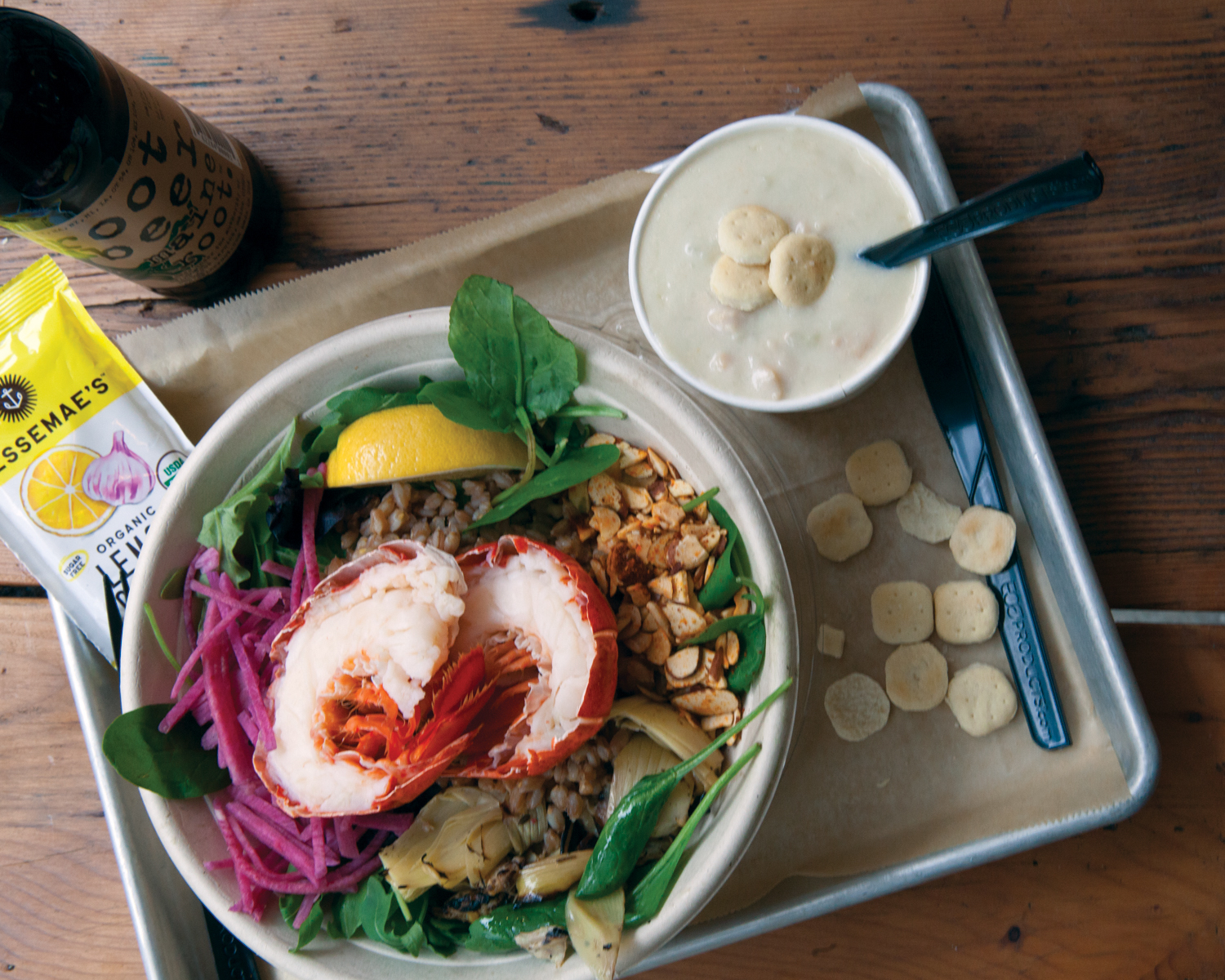 The two B Corporations are working together to raise awareness for ocean conservation with food sales and co-hosted cleanups.

“Our business relies on a healthy ocean to sustain our lobster population. So when we discovered United By Blue and learned about their mission and commitment to sustainably-produced apparel, we couldn’t think of a more natural partner in our efforts to support the coast,” said Ben Conniff, Co-Founder of Luke’s Lobster.

The co-hosted and promoted cleanups will leverage volunteers in New York City (March 24th) and Philadelphia (late Spring) to pull trash from coastal waterways. They will culminate at a cleanup in Maine (June 10th) where volunteers will pull trash from boats captained by the Tenants Harbor Fisherman’s Co-op, a co-op founded in part by Luke Holden, founder of Luke’s. The Co-op is comprised of Maine fishermen dedicated to providing sustainably sourced lobsters to Luke’s Lobster customers around the world.

“The oceans are a primary source of protein for almost a billion people on Earth,” said Kelly Offner, UBB’s Head of Cleanups. “We’re really looking forward to hosting joint cleanups with a fellow B-Corporation who cares as much for the health of our oceans as we do. This is the first time our cleanups efforts will take us onto islands in the Atlantic Ocean and this wouldn’t be possible without the partnership with Luke’s and the Co-op.”

The commitment to coastal waterway conservation is paramount in this partnership. UBB believes that products made for the outdoors should be kind to the outdoors and uses materials such as organic cotton, recycled polyester and hemp in their apparel and accessories to mitigate their ocean impact. Luke’s is committed to sustaining our coasts and the livelihoods of fishermen by ensuring their seafood is traceable and sustainably harvested.

“We’re honored to partner with and put our names next to Luke’s,” said Mike Cangi, UBB’s Brand Director. “Their commitment to strengthen fishing communities and to support waterway and coastal cleanup efforts made working together an easy choice.”

To learn more about and get involved with UBB’s and Luke’s cleanup efforts, go to unitedbyblue.com/cleanups. Enter to win a trip to Maine and join in the effort to conserve our coasts: lukeslobster.com/win-a-trip-to-Maine.

What: United By Blue and Luke’s Lobster are teaming up on sales of the Two Flannels warm grain bowl to remove a pound of trash from the world’s oceans and waterways for each bowl sold. They will pull trash at three co-hosted cleanups from Philadelphia to Maine.

United By Blue is an outdoor brand driven by the belief that every living creature is united by the blue of our world’s oceans and waterways, and we all share the responsibility to protect them. Our pledge unites our beliefs with our business: For every product sold, we remove one pound of trash from the oceans and waterways through company-organized cleanups. All apparel and accessories are responsibly made using sustainable materials such as organic cotton, recycled polyester, and bison fiber. United By Blue products can be found in more than 700 outlets nationally and in our stores in Philadelphia and Manhattan.

Founded in 2009, Luke’s Lobster is a Maine-bred seafood restaurant group committed to serving the best tasting seafood, sourced responsibly. From ocean to plate, Luke’s handles every step of the supply chain to ensure that only exceptionally fresh seafood is served in its shacks. The vertically-integrated process begins on the docks of Luke’s trusted fishermen partners in Maine and Canada, where it’s handpicked, then immediately treated at Luke’s seafood facility in Maine to preserve its freshness and quality, and brought directly to Luke’s Lobster’s 30+ shacks. Luke’s Lobster opened its first shack in the heart of New York’s East Village, and now has the privilege of serving seafood-loving guests in nine states across the country and in Japan.