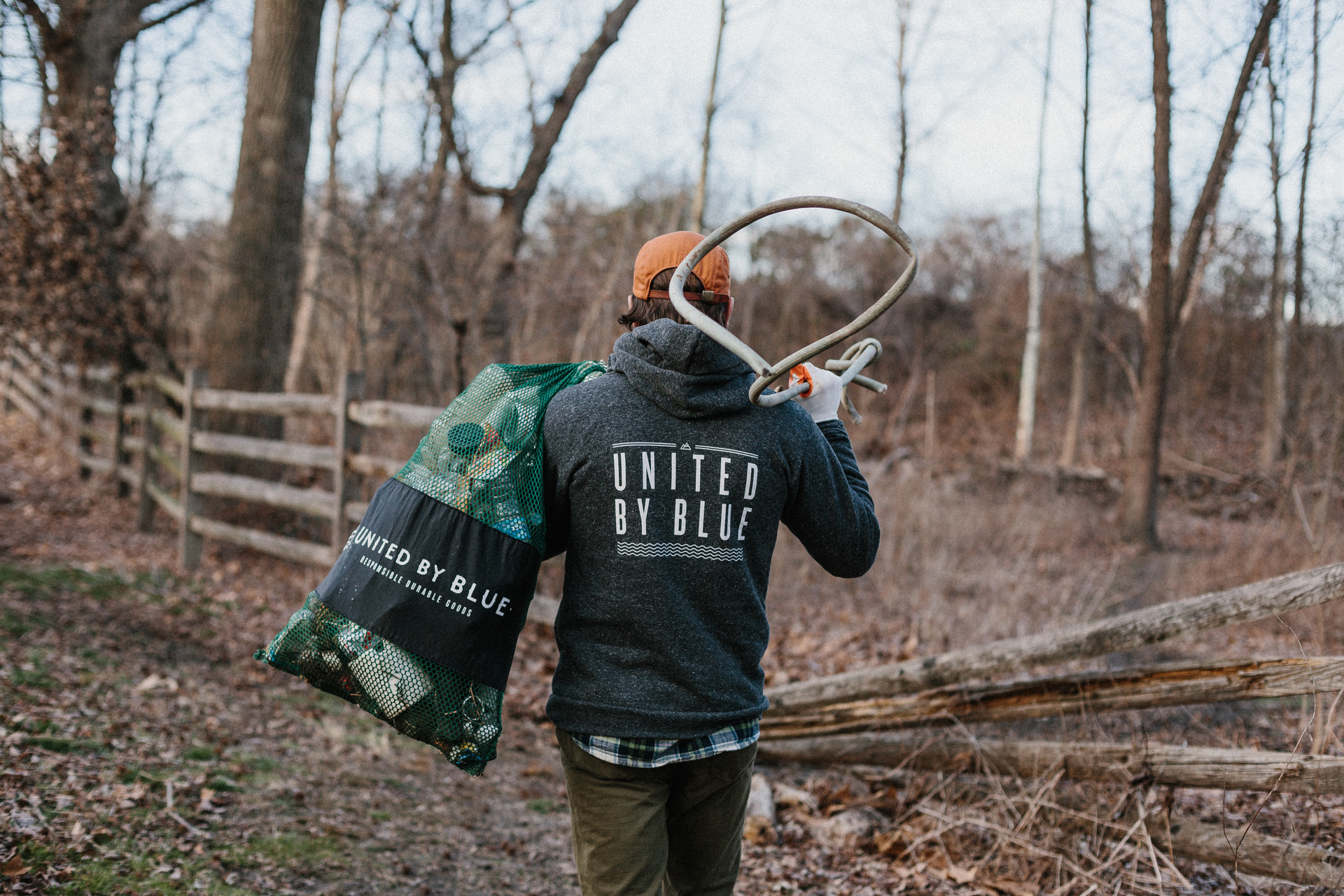 Together, the Groups Will Remove 75,000 Pounds of Trash from the Nation's Natural Water Sources in 2019

(Philadelphia, Pennsylvania) April 23, 2019 – United By Blue, the outdoor brand focused on ocean conservation, is teaming up with Maker’s Mark® Bourbon, a premium bourbon with a passion for sustainability, to remove 75,000 pounds of trash from the world’s oceans and waterways as part of the bourbon brand’s #CocktailsForCleanups initiative.

Since its founding in 2010, United By Blue has been committed to the idea that a successful outdoor brand can do serious conservation work, and to date, has removed 1.5 million pounds of trash from the world’s waterways through its organized group cleanups. Its efforts have been boosted by collaborations with fellow businesses that put sustainability at the heart of their values, like Maker’s Mark. As part of this year’s #CocktailsForCleanups collaboration, United By Blue and Maker’s Mark will be co-hosting four cleanups throughout 2019 in Chicago, San Francisco, Houston and Los Angeles.

“Water is at the heart of everything we do at Maker’s Mark, because without it, there is no Maker’s Mark Bourbon,” says Rob Samuels, Maker’s Mark Chief Distillery Officer. “We’ve gone to great lengths to preserve our own naturally limestone-filtered water source here at the distillery, but we also realize that our responsibility to the planet extends beyond our own grounds. We’re proud to partner with United By Blue and our fans throughout other regions of the country to ensure the preservation of our nation’s natural waterways.”

United By Blue is committed to hosting cleanups that have a measurable impact on the global environmental issue of ocean plastics pollution, and prides itself on continually raising its sustainability standards while learning from like-minded partners.

“We started United By Blue with the idea that an outdoor brand can have a tangible impact on ocean and waterway conservation,” says Mike Cangi, United By Blue’s Co-Founder and Brand Director. “It’s through partnerships like this that allow us to share the importance of limiting single-use plastics usage and encouraging sustainable consumer practices to relevant audiences. We’ve seen that those who drink Maker’s Mark care deeply about the state of our water and we are excited to equip them accordingly.”

GET INVOLVED: Those interested in supporting #CocktailsForCleanups are encouraged to register to participate in a cleanup in their local community by signing up at unitedbyblue.com/cleanups. Fans can also help spread awareness and create change by ordering or mixing their favorite Maker’s Mark drink and posting a photo of it on social media with #CocktailsForCleanups.

Bourbon enthusiasts are encouraged to learn more about Maker’s Mark’s sustainability efforts by visiting www.makersmark.com/cleanups. In addition to participating in cleanups and social media awareness, fans can also support the cause with a purchase of specialty United By Blue barware, as each United By Blue product purchased will result in one pound of trash being removed from our waterways.

All trademarks are the property of their respective owners.

About United By Blue

United By Blue is a sustainable outdoor apparel and accessories brand started in 2010 driven by the belief that every living creature is united by the blue of our world’s oceans and waterways, and we all share the responsibility to protect them. Our pledge unites our beliefs with our business: For every product sold, we remove one pound of trash from the oceans and waterways through company-organized cleanups. All apparel and accessories are responsibly made using sustainable materials such as organic cotton, recycled polyester, hemp, and bison fiber. United By Blue products can be found in nearly 1000 outlets globally, in our stores in Philadelphia, and online at unitedbyblue.com.

In 1953, in Loretto, Kentucky, Bill Samuels, Sr., fulfilled his dream to create a handmade and delicious bourbon. He decided to make his whisky in small batches, using soft red winter wheat to enhance the softness and sweetness. He then rotated each barrel by hand for consistency, and finally, aged each barrel to taste. Bill Samuels, Sr., transformed bourbon from a “commodity” into a premium handmade spirit, and today Maker’s Mark® continues to make its bourbon the same way. In recent years, Maker’s Mark has introduced thoughtful, super-premium innovations to its portfolio including Maker’s 46®, Maker’s Mark® Cask Strength, and Maker’s Mark Private Select®, the brand’s first-ever custom barrel program. In 1980, the Maker’s Mark distillery became the first distillery in America to be designated a National Historic Landmark and has also been decreed as the “world’s oldest operating bourbon whiskey distillery” by Guinness World Records. It remains one of the Commonwealth of Kentucky’s most popular tourist destinations, attracting hundreds of thousands of visitors annually. For more information, visit makersmark.com.