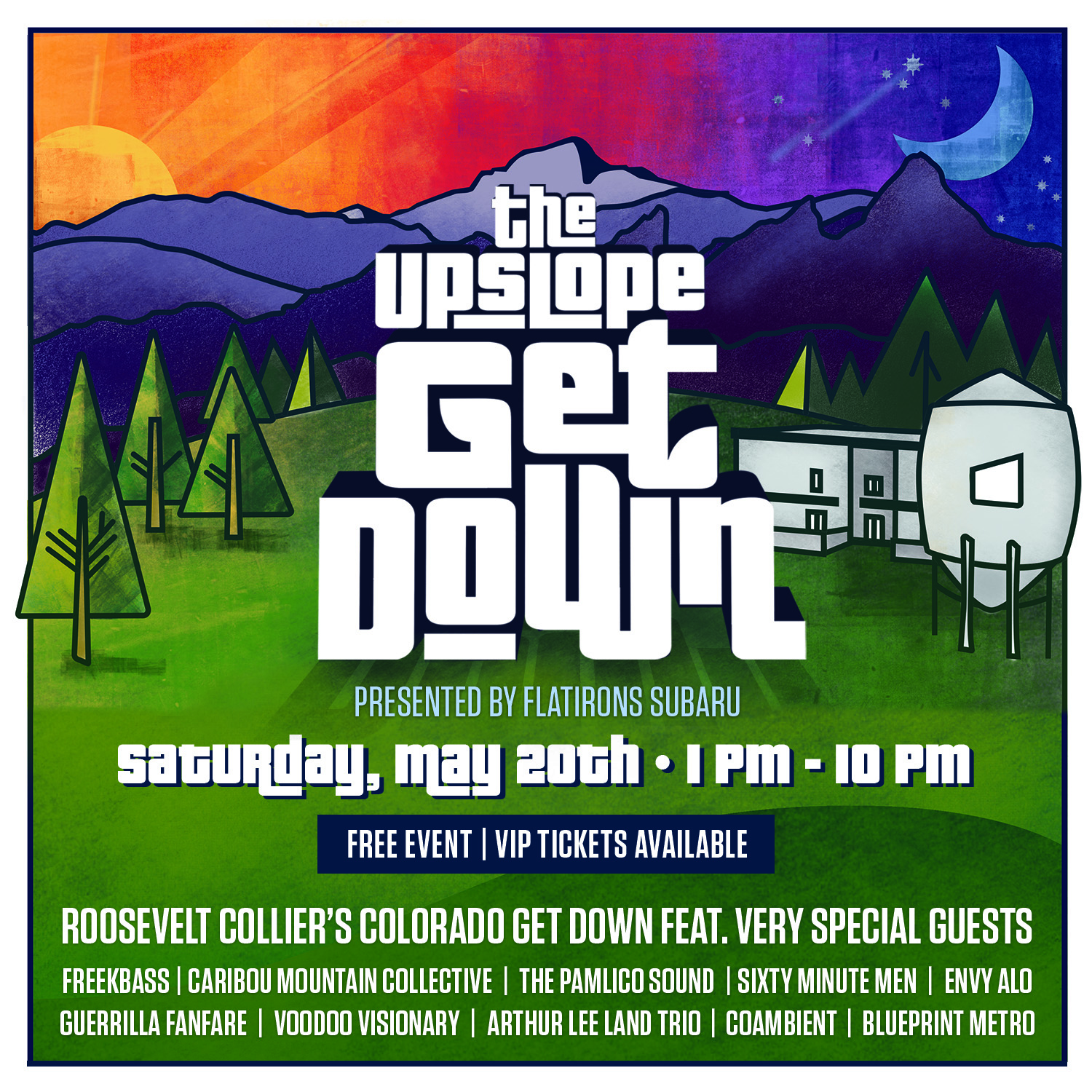 Boulder, Colo. (May 4, 2017) — Upslope Brewing Company is once again celebrating spring and American Craft Beer Week with its fourth annual Upslope Get Down Music Festival on Saturday, May 20, 2017 at their Flatiron Park brewery in Boulder. The fest will cap off American Craft Beer Week, a nationwide celebration of small and independent craft breweries. The weeklong tribute provides an opportunity for craft breweries to share their diversity, creativity and brewing passions.

The Upslope Get Down, presented by Flatirons Subaru, is a free, family-friendly music festival with Upslope beer, local food trucks, vendors, live art, games and a Kid’s Zone. The music will be jamming all day and night, with 11 bands performing on three different stages. A portion of the event’s proceeds will benefit Protect Our Winters, a global non-profit advocating for climate change on behalf of the outdoor sports community.

In addition to the core, year-round styles, the headlining beer at this year’s Get Down is Upslope’s new 2017 Experimental IPA. The beer is the first installment of a new annual Experimental India Pale Ale series and is a part of their seasonal Limited Release lineup. The series focuses on experimentation with hops and will highlight a different, brewer-selected combination of hops each year.

Boulder-based Upslope Brewing Company is the creator of premium ales and lagers that are artfully crafted using natural ingredients. Packaged in aluminum cans for exceptional portability and because it’s best for the environment, Upslope complements the outdoor lifestyle and caters to the on-the-go beer enthusiast. The five flagship beers include: Citra Pale Ale, India Pale Ale, Brown Ale, Craft Lager and Imperial India Pale Ale. Additional installments are offered in a seasonal Limited Release Series, the Lee Hill Series and the Tap Room Series. In an ongoing effort to protect watersheds nationwide, and the key ingredient in Upslope ales and lagers, one percent of Upslope Craft Lager can sales benefits local Trout Unlimited chapters in the state in which the beer is purchased. Learn more about Upslope at www.upslopebrewing.com.