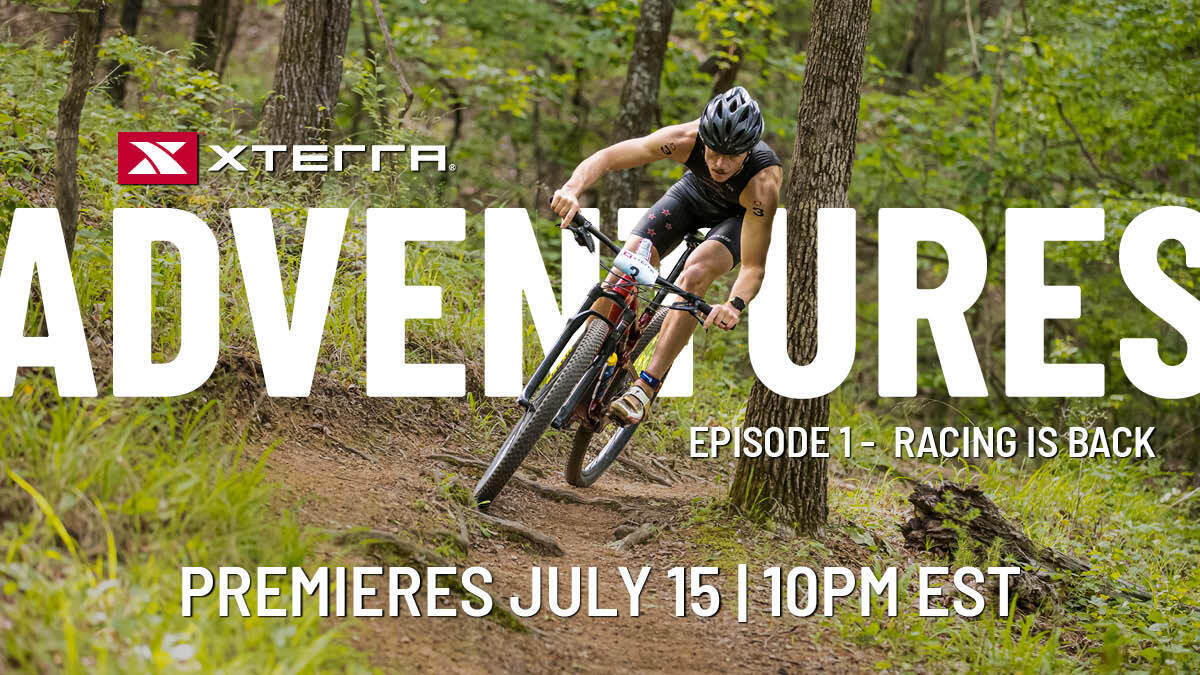 The first episode in an all-new season of XTERRA Adventures debuts on xterraplanet.com and Outside TV tonight, July 15, 2021, at 10pm EDT. Plus, big race at XTERRA Beaver Creek in Avon, Colorado on Saturday.

The first episode in an all-new season of XTERRA Adventures debuts on xterraplanet.com and Outside TV tonight, July 15, 2021, at 10pm EDT.

The seven-episode TV series takes viewers to some of the most iconic destinations in all of endurance sports for an inside look into the races, places, and people of XTERRA.

Hosted by Chun de Stockel, one of the most colorful and engaging entertainers on the XTERRA World Tour, XTERRA Adventures celebrates the connection between outdoor enthusiasts and the stunning natural environments they explore.

Produced by XTERRA in collaboration with Icarus Sports, the half-hour episodes will introduce a new theme in each show with topics ranging from athletes overcoming adversity to the fascinating new XTERRA Short Track format of off-road triathlon racing.

The series premiere, filmed on location at Oak Mountain State Park in Shelby County, Alabama in May 2021, showcases the exhilaration of XTERRA’s long-awaited return to racing.

As the first XTERRA major in the U.S. since the pandemic began, XTERRA Oak Mountain welcomed a grateful and inspired collection of elite and amateur racers back to the playing field.  Among them, the reigning and two-time XTERRA World Champion Bradley Weiss, who made the trek all the way from his hometown of Stellenbosch, South Africa to reclaim his racing lifestyle.

Viewers in the U.S. can find the shows on xterraplanet.com and Outside TV, with a new episode each month from July through January.

About Outside TV
Outside TV is an award-winning multi-platform channel for adventure sports and outdoor lifestyle enthusiasts. With original content and captivating storylines, Outside TV’s programming inspires and encourages active participation in the outdoors through sport, travel, fitness, food, and more.  It’s now easier than ever to live the adventure on Outside TV with delivery over traditional, OTT, CTV, FAST and digital devices, including the free Outside TV App.

Major League Baseball hosted its annual All-Star Game at Coors Field in Denver, Colorado on Tuesday and this Saturday, just two hours west of The Mile High City, XTERRA will host its own version of the mid-summer classic by hosting hundreds of the absolute best professional and amateur off-road triathletes in the world at Beaver Creek Resort in Avon.

Beyond just the stellar competition, the field will be up against one of XTERRA’s toughest challenges. Host to championship racing since 2009, the XTERRA Beaver Creek course is a unique beast, boasting the highest elevation of any major on the XTERRA World Tour.

It starts with a one-mile swim in the cold waters of Nottingham Lake situated at 7,400-feet elevation. The next step involves roughly 15 miles of mountain biking that climbs 3,500-feet into the thin air of the Rockies. The first climb alone gains 2,000 vertical feet in just over four miles.

It peaks out at 9,400 feet, then twists through well-maintained single track to Beaver Creek Village. The final piece of resistance is a calf-burning, lung-busting, six-mile trail run which breaks down into essentially two brutal climbs, each with over 500 feet of climbing (roughly 1,050ft for the course).

2015 XTERRA World Champion Josiah Middaugh, who lives and trains just down the street from the course he helped design, manages the effort better than most. He’s won six of the last seven races. Mauricio Mendez, the 2016 XTERRA World Champion, won the other time in 2018. They’re both back.

And then there’s Sam Long, the talk of the triathlon world right now, who crushed this course and placed second as a 20-year-old college kid five years ago.  He’s gotten a lot faster since then.

Eric Lagertsrom made his XTERRA debut in May, and looked right at home at the front of the race until a couple flat tires and a Kiwi named Sam Osborne came along.  He’s been dying for a second chance ever since, and will get it on Saturday. Osborne went on to win that race in Alabama in May, and more majors in 2019 (6) than anyone else on the XTERRA World Tour.  He wants this one to add to the collection.

Then there’s all the Colorado-based racers, who push themselves to the limit in the thin air on a daily basis.  Kieran McPherson, Mike Meehan, Branden Rakita, Brad Zoller, Brian Smith, the list goes on.

Race starts 9am MDT on Saturday, July 17. Follow the updates on Instagram/xterraplanet.

In the women’s chase Suzie Snyder is out to defend the title.  It took her years to master this course, and her performance in 2019 was masterful indeed.

Samantha Kingsford got a taste of the challenge in 2019 (finished 4th) and is hoping to leverage the learnings from that day into a top spot effort on Saturday.

Amanda Felder had a breakout race at XTERRA Oak Mountain in May, placing second behind Kingsford and with renewed energy for off-road triathlon.  Tess Amer, Nicole Valentine, Michelle Mehnert, and Rebecca Zitnay are also hoping to land a podium spot.

In addition to the elite race, more than 700 endurance athletes and outdoor enthusiasts will take part in the myriad of weekend offerings in the mountains to celebrate the XTERRA mantra to “Live More!”

XTERRA® is a global lifestyle brand and off-road race series. What started in 1996 as the world’s first off-road triathlon in Maui, Hawaii, is now an endurance sports lifestyle with a racing presence in over 30 countries worldwide and expanding. XTERRA® cultivates a passionate and dedicated community, celebrated by intrepid triathletes, trail runners and outdoor adventurists around the globe.  Learn more at www.xterraplanet.com.