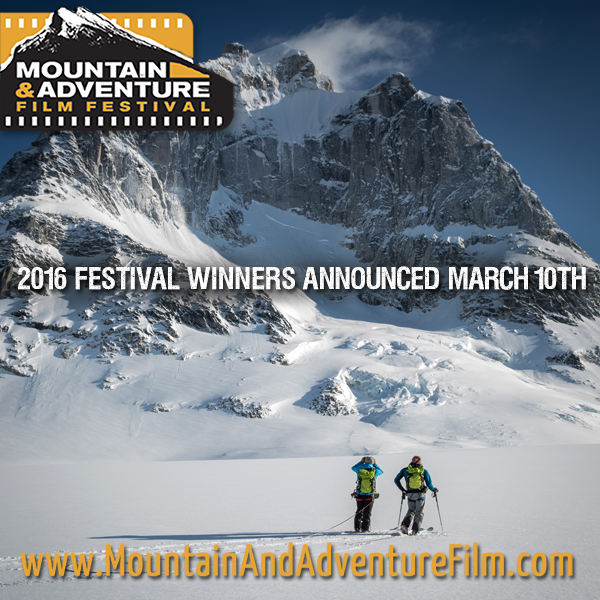 Following the conclusion of the 2nd Mountain & Adventure Film Festival, Film Festival Flix is pleased to announce the 2016 award-winning films. This past February, 70 finalists competed in 11 categories over 29 days. Viewers were able to watch and vote for their favorite films through their computer, tablet, smart phone, or Internet connected TV. “We couldn’t be more pleased with the quality of this year’s films, our audience’s reaction, and the exponential growth we saw over the 2015 festival” said Film Festival Flix CEO, Benjamin Oberman.

The 11 award-winning films will be available for viewing in the upcoming digital Mountain & Adventure Winners Showcase which runs online at www.FilmFestivalFlix.com. Registered viewers with their $19.99 Winners Showcase pass will have 24 hour streaming access to the winning films, from April 1st – 30th, accessible from any Internet connected computer, tablet, smart phone, or TV. View the Winners Showcase trailer at Film Festival Flix.

Watch the films and BE INSPIRED!
In your home or on the go, we bring the festival to you.