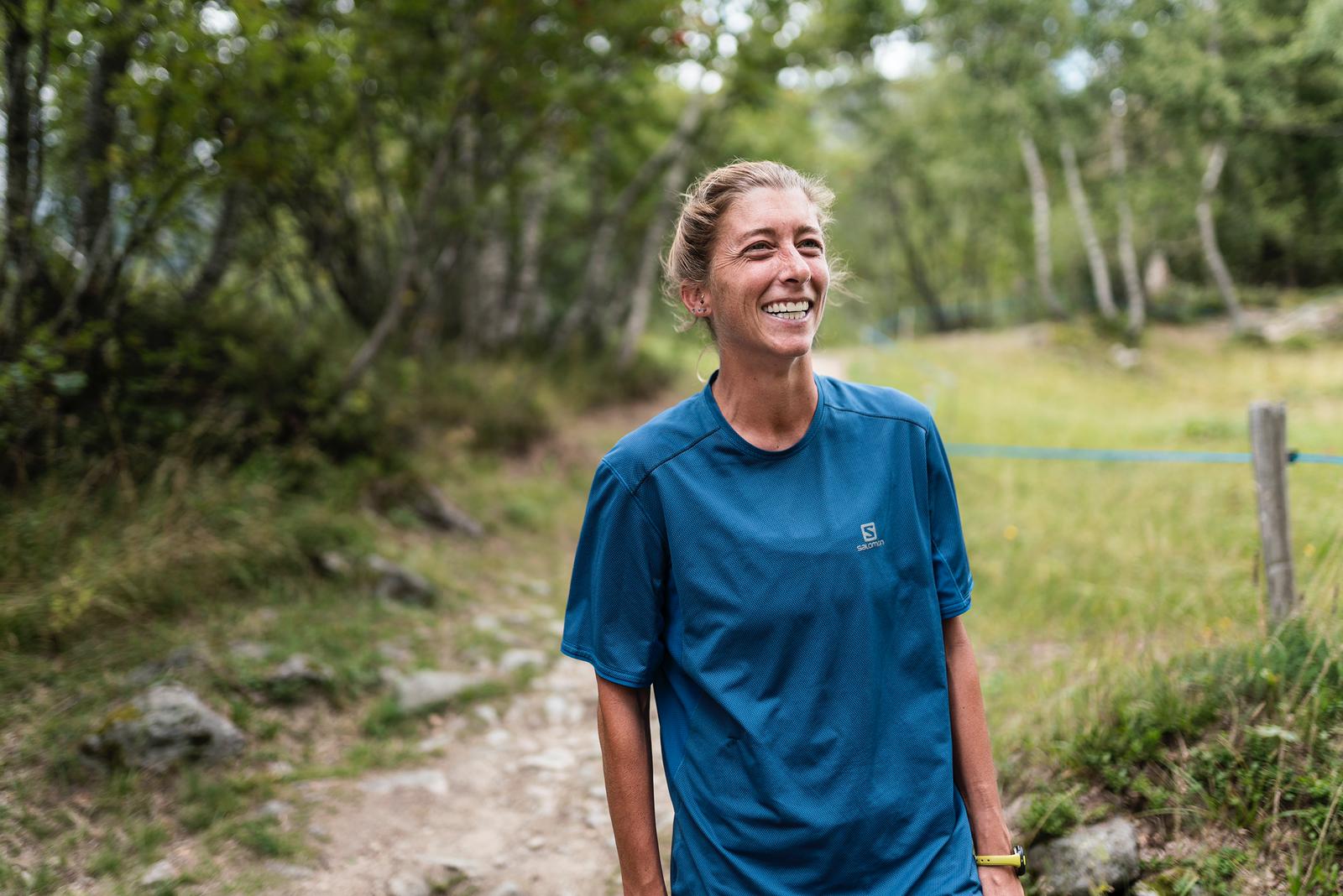 CHAMONIX, FRANCE (Sep. 4, 2019) — Late Sunday afternoon—still dressed in her customary long prototype Salomon shorts that appear more suited to the basketball court than a running catalog—Salomon trail running athlete Courtney Dauwalter was trying to process the fact that she had won the famed Ultra-Trail du Mont Blanc (UTMB®). Considering that the likeable 34-year-old American has made a habit of winning more than a few ultra races over the last few years, that seemed a bit surprising.

“It’s pretty unbelievable to be among the group of people that have won this race,” she said after winning the 171-kilomter (106 mile) race on her very first try in a time of 24 hours, 34 minutes and 26 seconds. “I never thought that would be me.”

Dauwalter was the fastest around the gorgeous Mont Blanc massif by running a smart, controlled race early on because she didn’t feel quite at full strength. She took the lead after the Bonatti aid station at 90 kilometers on the Italian side of the Mont Blanc, then extended her lead while in Switzerland. When Dauwalter crossed back into France, the outcome was hardly in doubt. She won by nearly one hour over Sweden’s Kristin Berglund, who finished in 25:30:20 to make it a 1-2 day for Team Salomon in the women’s race.

“It wasn’t very smooth at all, but that’s why I like ultra-running,” said Dauwalter, who was coming back from a hip injury that forced her to abandon the Western States 100 mile race in California earlier this season. “I didn’t feel very fit the whole first half of the race. I felt really sluggish for a while and then in the last quarter of the race my legs were just toast and my stomach turned. I just didn’t get started right away. My body was not getting the ‘go’ sign. It took about 50 miles of warming up. So it wasn’t pretty, but we made it here.”

When she did, Dauwalter told the thousands of fans at the finish line in Chamonix that there would be at least one or two celebratory beers in her immediate future.

“The crowd and the atmosphere were incredible,” said the resident of Golden, Colorado. “That was more high-fives than I have given in my entire life.”

In addition to her prototype S/LAB shorts, Dauwalter relied on a full kit of Salomon apparel and gear to navigate the course’s more than 10,000 vertical meters (33,000-plus feet). Her gear included: the S/LAB Ultra 2 running shoes, an S/LAB Sense T-shirt, S/LAB Sense Ultra foldable poles and the S/LAB Sense Ultra 8-liter running pack with soft flasks. In her pack, she carried the S/LAB 360 Motion Fit jacket, waterproof Salomon pants and other mandatory gear.