Aaron Huey to Speak at The Conservation Alliance Breakfast

Bend, Ore., October 18, 2018 – Photographer Aaron Huey will be the featured speaker at The Conservation Alliance Breakfast at the upcoming Outdoor Retailer Winter Market. Huey’s presentation will provide a rare and intimate look at the embattled Bears Ears National Monument in Utah, with a focus on the creation and attempted dismantling of the protected landscape. The breakfast, which is open to the public, is Friday, November 9, 7:00-8:50 a.m. at the Hyatt Regency at Colorado Convention Center in Denver.

One year after President Obama designated Bears Ears National Monument in 2016, President Trump took the unprecedented step of reducing the Monument’s boundaries by 85-percent. Trump’s action triggered a widespread battle over U.S. public lands that continues to this day. Huey’s presentation is based on his images of Bears Ears, which will accompany the cover story for the November 2018 National Geographic magazine.

“Bears Ears National Monument is a proxy for all public lands in the U.S.,” said John Sterling, Executive Director of The Conservation Alliance. “We are fortunate to have Aaron Huey show us why this special landscape is so important, and worth fighting for.”

Huey is a National Geographic photographer, a Stanford Media Designer, and the Founder and Creative Director of Amplifier.org. He has photographed more than 30 stories for the National Geographic magazines and is a Contributing Artist at Harper’s Magazine. Huey is also widely known for his 3,349-mile solo walk across America (with his dog Cosmo) and his TED Talk on Native American P.O.W. Camps. 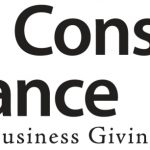