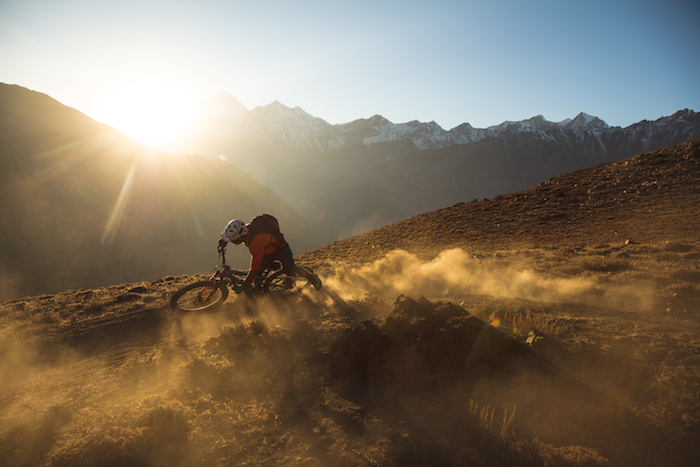 Midland, MI – October 23, 2018 – BeAlive, a digital video entertainment network for the mobile, social generation of outdoor adventure enthusiasts, has picked up the broadcast, cable, and digital rights to three new documentary films, “The Bikes of Wrath,” “RJ Ripper,” and “The Frenchy.” All three were recently announced as official selections at the prestigious Banff Centre Mountain Film and Book Festival taking place October 27 to November 4 in Banff, Alberta.

“BeAlive is proud to be the distribution partner for these award-winning films,” said Michael Mathieu, CEO of BeAlive. “To be recognized by the Banff Centre Mountain Film and Book Festival as official selections is just another testament to the efforts of these filmmakers to tell incredible stories of adventure and the human spirit.”

The short film “The Frenchy,” which is also live on BeAlive, is the story of 82-year old Colorado-based French ski racer and downhill mountain biker, Jacques Houot, who is a local legend in Colorado as an age-defying athlete and an incorrigible flirt. The short film is directed, filmed, and edited by Michelle Smith. “The Frenchy” was a 2018 Official Selection at the Mountainfilm Festival and was featured on opening night of the 5Point Adventure Film Festival where it won the “Pure Joy” award.

The documentary “The Bikes of Wrath” chronicles the story of five Australian friends as they attempt to cycle from Oklahoma to California in honor of the mighty westward migration undertaken by The Grapes of Wrath’s Joad family. The film is directed and produced by two of the cyclists, Cameron Ford and Charlie Turnbull, and is the recipient of numerous awards including the “Spirit of Adventure Award” at the 5Point Film Festival and “Best Documentary Feature” and “Best Feature Director” at the Twister Alley Film Festival.

“I remember going to see the Banff Film Festival as a teenager when it traveled to Australia. I would always leave the cinema feeling awestruck and completely inspired. It was probably that inspiration that sparked The Bikes of Wrath adventure, so to be showing the film at this year’s festival is really special for me,” said Charlie Turnbull, Bikes of Wrath. “BeAlive is the perfect fit for us and our films, and it feels like we’re part of the family. We’re really excited to work together on The Bikes of Wrath and on many projects in the future.”

“The Bikes of Wrath” will launch in early 2019. In addition to being a distribution platform for unique outdoor stories and documentaries, BeAlive also produces original short-form videos, series and social content, all focused on outdoor culture, sports and adventure, for an audience of 18 to 34-year-olds.

“What these films have in common, is spirit and incredibly talented storytellers,” said BeAlive Licensing Producer, Bethany Scully. “The ability to partner with filmmakers like these is what personally drew me to BeAlive, and I could not be more thrilled to share these stories. I hope that they ultimately entertain and inspire others as much as they did me.”

BeAlive is constantly looking to be a champion of outdoor stories, so to schedule a meeting with BeAlive’s licensing team at the Banff Centre Mountain Film and Book Festival, contact Jonalyn@gobealive.com.

BeAlive is a digital video entertainment network for the mobile, social generation of outdoor adventure enthusiasts. Our mission is to share epic stories of human experience, outdoor adventure, and expedition to inspire people to live their passion outside. With offices in Oakland, CA and BeAlive’s flagship production studio in Michigan, the Company develops and produces high-quality original digital video and series, in addition to branded content to bring authentic stories to life for both its audience and advertisers. Visit us at www.gobealive.com