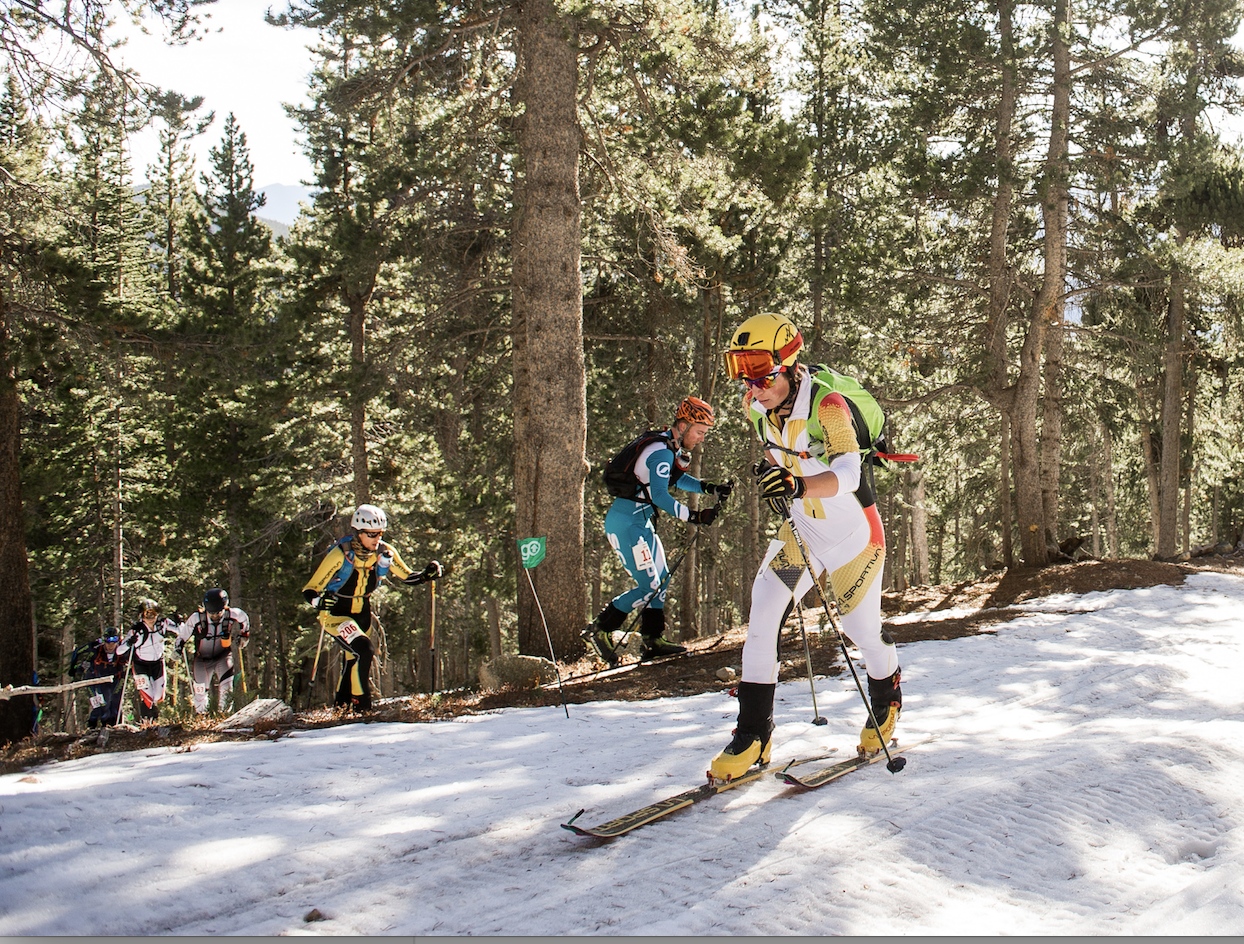 On December 1st & 2nd, racers from all over the world arrived in the Front Range of Colorado to race in a two-day format at Eldora Mountain Resort.

Boulder, Co (December 8,2017) – The COSMIC series, the leading ski mountaineering organization in North America, has officially kicked off eleven years of skimo. On December 1st & 2nd, racers from all over the world arrived in the Front Range of Colorado to race in a two-day format at Eldora Mountain Resort. This National Cup Race, called the Indian Peaks Rally, had over 100 racers over the course of two days.

On Saturday, December 2nd there were two races, the Individual Race – Traditional format 2500 to 4000 ft vert ski-mountaineering race. After the Individual race spectators gathered to watch racers participate in a Sprint Race – Sprint-style short race on a single run.

Throughout the day Demos from Dynafit were available to the public, as well as Upslope Brewery ensured everyone was well hydrated.

“It was a great way to start the season,” declared John Gaston. “You never know how those first races are going to go, so it was nice to get a little confidence boost before the World Cup starts in January and know that the things are on the right track. Joe (COSMIC) and Sam (Eldora) really put together a great event considering what they had to work with. It’s been a lean early season for Colorado but they still managed to come up with a fun and challenging course that had a bit of everything. I think it’s great to see the level of stoke and participation on the Front Range for this growing sport and commend Eldora for their effort and commitment to hosting a truly competitive event despite the tough conditions.”

Professional athlete Martina Valmassoi, from Cadore, Italy was the overall female winner. “For my first experience racing in the US, it has been exciting. Despite the lack of snow, the organizers put down a challenging and fun course. I’m obviously satisfied to have won but even more to enter into this wonderful community.”

A full list of results can be found HERE. Stay in touch on the latest details about upcoming racing & events at COSMICSKI.com and on social – FB & Instagram.