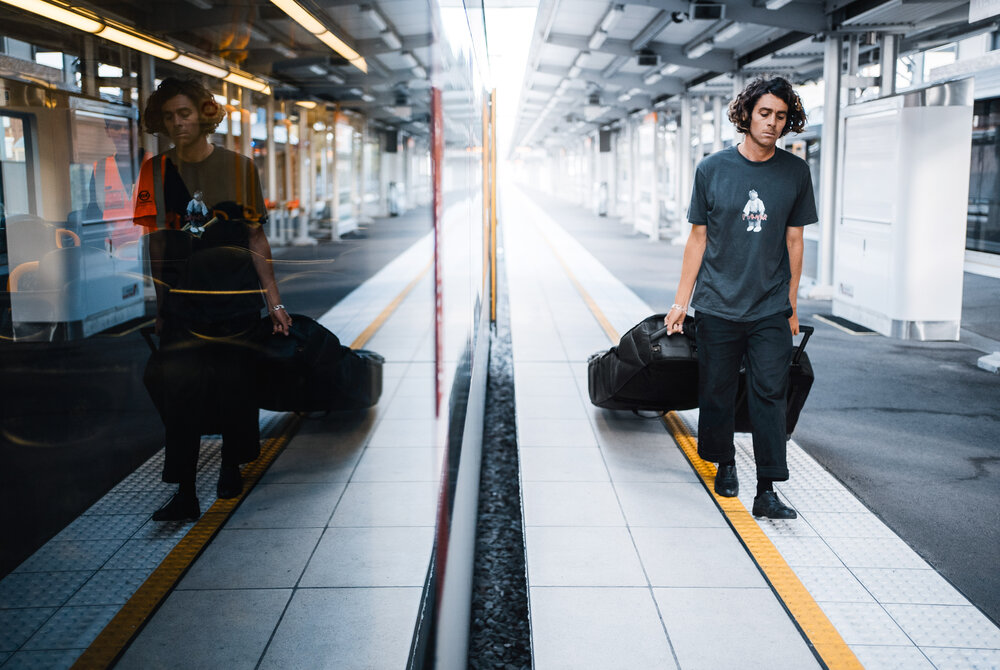 Free-surfing luminary signs for board bags, backpacks and luggage.

“I’m really excited to be joining Db,” Craig says. “They have a great attention to detail with the products they make, and I like that they’re pretty stealth — all black — and how the bags all mesh really well together.”

Db debuted its first surfboard bags, The Bunker and The Shelter, in mid-February of this year, and sold out its pre-orders in just a few days. The bags apply the same patented Rib Cage Technology, Length-Adjustment and Hook-Up Systems that it used to revolutionize ski and snowboard luggage. Combined with its sleek Scandinavian design, Craig saw the perfect mix of style and function.

“It’s been at least a year of communicating on all sorts of levels with the team, getting my input on products and the development of the brand.”Check out this edit named Debut that Craig worked on with Director Kai Neville as an intro to joining the Db family: Video link – Here

“We’re over the moon to have Craig as an ambassador,” says Wes Schaftenaar, head of the Db Surf program. “I don’t think there’s been a more stylish and influential freesurfer in the last decade, so to have Craig’s fingerprint on the bags and the brand is really exciting for Db. We are looking forward to supporting and working on some epic projects with Craig in the years to come.”

To learn more about The Bunker and The Shelter please visit dbjourney.com/surf.

Db was founded in Norway in 2009 by freeski legend Jon Olsson and engineer Truls Brataas with the goal of redefining travel gear to enable better journeys. Db designs and markets backpacks, carry bags, luggage, and accessories for urban people who love outdoor lifestyles and travel. The company is a 4-time Gaselle award winner following its triple-digit growth and sustained profitability since the brand officially launched in 2012. Db is a multiple ISPO design award winner and Brataas is a recipient of the International Ernst & Young Entrepreneur of the year award. Db is independently owned and operated from its headquarters located in Oslo, Norway where the company employs 25 people.