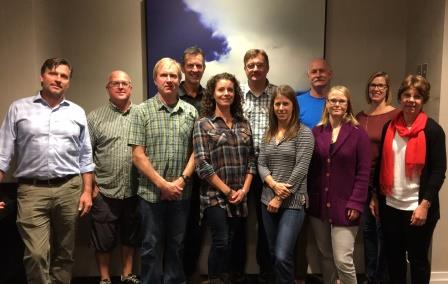 Asheville, NC – In early October, nine EORA Board members gathered in the historic section of Philadelphia for their annual meeting, and spent time focusing on the future and growth of the organization. Of note, EORA welcomed 75 new members in the first 9 months of 2016 — a 39% increase over 2015’s new member total.

To continue encouraging members to join and stay with the organization, the Board decided to continue to keep a number of incentives in place:

Other meeting highlights include long-range planning and budgeting, approving a succession plan for the Executive Director position, and awarding $4,500 in grants to 6 organizations.

The EORA Board will meet again in Washington D.C. in March 2017.

Eastern Outdoor Reps Association (EORA) is a not-for-profit association that produces regional tradeshows that bring together over 500 sales reps and 2,300 retailers each year in the Eastern US. Initially focused on traditional specialty outdoor, EORA has since expanded to encompass a wide array of retail categories, including lifestyle, specialty run, bike, resort, paddle sports, and more. EORA was founded in 1979 and has grown steadily in membership over the years.

View all Releases by Debbie