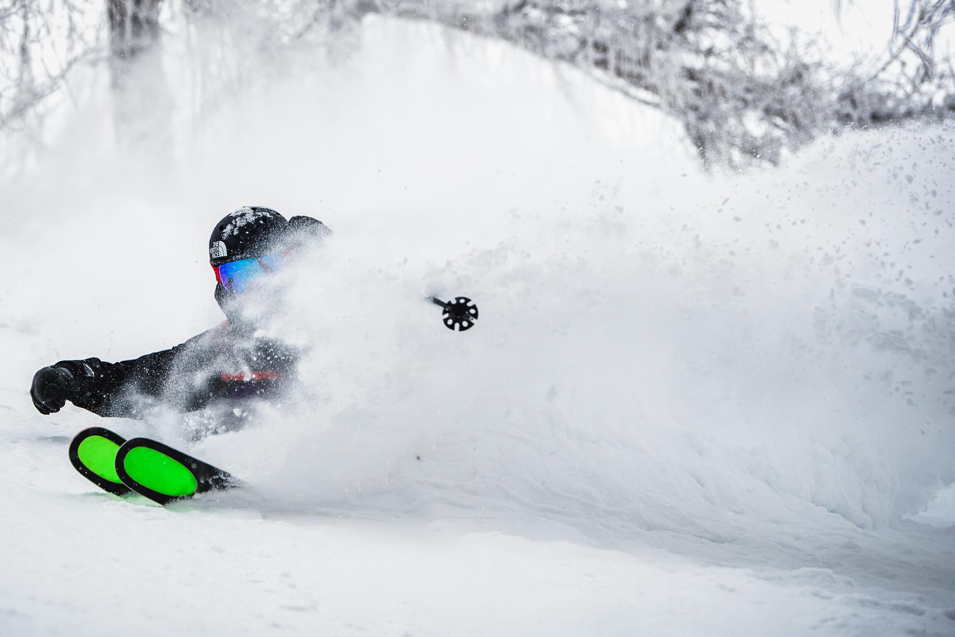 Presented by REI, FAR OUT Is the latest in 23 seasonal ski films by Teton Gravity Research

Jackson, Wy – Teton Gravity Research (TGR), the global leader in action and adventure lifestyle media, is proud to announce its 2018 annual ski and snowboard film, FAR OUT, presented by REI. The film will premiere in Teton Village, Wyoming, in early September kicking off an international tour.  Supporting sponsors of FAR OUT include: Yeti, 10 Barrel, High West, Crested Butte, and Jackson Hole Mountain Resort.

FAR OUT is a reflection on the three-hundred and sixty-five days a year that we have the opportunity for a fresh start at life. A new day and a fresh coat of snow reminds those of us that slide on snow, that skiing and riding are a way of life. Passion and freedom are some of the gifts we receive from being in the far out corners of this world.

Join the TGR crew on one of their boldest missions ever.  The film follows the perspective of an athlete as he embarks on a journey to one of the most remote and unexplored mountains ranges on the planet, the Albanian Alps.  While the final destination appears to be the ultimate goal, it is the collective of athletes, experiences, and the array of locations around the world that inevitably drive the season’s adventure. Witness mind-bending pillow lines as the crew camps out deep in the Purcell Mountains of BC, experience urban madness in Kamchatka and the roughness of the Crazy Mountains in Montana.  Join the crew in the Slovenian Alps for over-the-head cold smoke, watch an 11-year-old rip Jackson Hole, discover the alien landscape of Girdwood, Alaska and see Sean Jordan ride into Crested Butte on a black stallion to shred the Southern Rockies.  Find out if the wildest and most untamed mountains in Europe let us in, and if the ultimate destination became a reality.

“It is interesting that when we travel far afield to ski and ride, what we often find is not simply some intoxicating remote landscape but the complex  topography of our own souls in far out places,” said TGR co-founder, co-director, and executive producer Todd Jones.

The message being delivered by the FAR OUT athletes is of a serene mind and a satisfied soul as they explore British Columbia, Girdwood, AK, Slovenia, Albania, Russia, Jackson Hole, Crested Butte + more. The film is about a way of thinking and doing, it’s about the search for something that lies outside of the ordinary.

One need not travel to the high hidden places of the world to know the meaning of FAR OUT.  Far out might simply mean skiing or riding in the meadows or perhaps, riding a rail when the winter grips the city. It could be sliding down a Colorado hillside or across the great expanse of an Idaho corn field. You are far out when you feel the cold winter air in your lungs, the sting of wind-driven snow on your face, and when you realize how insignificant you are in this extraordinary far out world.

Go my friends. Don’t look back. Lose yourself and maybe you’ll find yourself — FAR OUT. More information on the film and nationwide tour can be found at tetongravity.com/films/FAROUT.

Teton Gravity Research is the most decorated action sports brand in the world. Known for original, custom and branded content. TGR’s world-class storytelling has captivated audiences for more than 21 years. With 39 award-winning films, numerous television series, and national commercial spots TGR is leaving a global, multi-channel footprint. Teton Gravity Research is one of the fastest growing media brands with a thriving millennial audience, award-winning multimedia film projects, a rapidly growing experiential platform and unprecedented viral content, TGR is a proud member of the Surfrider Foundation, 1% For The Planet, BICEP, IMBA, and Protect Our Winters. For more information on TGR, visit TetonGravity.com.