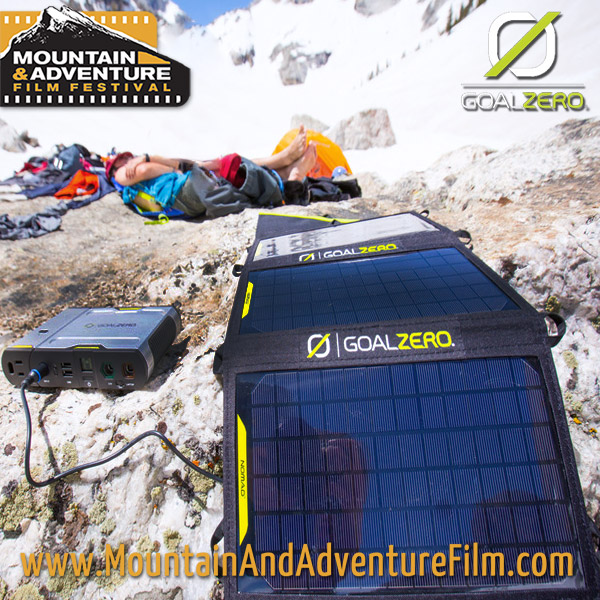 The Film Festival Flix Mountain & Adventure Film Festival is excited to announce its partnership with Goal Zero for the 2016 festival which launched February 1st. “Hosting a digital film festival is as green as you can be. Harnessing the power of the Internet allows audiences worldwide to be inspired by these films through any Internet connected device. Goal Zero is providing an off the grid alternative and powering these devices anywhere there is sun!” says Film Festival Flix CEO, Benjamin Oberman.

As part of the partnership, Goal Zero has donated a Sherpa 100 Kit. All persons who purchase a $29.99 festival pass before midnight PST on February 21st will be eligible to win the kit. (Retail Value $599.95). As the sponsor of the “Best Climbing Film” category, Goal Zero will present the award and cash prize to the winning film.

The Mountain & Adventure Film Festival runs February 1st – 29th online at www.MountainAndAdventureFilm.com. The festival amplifies the experience, films, and conservation message, traditionally reserved for attendees of major mountain film festivals, to the World. Viewers with a $29.99 pass can watch over 70 films anywhere, any time, on any Internet connected device. They can engage with filmmakers, athletes, and conservation experts through our Google Hangouts, Twitter Chats, and Facebook Q&A’s.

Learn more about the festival at www.MountainAndAdventureFilm.com.