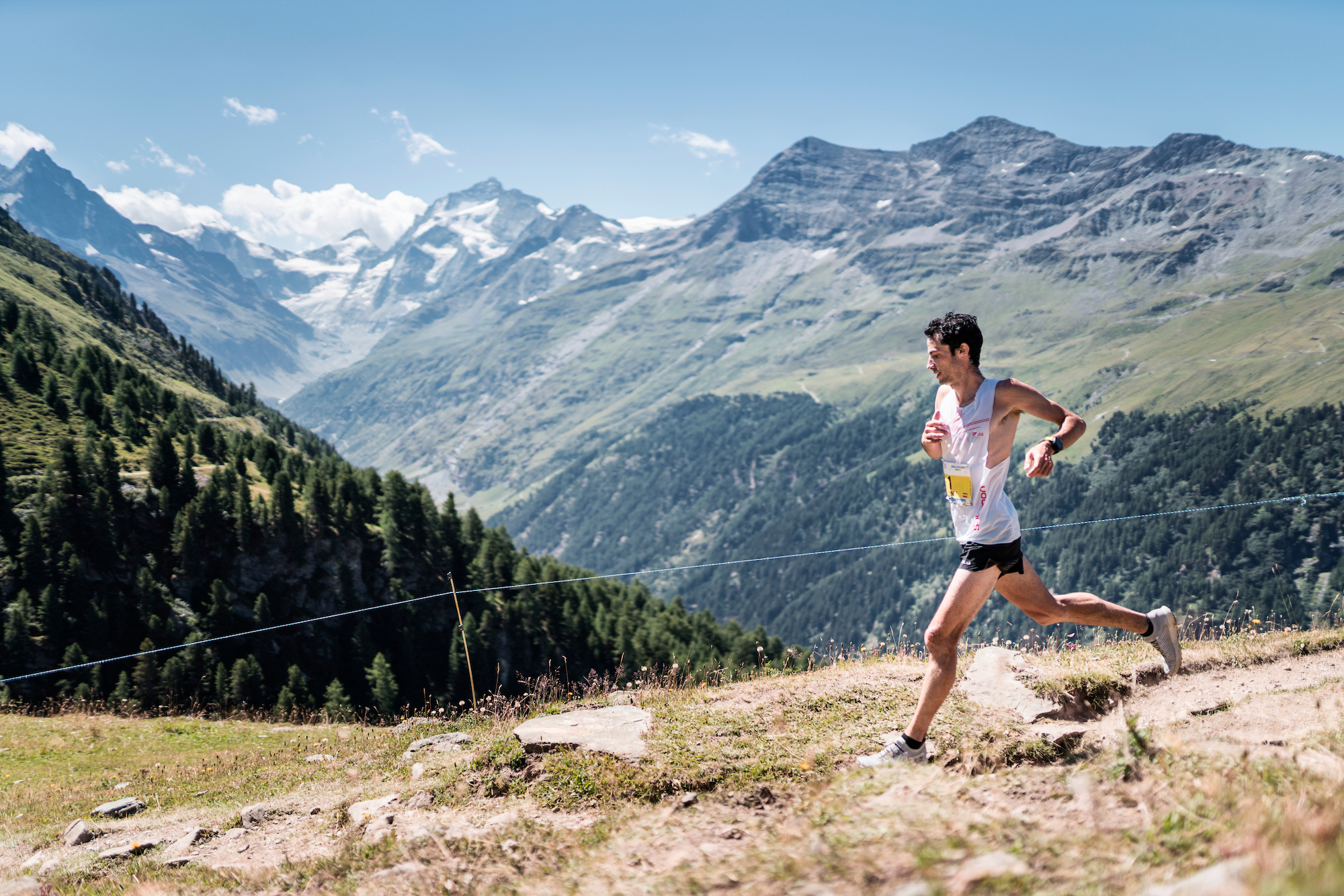 ANNECY, FRANCE— The fifth race of the 2019 Golden Trail World Series is perhaps the most famed trail race on American soil, and this year the Pikes Peak Mountain Marathon will play host to the elite athletes of the sport. Spain’s Kilian Jornet (Team Salomon) leads an all-star cast from around the globe that will take to the starting line on Sunday morning, August 25th. The 42km race is the highest in altitude on the Golden Trail World Series. It begins and ends in Manitou Springs, Colorado and climbs 2,382 meters to an elevation of 4,302 meters—the top of the famed Pikes Peak. It’s also a race with a seemingly unbreakable course record. The men’s record time of 3:16:39 has stood since 1991.

With Jornet on hand, as well as a deep field of elite runners in the women’s race, what is “unbreakable” may be called into question this weekend. The Spaniard is coming off a legendary performance two weeks ago at the ultra-competitive Sierre-Zinal race in Switzerland, where he shattered the 16-year-old course record by three minutes and 37 seconds and left behind a field of elite athletes from a variety of running disciplines. Pikes Peak, however, is a different animal.

“Pikes Peak Marathon is one of the oldest mountain races,” said Jornet, ever a student of the sport. “The Ascent race dates from 1936 and the marathon from 1956. It was the third marathon in the US and the first one to allow women to participate. The race is very logical. Run up to the summit and down, and the history behind it is what attracted me to run there.”

The 2018 men’s race winner, Colorado native Dakota Jones (Team Salomon), will miss this year’s race due to injury, but a host of top talent will be there to throw their best effort at Jornet, who comes in as the clear favorite.

France’s Thibaut Baronian (Team Salomon), who was 3rd at Zegama, will also be in the hunt. Swiss athlete Marc Lauenstein (Team Salomon), a former winner at Pikes, is making a comeback from a foot injury and says he is full-go this weekend, while American trail veteran Max King (Team Salomon) will relish the rare chance to run on home soil against top European talent. Peruvian Jose Manuel Quispe (Team Lippi), who was the 2nd runner to the top of the climb at the Dolomyth Runs in July, will also be looking for top result at Pikes.

“When I ran here in 2012, I remember it was a fun race and it was great to feel the ambiance,” Jornet added. “It is a very runnable race, but it’s hard. The ascent is not big and isn’t steep either, but the altitude is a huge factor. Probably the key to being successful in the race is to be well acclimatized and to not start to strong because after that the altitude really hits you.”

Last year, Salomon athlete and Colorado resident Megan Kimmel (Team Salomon) relied on her high altitude conditioning to break the women’s course record, winning in 4:15:04 to better the mark that had stood since 1981 by 14 seconds. Kimmel will not compete in this year’s race, but a top group of women will see if they can handle the altitude of Pikes and possibly challenge her record time. Maude Mathys (Team Salomon) is coming off a course record-breaking win on her home soil at Sierre-Zinal and her skills as a climber should send her to the front in the early going, and maybe to stay. Mathys was 3rdat the Dolomyths Sky run in Italy as well.

She will be challenged by a pair of Adidas TERREX runners in Great Britain’s Holy Page and Norway’s Yngvild Kasperson. Team Salomon athletes Eli Gordon (Spain) and Megan Mackenzie (South Africa) should also be in the chase for podium results, as will France’s Amandine Ferrato (Team Hoka One One).

ABOUT THE GOLDEN TRAIL SERIES:
The elite runners of the Golden Trail World Series are trying to earn points in the season-long chase for a spot in the Grand Final, which will take place in Nepal in October.The athletes must participate in three of the six races during the series in order to be eligible for the final. The top-10 men and women with the most points in their three best races will earn a trip for themselves and a person of their choice to the Grand Final. The overall final standings (and the men’s and women’s champions) of the Golden Trail World Series will be determined again by the runners’ three best finishes during the season, plus their result at the Grand Final.