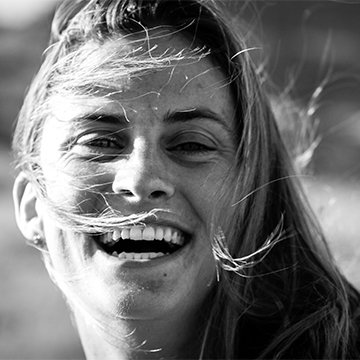 “What an amazing summer it has been for La Sportiva’s athletes!” says Jonathan Lantz, president of La Sportiva North America. “Western States, Leadville, and High Lonesome are all brutally difficult 100 milers that require having everything go right in order to produce a win. For Clare, Ryan and Silke to each put it all together and top the podium is a testament to their hard work and training. Our hats are off to them and we’re delighted to play a part in their success.”

Clare Gallagher took an unconventional route to her Western States 100 win. For the two weeks prior to the race, Gallagher was in the Arctic National Wildlife Preserve on an alpine climbing expedition with fellow La Sportiva athletes Luke Nelson and Tommy Caldwell. Advocating to save the preserve, Gallagher and team summitted the second-highest peak in the Brooks Range, hardly the typical taper and rest that she would normally schedule before such a big race effort. Further breaking the mold, Gallagher wore one single pair of La Sportiva Kaptiva for the entire race.

Ryan Smith, who works as a full-time software engineer, put together an excellent race in Leadville thanks to consistent second-half pacing. Clare Gallagher, herself a Leadville Trail 100 winner in 2016, paced Smith through the late miles and kept him moving by repeatedly yelling, “always be closing!” Smith was particularly proud to win the Leadville Trail 100 since La Sportiva is the presenting sponsor of the race.

Silke Koester, Ryan Smith’s spouse and mother of a young toddler, prioritized training with Smith and that led to breaking the course record in the High Lonesome 100. Her 25:28:30 finish erased 46 minutes from the record books. The pair started doing trail running and ultramarathons together about a decade ago.

La Sportiva will celebrate these 3 athletes tonight September 5, 2019 at Corrida on Walnut Street in Boulder, CO from 4-7pm. More information and RSVP is available at: https://www.facebook.com/events/1308846482604863/

With 90 years of heritage, La Sportiva has unrivaled experience in building the world’s finest performance mountain footwear. Creating innovation through passion, La Sportiva now offers the most versatile technical climbing, mountaineering, Mountain Running® and hiking shoes on the market as well as ski mountaineering hardware and apparel. For more information on La Sportiva visit www.sportiva.com or visit their Facebook page at: http://www.facebook.com/LaSportiva.