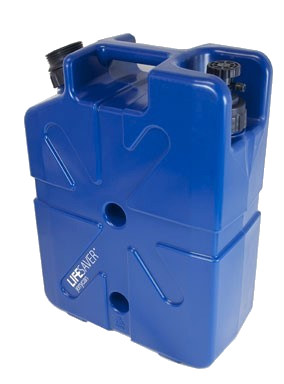 Colchester, UK – LifeSaver®, a UK-based manufacturer of portable and reusable water filtration systems, proudly announces it has passed compliance testing for NSF Protocol P248 Military Operations – Microbiological Water Purifiers. This certification means LifeSaver’s filter technology meets the high standards of the U.S. Military, and places the brand among an elite few to have achieved this benchmark.

NSF Protocol P248 was developed with the U.S. Army Public Health Command (USAPHC) based on the EPA Guide Standard, with the goal of providing deployed military personnel the capability to produce sustainable quantities of safe drinking water in any environment. Compliance is required before a manufacturer can market to the U.S. Military. LifeSaver achieved compliance after rigorous testing of its Jerrycan product, which was tested to more than 5,000 liters of sustained usage. P248 testing uses two strains of virus to ensure effective removal by the filtration system and pushes the filter to the point of clogging to make sure it continues to protect the user after that occurs, effectively measuring the filter’s failsafe technology.

“This certification gives us the green light to sell directly into the U.S. Department of Defense without any further performance evaluation required,” says Joe Lovegrove, Technical Manager for LifeSaver. “This is a landmark result for us as a commercial business and production facility and moves us into a different league than almost all our retail competitors. It should also be noted that although we tested Jerrycans, all of our filters are made to exactly the same standards using the same materials as those with which we passed this test.”

LifeSaver was created in 2007 following back-to-back natural disasters in southeast Asia (Indian Ocean Tsunami) and the United States (Hurricane Katrina). Since then, the company has expanded from working solely in the humanitarian realm to offering a variety of consumer-friendly products ideal for backpacking, adventure travel and emergency preparedness. LifeSaver products previously achieved NSF Protocol 231, or “highly protective tier,” standards for drinking water, and effectively remove cysts, bacteria and viruses with no chemicals or electrical power required.

To learn more about LifeSaver products, visit iconlifesaver.com. To request a copy of the certification letter, contact Suzanne Hermann at suzanne@darbycommunications.com.

About LifeSaver
Founded in the UK in 2007, LifeSaver came to life following back-to-back natural disasters: the Indian Ocean Tsunami and Hurricane Katrina. Inventor Michael Pritchard felt compelled to address the resulting need for access to clean drinking water. The first LifeSaver prototype was developed in Pritchard’s garage, and became the world’s first portable water filter capable of removing the smallest known waterborne viruses. Since that time, LifeSaver has established itself as an effective and long-lasting solution to drinking water issues in the humanitarian and military sectors, as well as for outdoor enthusiasts. www.iconlifesaver.com