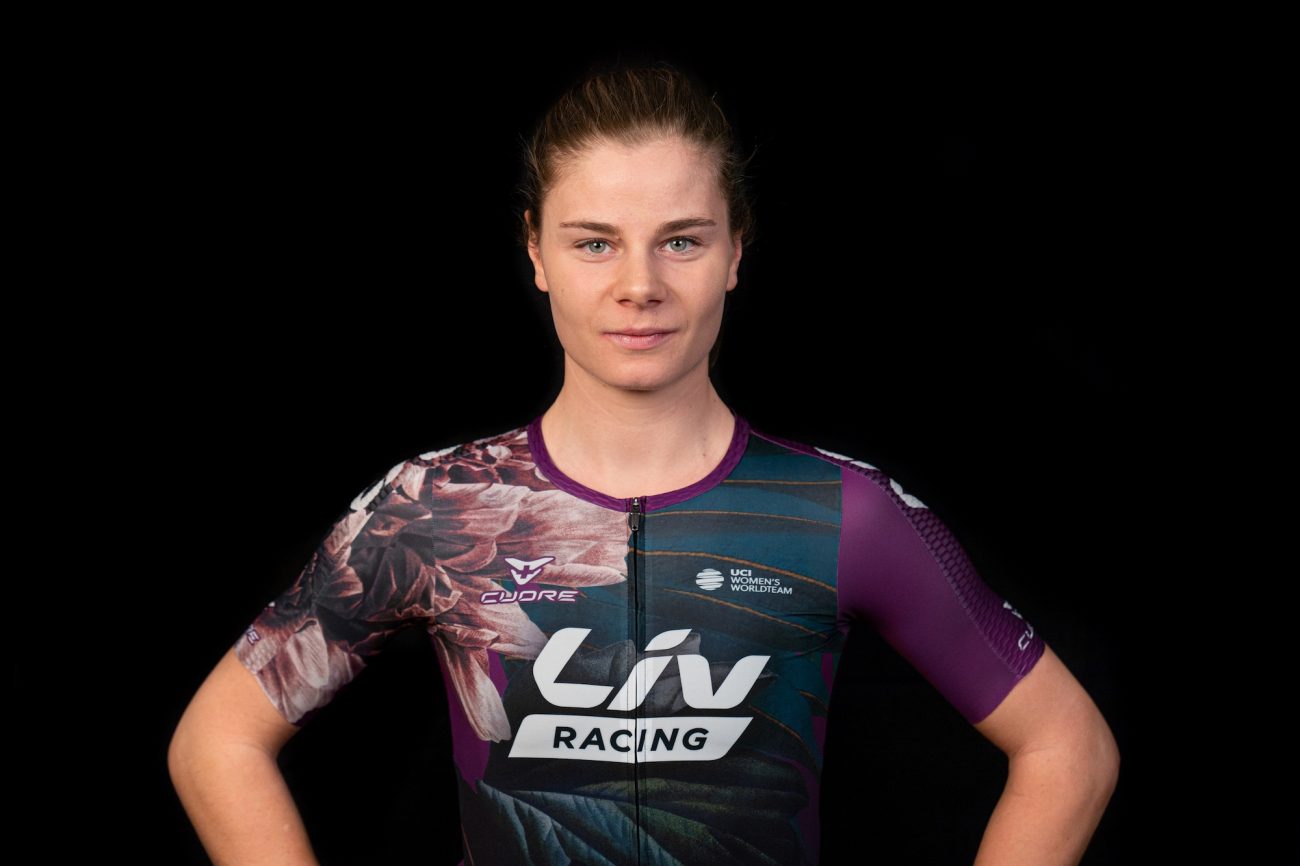 OOSTERHOUT (the Netherlands) – Jan. 7, 2021 – The Liv Racing Women’s WorldTeam, formerly CCC-Liv, will unveil its new team kit to the public for the first time on Sunday, January 10 when new team member Lotte Kopecky competes in the Belgian Cyclocross Championship. The UCI Women’s WorldTeam, with Liv Cycling as its exclusive title sponsor beginning in 2021, will race in a new aubergine colored kit designed by Liv and made by CUORE of Switzerland.

Liv’s sponsorship of the Liv Racing WorldTeam is one element of the brand’s commitment to supporting women cyclists at all levels and from all backgrounds; from encouraging their first ride experience to providing more opportunities for women to race as professional cyclists.

The design of the new Liv Racing WorldTeam kit speaks to the strength and grit of the women who wear it. Prominently emblazoned on the jersey to be seen on the world stage, the flower is boldly, unapologetically feminine—an expression that represents women everywhere and honors the vision and work of the women-led brand and Liv founder, Bonnie Tu, for cycling to be welcoming to all.

“We are incredibly proud to support the women who race on the Liv Racing WorldTeam. Liv is committed to dedicating more resources to help achieve greater parity and create new opportunities for women in professional cycling,” said Bonnie Tu, Liv founder and Giant Group chairperson which includes Giant, Liv, Momentum and CADEX brands. “As we thought about the design of our WorldTeam kit, our goal was to create something that would stand out from the peloton and from tradition. These kits were created the same way we design bikes—for women, by women. This is no wallflower. It symbolizes the power and experience of our team and is something to be respected and admired—like the riders who will wear it.”

The Liv Racing WorldTeam will wear a range of CUORE’s pinnacle products that combine the best materials in the world to optimize performance, protection from the elements, temperature control and allow them to thrive in any environment the WorldTour races bring.

“CUORE has a 30 year history of supporting all facets of the professional and amateur peloton. The kit that will be worn by the Liv Racing WorldTeam was designed to perform at the highest level under all of the demanding conditions they will experience on the WorldTour,” said Chris Munro, chief operating officer of CUORE of Switzerland, Inc. “The design Liv created for the kit is a fresh, inspiring and positive look for the peloton, and the perfect blend of function and form. We are incredibly proud to support the success of the Liv Racing athletes.”

Kopecky will race on the Liv Brava Advanced Pro, a performance-focused carbon cyclocross bike. Designed for champion-caliber racing, the Brava Advanced Pro is an agile race bike engineered for exceptional handling and to maximize acceleration.

The Liv Racing WorldTeam will begin prepping for the 2021 race season with two upcoming training camps planned in Spain in January and February before the first road race of the season the Vuelta CV Feminas (18-21 February). The team will take COVID-19 safety precautions and remain in a ‘team bubble’ throughout both camps.