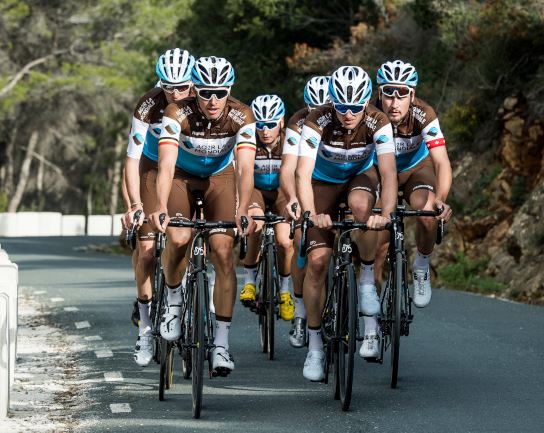 American Fork, Utah— Lizard Skins, one of the industry leaders in cycling grips and road tape, is continuing its long history of supporting some of the world’s best athletes and teams. UCI Pro Tour road team AG2R La Mondiale joins the Lizard Skins roster for 2019, looking to build on the squad’s highly successful 2018 campaign.

AG2R was one of the hottest teams in the 2018 season, and this year’s lineup is even stronger with riders like: 2017 US National Road Race Champion Larry Warbasse; and Grand Tour contenders Romain Bardet and Pierre Latour. They’ll join two other Lizard Skins-sponsored pro teams, Movistar and Lotto Soudal, as well as Pro Continental team Wallonië-Bruxelles. Both Lotto and AG2R have seen success already this season at the Tour Down Under and National Cyclocross Championship.

Lizard Skins’ sponsorships will also continue to hit the dirt for 2019. This season they’ll remain working on the mountain bike side with Enduro World Series-winning teams Ibis Cycles and Unior Devinci Factory Racing, as well as the World Cup winners for the past two years, Commencal/Vallnord by Riding Addiction (the downhill squad).

“We are really excited to work with all of these athletes and teams and make them part of the Lizard Skins family,” says Brian Fruit, Lizard Skins President. “For the last 25 years, we have produced class-leading grips and tape, and our strong relationships with these athletes is a testament to our product.”

“It is from our team relationships and their direct input that we were able to be the first company to produce handlebar tapes in three different thickness. Our athletes are key to Lizard Skins’ continued success in the sport,” said Ryan Huntington, Lizard Skins Sales and Marketing Director. “We wish them all great success for 2019.”

About Lizard Skins: Since 1993 Lizard Skins has created products to meet the needs of athletes around the world. From its humble beginnings developing a Neoprene chainstay protector, to their class-leading DSP products used in cycling, baseball, hockey and lacrosse, Lizard Skins has stood behind their beliefs to make better products that increase the athlete’s performance and enjoyment of their sport. Lizard Skins is proud to be the recipient of the Mountain West Capital Network Utah 100 fastest growing companies for the last three years.