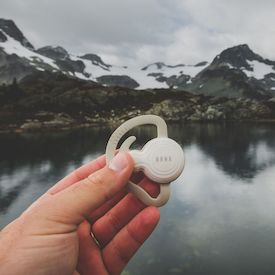 TOKYO, JAPAN (Oct. 10, 2018) — BONX Inc. has released a major firmware update to improve audibility, including the volume of the BONX Grip. The volume has been increased by 1.5 times compared to the existing firmware version, and noise-cancelling performance in environments with strong headwinds (wind speeds of 25 to 40 mph) has been significantly enhanced.

The issue of audibility, brought up by users and testers since the BONX Grip’s launch in 2017, has been corrected, and the BONX Grip is now optimized for high-speed sports like cycling as well as for environments with loud noise.

Outline of the firmware update

Not only will all products for future shipment be equipped with the latest firmware, but existing BONX Grip products can be updated by downloading the firmware updater on the user’s own computer (Mac OS10.10 Yosemite and newer) and following the instructions. The Windows version of the update will be launched at a later date.

*If the first four digits of the serial number of the BONX Grip are BX2I, there is no need to update.

Background behind improved audibility
Current BONX users reported critical feedback regarding audibility and volume, such as being unable to hear due to low volume or voices getting drowned out by extreme wind. Although the BONX team was dedicated to improving sound quality, multiple version updates and added features did not yield the desired result until now.

In recent months, use of the BONX Grip by cyclists has increased rapidly, so providing a solution against wind became first priority. Improvements also became urgent as demand increased at factories, construction sites and other group-talk environments with noise where it was difficult to hear.

This update is a huge step toward improving the user experience across the globe (BONX is focused on global development) and increasing business usage in Japan. The company will continue to improve its products’ functionality in the future and pursue the potential of enhanced voice communication.

Development from a user perspective with field-testing done by the CEO and employees
At BONX, where the mantra is “Be a User,” development takes place with an emphasis on the fact that the employees themselves are users of the company’s products. For this launch, field-testing was repeated from a user perspective, as the CEO himself ran trials while riding a bicycle at high speeds and employees conducted experiments at an indoor snowboarding practice facility. Concerns were addressed while valuing the user experience — for example, not increasing the volume too much out of consideration for potential damage to the ears, as well as resolving issues with the existing software while preserving the products’ safety and lightness. After roughly half a year of focused development, the employees now feel that the volume has been increased appropriately.

About BONX
BONX, based in Japan and privately owned, is an outdoor technology brand. The BONX Grip, their Bluetooth-connected earpiece that communicates via a BONX-specific smartphone app, is their debut group-talk product. Originally launched in Japan, BONX found success via a positive crowdfunding campaign, which enabled the brand to expand into North America. BONX is an international award recipient of the 2016 Good Design Award “Best 100” (Japan), JIDA Design Museum Selection (Japan), Red Dot Design Award (Germany), Design Intelligence Award (China) and ISPO Brand New Award winner. The outdoor-activity-focused product has been designed for comfort and functionality, all with the ease of Bluetooth. For more information, please visit https://BONX.co.