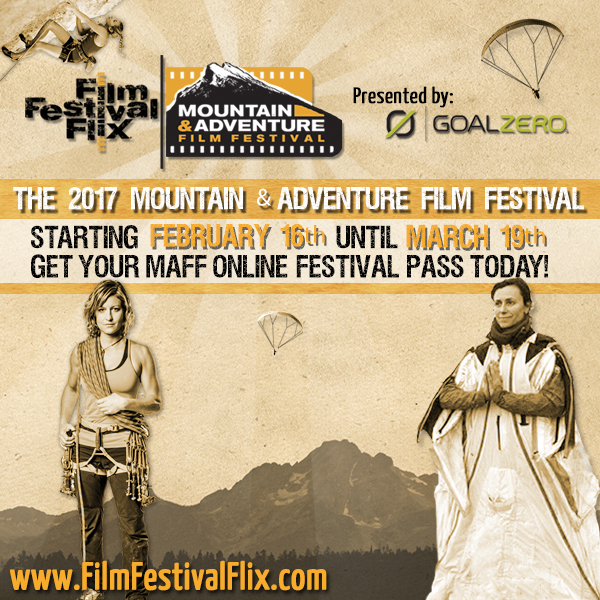 LOS ANGELES – The Mountain & Adventure Film Festival announces that 2017 Supporting Partner, Loaded Boards, will be featured across the festival the week of January 23rd. As a part of the partnership, one eligible pass holder will win the newly released “Icarus” skateboard, outfitted with Paris Trucks and Orangatang Wheels, plus the S1 “Lifer” helmet, and slide gloves, accessories, and apparel. The winner will be chosen Sunday, January 29th, 2017. M.A.F.F. CEO, Benjamin Oberman states, “Our Athlete Ambassador Arian “The Shark” Chamasmany, a Loaded Boards Team Member, opened my eyes to the excitement and artistry of incline oriented skateboarding (downhill) and flatland longboarding. This sport is absolutely part of the mountain and adventure lifestyle, and Loaded Boards are the best in the world! I’m excited that we can outfit one person with all they need to start surfing the roads!”