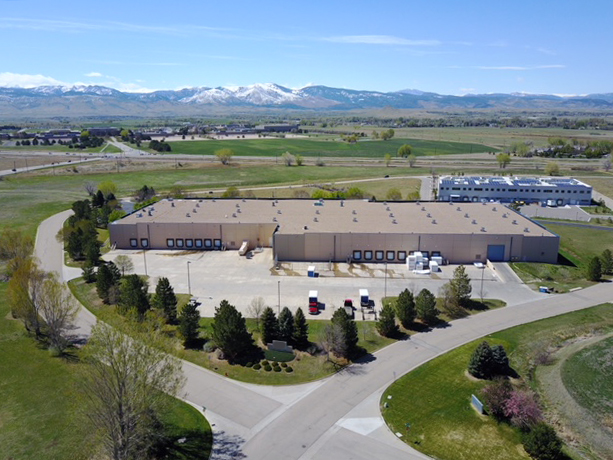 BOULDER, Colo., Sept. 11, 2018 – Nite Ize®, a Boulder, Colo. manufacturing company known for creating solution-based products, has seen record growth in the last nine months and recently made significant investments in real estate and software to better accommodate its successful consumer products business. The global innovator has transitioned its enterprise resource planning and customer relationship management systems to one of the most reputable, respected and robust software companies in the business while securing one of the last available 160,000-square-foot warehouses in Boulder County to serve as their new global distribution headquarters.

“The challenges of growth are good to have,” said Nite Ize President Michael Boyd. “I am amazed at where this company is today. Tackling a massive consolidation and move of two facilities is one thing but doing it simultaneously with a transfer of critical business data to a new platform is another. Both were essential decisions for continued growth and our future success.”

“Oracle works with nine of the top ten consumer goods companies in the world and is one of the best,” said Boyd. “We have goals for significant growth and this platform will help position us to get there.”

“This building is one of the last remaining warehouses of its size still standing within Boulder limits,” said Brian McClenahan, Vice President with CBRE in Boulder. McClenahan and Chris Ball of Cushman & Wakefield represented Nite Ize in this off-market transaction which closed March 19, 2018. Nite Ize moved operations just last month. “Most companies are forced to leave Boulder when they need to expand, so this was a rare opportunity for Nite Ize to stay local yet still grow and modernize their operations,” said McClenahan.

Nite Ize was previously operating out of three locations in Boulder: a global office headquarters on Central Avenue in East Boulder, which will remain, as well as a manufacturing facility on Longbow Drive and a distribution center on Spine Road, both in North Boulder.

The new facility within the Boulder Tech Center replaces the Longbow Drive and Spine Road locations, allowing Nite Ize to consolidate and improve the efficiency of their operations with the help of features like 28-foot clear heights. The building also offers a front park/rear load design with 16 docks, two drive-in doors, a newly installed ESFR fire suppression system and trailer parking. It was originally built in 1991 and renovated in 2013. The nearly 11- acre site is located along the Diagonal Highway, about six miles from downtown Boulder, and was previously leased by Case Logic (a subsidiary of Sweden-based Thule Group) which relocated last fall.

“The opportunity to capture prime Boulder County space near our current headquarters sets us up for continued growth and keeps us rooted in the Boulder community,” said Boyd. “We are excited to have consolidated two of our three buildings and incorporated additional production, inventory, and order processing space.”

About Nite Ize:
Founded on the principles of creativity and innovation, Nite Ize designs, manufactures and distributes solution-based products with quality and performance at their core. Headquartered in Boulder, Colo., the company celebrates its 29th anniversary in 2018 and offers more than 500 innovative products and accessories in seven unique categories: Mobile, Hardware, LED Lights + Accessories, Bike, Fitness, Pet, and Games + Fun. Still captained by its founder and CEO, Rick Case, the Nite Ize team is passionate about their products, their customers, their partners and the environment.