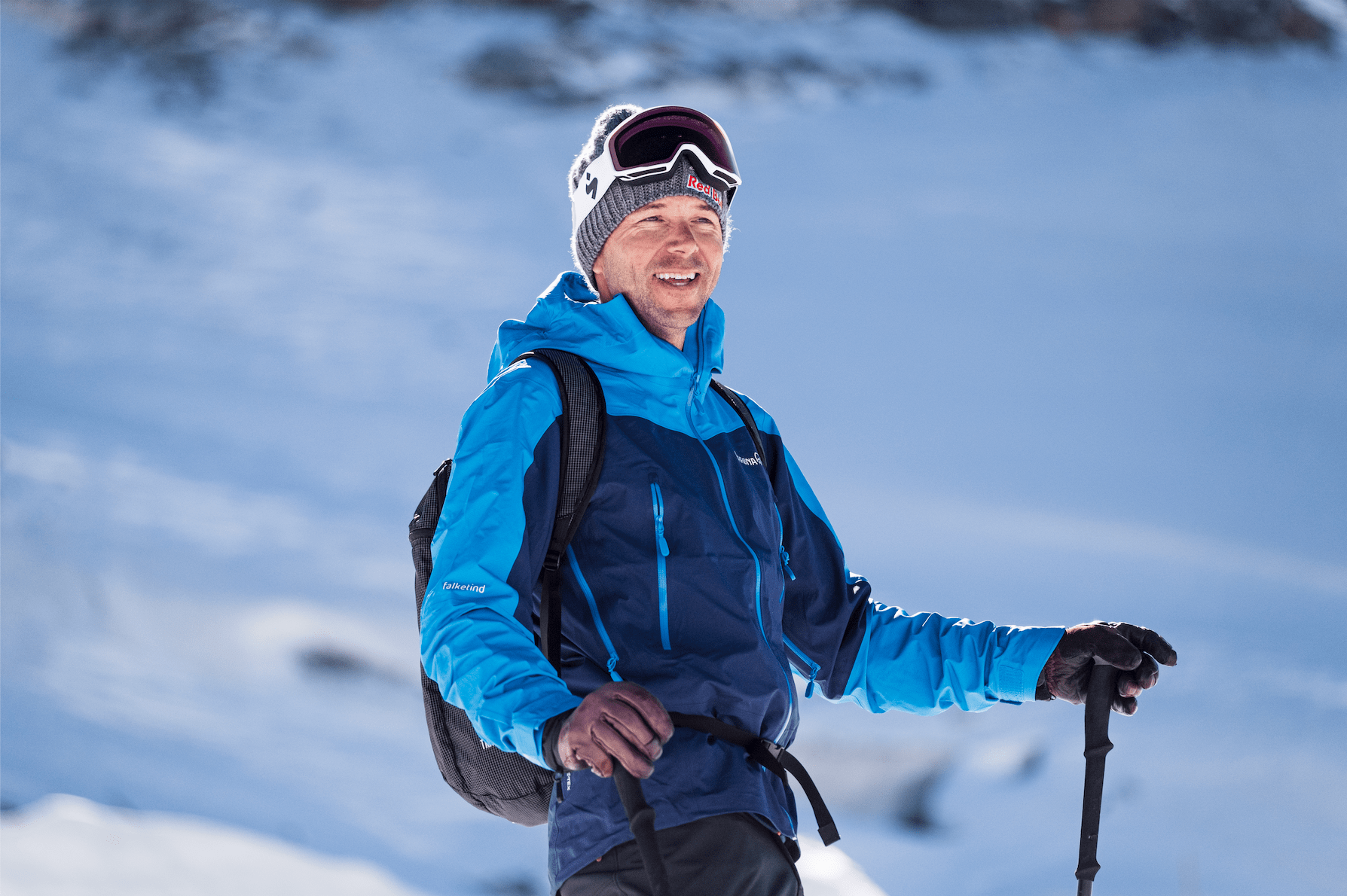 “Chris, Delilah, Andrew, Hillary and our whole team of ambassadors play an essential role in standing up for the brand and bringing our products to life through extensive testing and adventures in the mountains,” says U.S. Sales Manager Adam Chamberlain. “In addition to Chris’s big mountain skiing accomplishments, he is actively involved in multiple forward-thinking environmental initiatives and truly cares about the future of the planet, aligning with our brand ethos of designing high-quality, yet sustainably focused products. I am beyond stoked that we have aligned the stars and can all work together to connect the U.S. outdoor and ski communities with Norrøna and our environmental mission.”

Davenport (@steepskiing) is widely regarded as one of the premier big mountain skiers in the world today. Among his ski mountaineering achievements, in 2007 Davenport became the first person to ski all 54 of Colorado’s 14,000-foot peaks in less than one year. He has numerous first descents of peaks around the globe, from the Himalaya to Alaska. In addition to being an athlete, Davenport is a climate activist, a ski guide, and the author of two books.  He resides in Aspen, Colorado with his wife and three boys.

Hilary McCloy (@hilarymccloy) was a member of the U.S. Ski Team for five years and continues to explore the mountains through running, backcountry skiing and biking. On top of being an accomplished athlete, she is a practicing physical therapist, run specialist and coach.

Growing up skiing steep backcountry lines with her parents in Washington, Delilah Cupp (@dcuppers) moved to Park City, Utah, in her teens for alpine ski racing. Her passion for skiing translated seamlessly to mountain biking, which is what Cupp can be found doing when the trails aren’t covered in snow.

“Norrøna’s commitment to reduce its environmental footprint at all stages of product production was a key factor in my decision to partner with the brand,” says Davenport. “There are plenty of companies designing durable sports apparel, but very few have struck a perfect balance between making sustainably minded, technically focused, and long-lasting apparel for inspiring days on skis and the bike.”

To check out the full team, visit https://www.norrona.com/en-GB/about-norrona/our-ambassadors/.

In 1929, Jørgen Jørgensen, a Norwegian outdoor enthusiast, set norrøna’s bearing: to search for the best in technical advancements, to create the ultimate in performance product. Today, four generations later, norrøna is still a privately-held and family-operated company based in Oslo, Norway, seeking to redefine the meaning of fit, function and finish in sustainably sourced and built technical outerwear. www.norrona.com