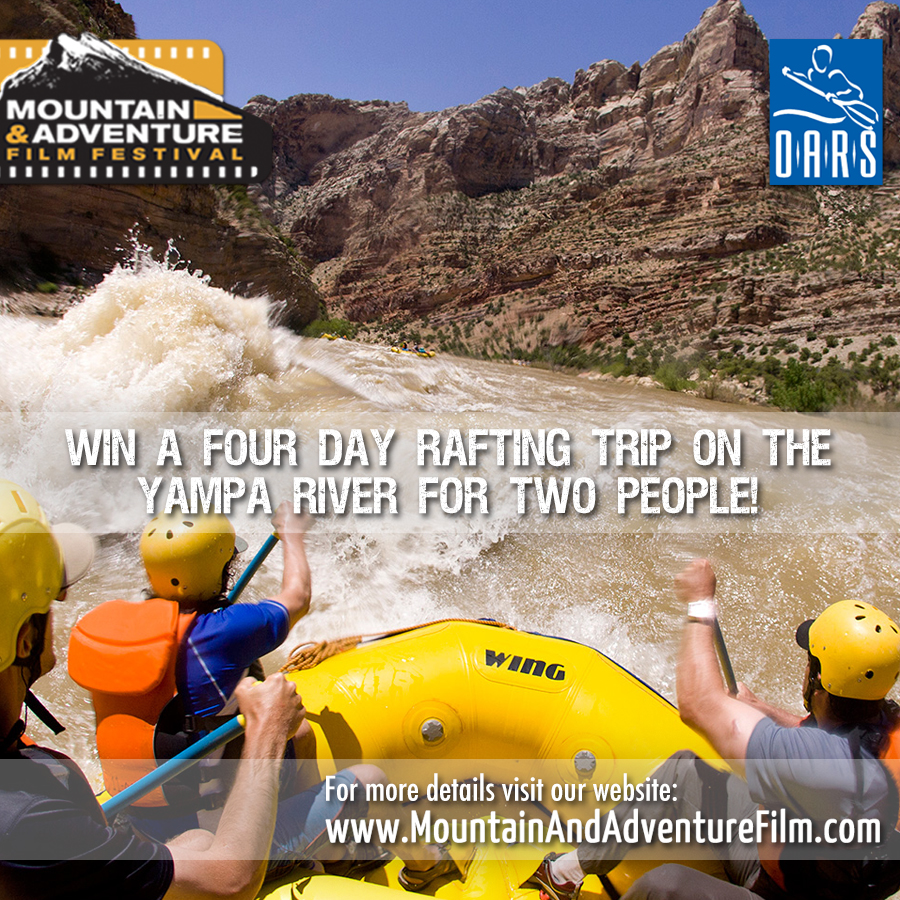 Offers the digital release of

The Film Festival Flix Mountain & Adventure Film Festival is excited to announce its partnership with O.A.R.S. for the 2016 festival which launched February 1st. “Our festival and films are meant to inspire people to get outdoors and have an adventure on their own terms and O.A.R.S. gets people outdoors!” says Film Festival Flix CEO, Benjamin Oberman.

As part of the partnership, O.A.R.S. has donated a 4 day, 2 person rafting trip on the Yampa River through Dinosaur National Monument. All persons who purchase a $29.99 festival pass before midnight PST on February 7th will be eligible to win the trip (ARV $999 per person).

“We’re excited to partner with the Mountain & Adventure Film Festival this year to give viewers the exclusive opportunity to watch our new short film, Martin’s Boat and 60-plus other great films on their smart TV, computer or mobile device during the month of February.” Says O.A.R.S. Director of Sales and Marketing, Steve Markle. As the sponsor of the “Best Paddling Film” category, O.A.R.S. will present the award and cash prize to the winning film.

The Mountain & Adventure Film Festival runs February 1st – 29th online at  www.MountainAndAdventureFilm.com. The festival amplifies the experience, films, and conservation message, traditionally reserved for attendees of major mountain film festivals, to the World. Viewers with a $29.99 pass can watch over 70 films anywhere, any time, on any Internet connected device. They can engage with filmmakers, athletes, and conservation experts through our Google Hangouts, Twitter Chats, and Facebook Q&A’s.

Get the festival, get inspired, and get outdoors!