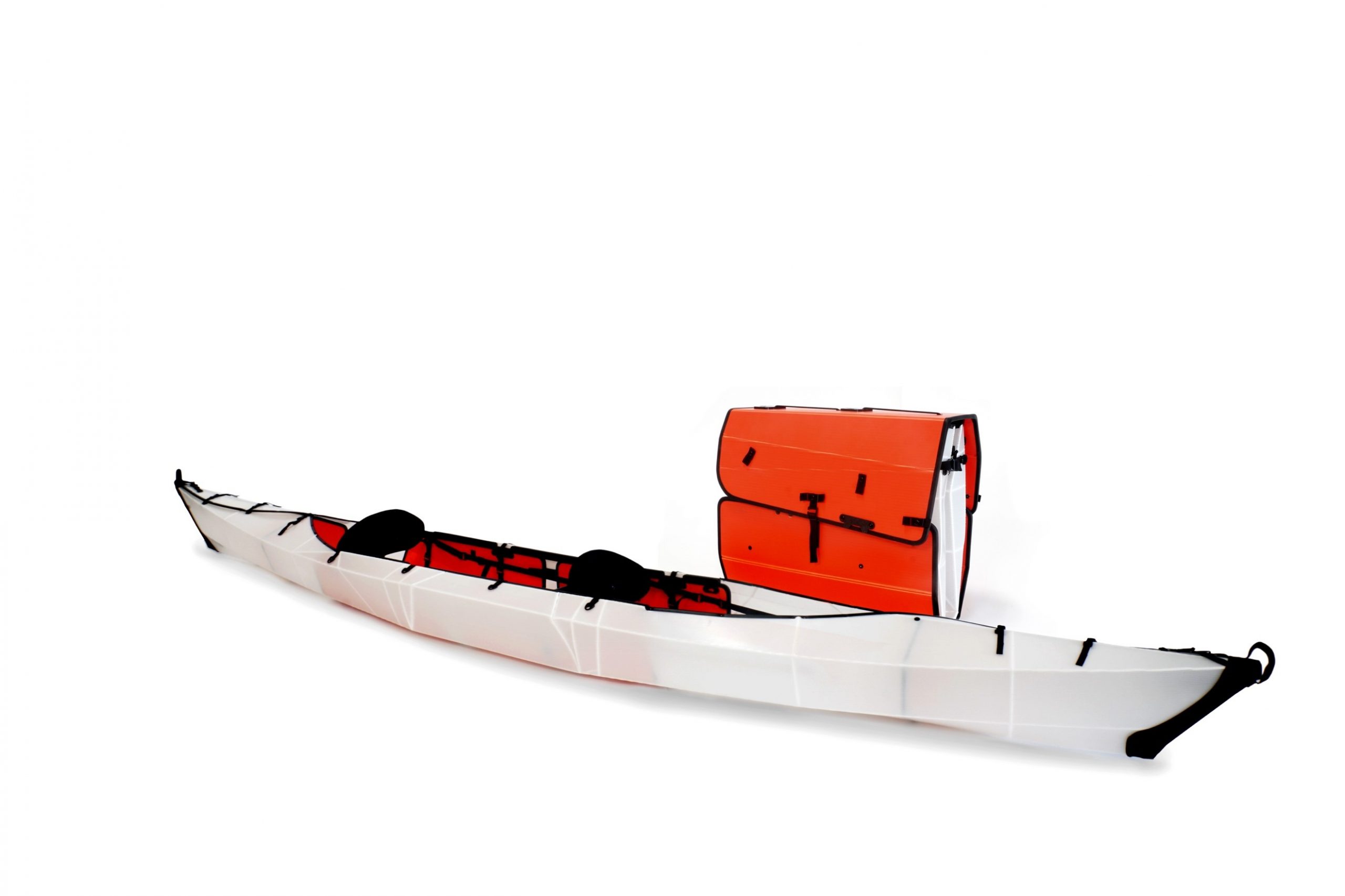 Oru’s largest kayak yet is also its most versatile design

Emeryville, CA (September 13, 2018) – Oru Kayak, makers of the original origami-inspired folding kayak, is thrilled to unveil the “Haven,” an all new convertible tandem kayak. After years of customer request, Oru designers took on the challenge to create the company’s largest and most ambitious kayak design yet: a two-person origami-inspired kayak that can quickly and easily convert to single-person occupancy. The Haven is Oru’s largest kayak design to-date — 20% larger by volume when fully assembled — but only a few inches larger than standard Oru models when folded into a compact box.

Oru’s new Haven kayak assembles in approximately 10 minutes, which makes getting on the water with family and friends more convenient than ever. Going from box to boat is simple with the help of intuitive folding patterns and color-coded stitching to mark which straps correspond to which buckles. Converting the kayak from double to single-person occupancy is easy; simply attach the rear footrest to the front of the kayak and reposition the seatback (visual cues printed on the boat help with assembly).

The Haven is equipped with a proprietary and patent-pending universal rail system that runs along the top of the kayak sidewalls. The new rail system enables the Haven to be compatible with a wide variety of accessories, including an all-new portage strap (to better carry the boat when fully assembled), fishing equipment, cup holders, and camera equipment. The Haven is also Oru’s most stable boat with a beam measuring 31 inches wide, which leaves plenty of room for extra gear, kids, or a furry companion. When folded into a box, the Haven is the world’s only tandem kayak designed to be carried by one person.

“Every feature of the Haven has dual purposes,” says Oru Chief Designer and company co-Founder, Anton Willis. When the kayak is fully folded up into its own shell, the two floorboards act as a protective case to hold the Haven together while transporting or storing as a compact box. Color-coded stitched-loops are used to attach seats and foot-rests when fully assembled, and also as clips to fasten the kayak’s box when folded.

Oru aims to make on-water recreation more accessible for all people, and thanks to origami, Oru kayaks can be stored and transported just about anywhere. Oru kayaks have braved the Devil’s River in Texas, faced the open ocean between Cuba and Florida, and inspired conservation efforts in Indonesia. With the launch of the Haven, you can now take more gear or invite a companion along for the journey.

The Haven is available for pre-order on Indiegogo September 17th through October 16th. Final product is expected to be delivered March, 2019.

About Oru Kayak
Founded in 2012, Oru Kayak is a leading innovator in the kayaking industry and the first to bring a foldable kayak to market utilizing the principles of origami. Beyond the functionality of its engineering, the Oru Kayak stands apart from the competition for its superb on the water performance, durability, easy assembly, and stylish design. Based in San Francisco and manufactured in the USA, Oru Kayak is sold in dozens of countries across five continents including Europe, Australia, Asia and the Americas. For more information visit orukayak.com