Cortez, CO – May 1, 2018 –  Osprey Packs reaffirmed the brand’s commitment to innovation, quality, and operational excellence with today’s announcement detailing enhancements to the Operations and Product management teams as well as the creation of The AlphaLab.

With the addition of these team members, Osprey is forming the brand’s new advanced concepts team which will be known as The AlphaLab. Lead by Chris Graham, The AlphaLab will bring together Mike Pfotenhauer, Osprey’s co-founder and lead designer as well new members of Osprey’s in-house development and engineering teams to focus on technical innovations, new production solutions, and sustainable initiatives to ensure that Osprey continues to deliver best-in-class products with each new season.

“We are thrilled to welcome these new leaders to our organization,” said Layne Rigney, President of Osprey Packs. “Their arrival, along with the creation of The AlphaLab enables both Osprey’s short and long-term commitments to innovation to not only expand but thrive in an environment of considered design.”

Over the past 12 years, Graham has lead the Design, Development and Production departments through multiple generations of some of Osprey’s most respected products. This has been ideal preparation for a new focus on advanced R&D and considered innovation. In his new role, Graham will lead The AlphaLab, working closely with Osprey Design and Product Management.

Chris will report to Layne Rigney, President and be based in Kendal, U.K.

As Vice President of Operations, Gavin is responsible for the global operations functions of the company including Sourcing, Supply, Quality, and Distribution while playing a critical role in the development and deployment of key strategic initiatives.

Gavin is a seasoned operations executive with over twenty years of experience in footwear, apparel, and accessories. Prior to joining Osprey, Gavin was Senior Director, Global Supply Planning for Under Armour, Senior Operations Manager, Footwear Sourcing for adidas, as well as Senior Account Logistics Coordinator for National Key Accounts at Nike. Gavin holds a BA in Political Science from Boston College and has multiple certifications and training in supply chain competency. Gavin will report to Layne Rigney, President and will based in Osprey’s Ho Chi Minh, Vietnam office for the balance of the calendar year followed by a relocation to Osprey’s Global Headquarters in Cortez, CO. in early 2019.

Designing and building superior product is Meyer’s passion. In his new role with Osprey, Meyer will work closely with Mark Galbraith, Osprey’s Senior Director of Product as well as Chris Graham, VP of Innovation, to lead the Design Team through the design process, from concept to production.

Meyer has a proven record as an innovative leader in the outdoor industry working with such brands as High Sierra, Under Armour, and most recently Granite Gear where he served as Design Director. He holds seven patents for bag design and was named to Sporting Goods Business “40 Under Forty” List for his leadership skills.  Meyer holds a B.F.A. in Industrial Design from the Milwaukee Institute of Art & Design. Meyer will report to Rob BonDurant, VP Product, Design and Marketing and will be based in Osprey’s Ho Chi Minh, Vietnam office.

As director, Schweitzer will manage Osprey’s Production and Quality department and will be responsible for all aspects of the production process including working directly with the factories and raw material suppliers to ensure Osprey’s quality standards are met.

Schweitzer brings a passion for packs and over fifteen years of experience in quality control, sourcing, product development, and manufacturing from his work with brands such as Lafuma, Millet, and Eider. Following his move to Cambodia, Schweitzer opened his own consultant business with an emphasis on backpack production and development. Schweitzer is a graduate of the National Superior School of Art and Textile Industry in France, considered one of the most prestigious textile schools in Europe. Schweitzer will report Scott Maslen, Senior Country Director and will be based in Osprey’s Ho Chi Minh, Vietnam office.

Independent since 1974 and still anchored by the design genius of company founder, Mike Pfotenhauer, Osprey Packs is the global leader in exceptional, high-performing, innovative packs for outdoor, cycling, travel and urban adventures. Osprey’s dedication to create innovative, high performance gear reflects the brand’s love of adventure and devotion to the outdoors.

All Osprey products are backed by the brand’s All Mighty Guarantee. Osprey will repair any damage or defect for any reason free of charge – whether it was purchased in 1974 or yesterday. If Osprey is unable to perform a functional repair on a pack, they will happily replace it.

Osprey Packs can be found online at osprey.com and in outdoor specialty retailers in over 60 countries worldwide.  To learn more about Osprey and its products, visit osprey.com. Follow all brand updates on Instagram (@ospreypacks), Facebook (@ospreypacks) and Twitter (@ospreypacks). 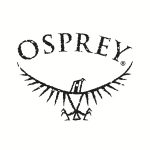