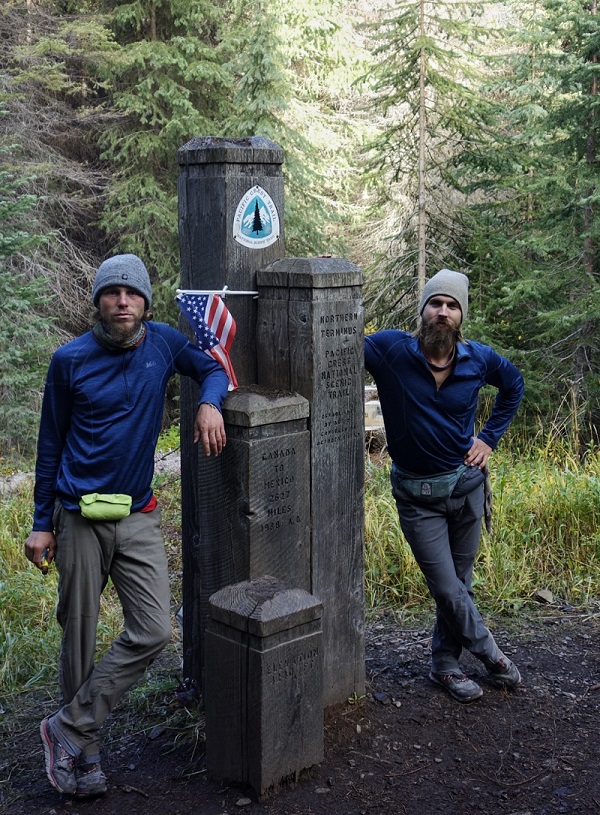 Two-man team removed more than 700lbs of trash along PCT

Another successful journey has come to a close for the Packing It Out team. Sierra Designs is a proud sponsor of the two-man crew, which removed more than 700 pounds of trash along the Pacific Crest Trail this year.

The team, consisting of Seth “Cap” Orme and Paul “Spice” Twedt, began their trip back in May, working their way north along the PCT, over 2,659 miles of rugged terrain. Their mission was simple, but necessary: to inspire a greater sense of environmental stewardship in others by cleaning up litter along the nation’s trail systems. Last year, Packing It Out thru-hiked the Appalachian Trail, removing more than 1,000 pounds of trash throughout their five-month journey. This year’s total came in at an impressive 721.7 pounds.

“We encouraged and inspired countless individuals to hold themselves to a higher stewardship ethic, many [of] whom don’t even reside in the U.S.,” says Packing It Out member Paul Twedt. “In my mind, that is the greatest success.”

Sierra Designs was honored to sponsor the Packing It Out team this year, providing tents, sleeping bags and apparel to keep them safe and comfortable on the trail, but the partnership didn’t end there. Last month, the brand organized a Packing It Out-inspired cleanup with its parent company, Exxel Outdoors, in Nederland, Colorado. Together, employees from Sierra Designs, Kelty and Ultimate Direction removed 680 pounds of trash from an area notorious for litter.

“Working with Packing It Out has been about more than just providing gear,” says Sierra Designs marketing manager Candyce Hedlund. “We have been inspired to action ourselves by watching what they do and we’re all humbled by the fact that they volunteered for this incredibly difficult undertaking.”

Sierra Designs was born in 1965 with a pioneering spirit into the world of backpacking and camping. Today, our crew of outdoor enthusiasts and seasoned explorers are on a mission to fundamentally redefine how we venture in the backcountry. We create outdoor equipment and apparel driven by technology and fearless approaches to keep adventurers miles from anything ordinary. Find more information at www.sierradesigns.com.