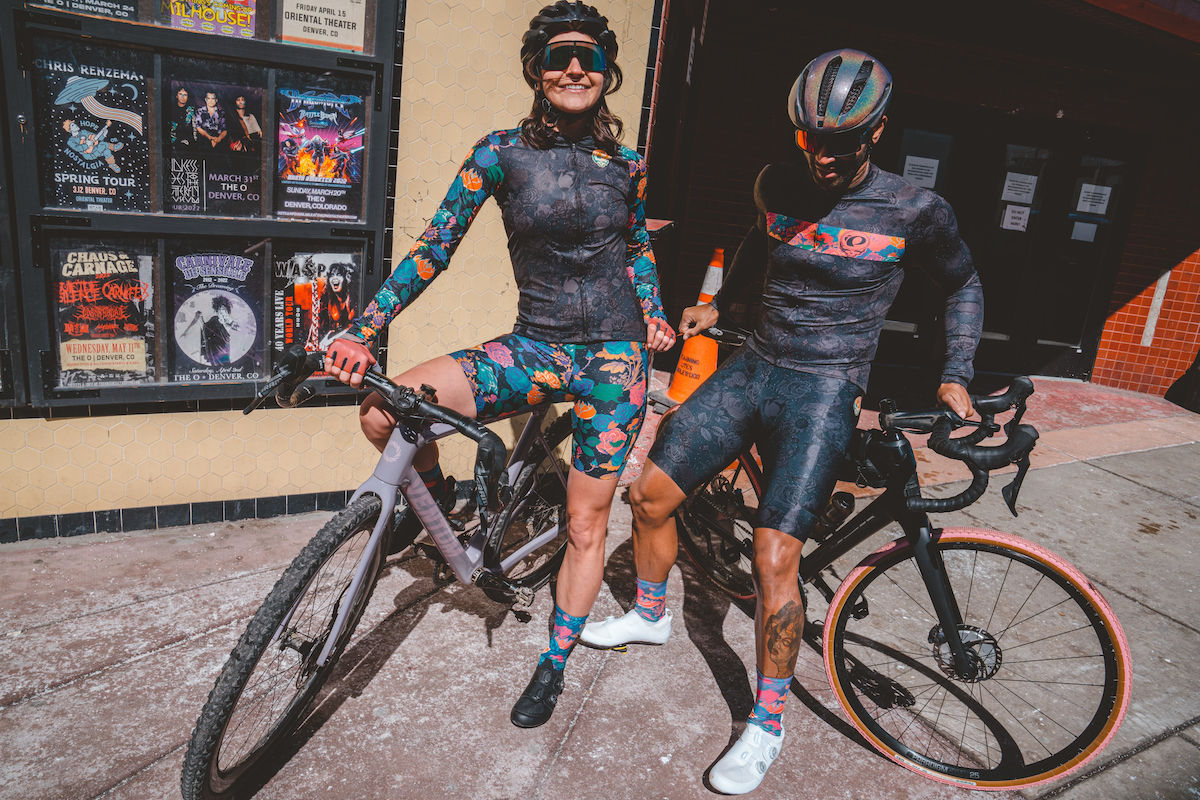 Created by in-house designer Lucas Marshall, the new PEARL iZUMi patterns draw inspiration from posters and artwork of the Dead’s first show at Wembley in 1972 and subsequent European tour. The unique designs will be available on PEARL iZUMi’s best-selling Attack Long Sleeve Jersey, PRO Expedition Bib Shorts, Classic Jersey, Go-To Graphic Tee and PRO Tall Socks for both men and women. In addition, the women’s line will feature a limited-edition design on the chamois-free Prospect 27” Tight.

“For this design, my personal exploration and research found me drawn to the repeating elements, icons and symbols of the 1972 European tour,” said Marshall. “I wanted to create a fun pattern with depth and meaningful history that appeals to every level of Deadhead. The floral elements of the tour artwork (and lyrics) tied together this whole collection.”

PEARL iZUMi was founded on two things: the love of cycling and, more importantly, love for future generations. The brand originated more than 70 years ago in Japan when the founder created a special jersey out of technical fabric for his son, an aspiring bike racer. Since then, the company has been progressing the design and manufacture of performance apparel and footwear for cyclists of all levels. PEARL iZUMi believes that how we live shapes how future generations ride and is committed to using its business practices, products, and community advocacy to positively impact cycling. PEARL iZUMi’s world headquarters are in the Colorado Front Range, where it embraces strong influence, both culturally and structurally, from its Japanese heritage.

About the GRATEFUL DEAD:

The Grateful Dead is a social and musical phenomenon that grew into a genuine American treasure. In 1965, an entire generation was linked together by common ideals, gathering by the hundreds and thousands. This movement created a seamless connection between the band and its fans. As the band toured, Dead Heads would follow. Not because it was a part of popular culture, but because it is a true counterculture that exists to this very day-one that earnestly believes in the value of its beliefs. By 1995, the Grateful Dead had attracted the most concert goers in the history of the music business, and today remain one of the all-time leaders in concert ticket sales. Eventually, the caravan evolved into a community with various artists, craftsmen and entrepreneurs supplying a growing demand for merchandise that connected them to the music. Today, the connection is as strong as ever. The band was inducted into the Rock & Roll Hall of Fame in 1994 and received a Grammy® Lifetime Achievement Award in 2007. Their final tally of 2,318 total concerts remains a world record. The Grateful Dead recently celebrated their 50th top 40 album on the Billboard chart, a feat no other group has achieved.