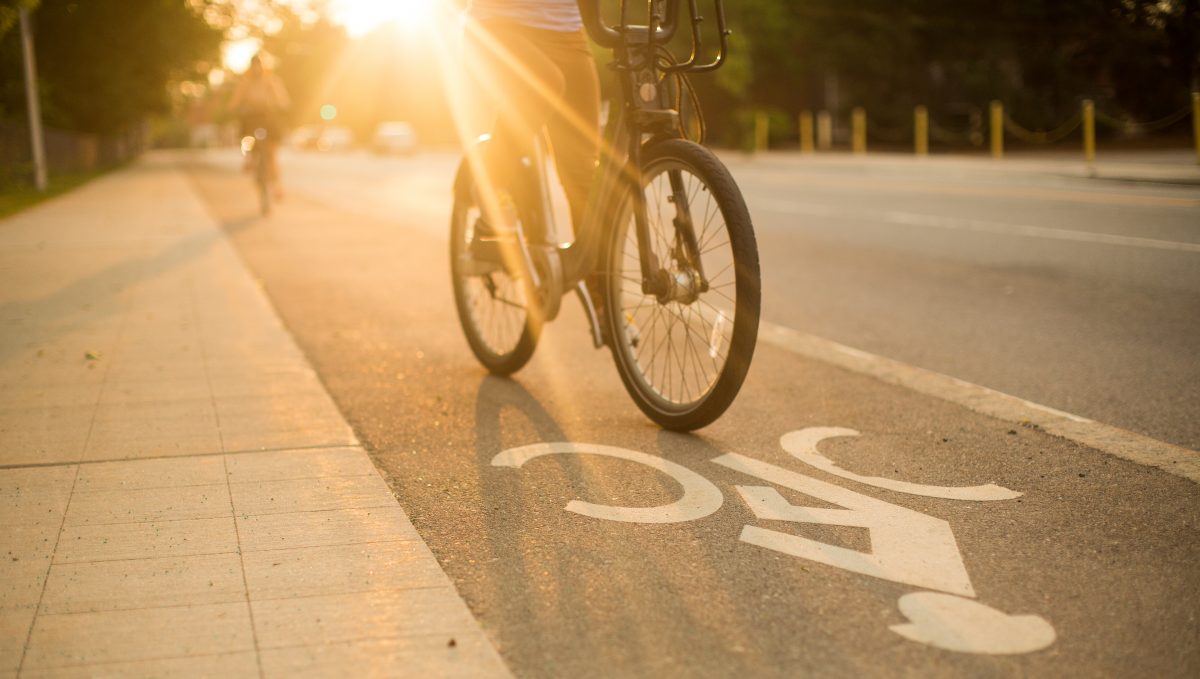 BOULDER, Colo. (July 31, 2019)– As federal lawmakers this week take the first steps to reauthorize the nation’s highway programs, PeopleForBikes welcomes legislation that, if passed, would fund and modernize bike infrastructure, prioritize the safety of bicyclists and pedestrians, and recognize the environmental benefits of biking.

“Bicycle infrastructure offers a 21st-century solution to many of the challenges our country faces — easing urban congestion, enhancing safety, protecting our environment, and modernizing transportation,” said Jenn Dice, PeopleForBikes’ chief operating officer. “After advocating aggressively in Congress on behalf of several of the key bike provisions included in this bill, we’re pleased to see these bipartisan solutions included at strong funding levels.”

The bill would increase funding for key infrastructure programs, including the Transportation Alternatives Program (TAP), while also providing for greater local control of how the program is administered. If passed, the bill would increase the TAP by 40 percent in its first fiscal year (2021), and provide additional annual increases through 2025.

The bipartisan legislation includes the first-ever climate section in a highway bill and would invest $10 billion in projects aimed at reducing emissions and enhancing resilience in the face of a changing climate. That provision would make projects for bicyclists eligible for funding under carbon emission reduction programs — for instance, the conversion of rail corridors for biking and walking trails.

In more good news, the bill would fund a necessary revenue study for the Recreation Trails Program (RTP), which in turn could justify significant funding increases annually for the RTP which builds trails, trailheads, singletrack and bike parks.

Meanwhile, the bill also includes safety incentive programs thatwould require areas with high rates of fatalities for non-motorized road users to focus investments on improvements to bicyclist and pedestrian safety — another provision for which PeopleForBikes lobbied.

With current highway funding set to expire in September 2020, legislators in both chambers are working to put this bill to a vote this fall. As a strong voice in Washington for people who bike and the bike industry, PeopleForBikes will continue to closely track the legislation and conductmeetings on Capitol Hill and with key stakeholder groups.

PeopleForBikes and the bike industry will focus this August on connecting bike businesses with their members of Congress to convey the importance of the ATIA and other federal policy priorities. If you are interested in getting involved, contact Noa Banayan, federal affairs manager, at noa@peopleforbikes.org.

“We look forward to continuing our work with allies in the Senate and House to ensure lawmakers pass meaningful and modernized reforms forbicycling and broader transportation networks,” said Dice.

PeopleForBikes is making better biking for everyone by uniting millions of individuals, thousands of businesses and hundreds of communities. Because when people ride bikes, great things happen. Join us at PeopleForBikes.org.

View all Releases by Noa