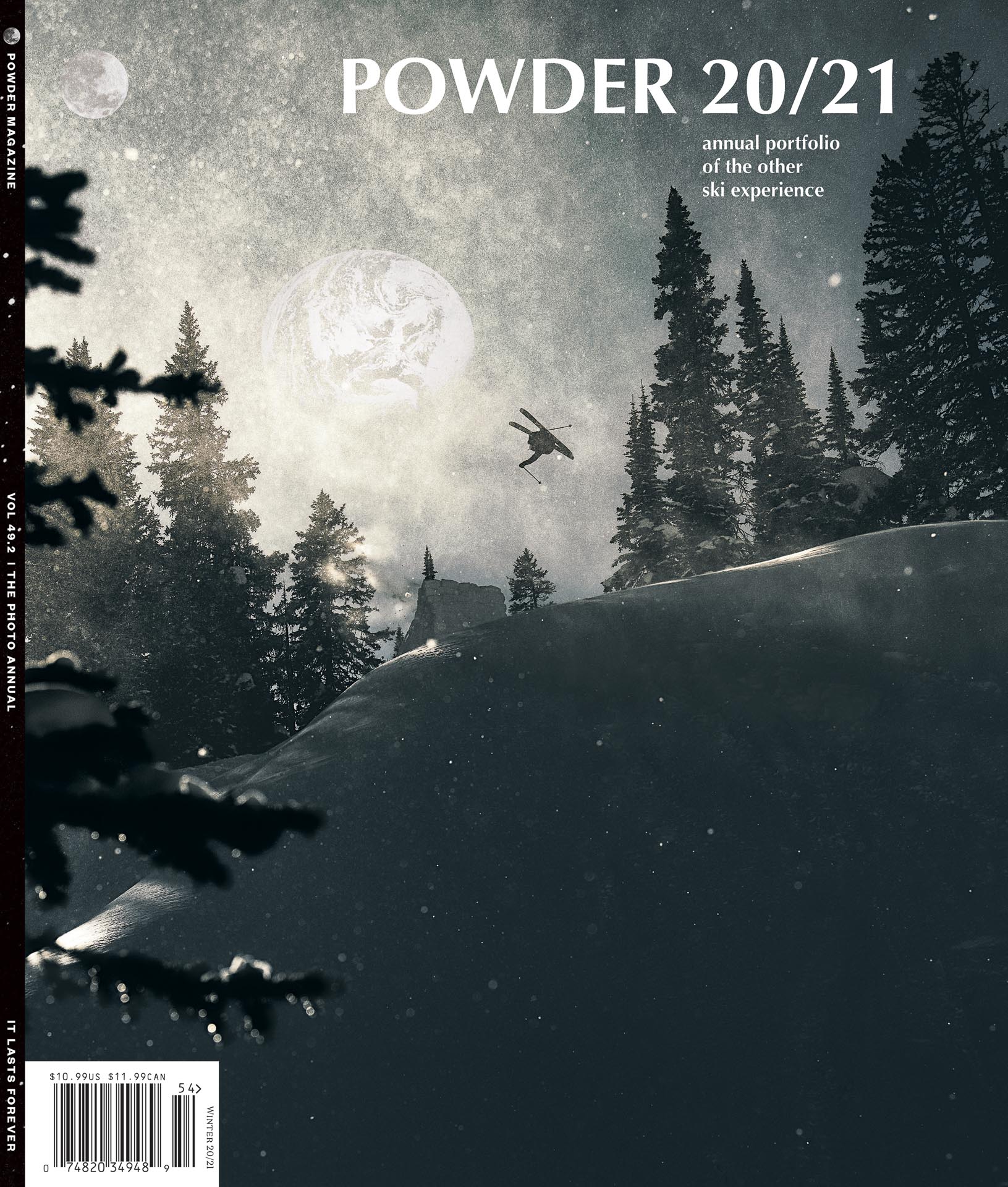 Jackson, Wyo. (November 20, 2020) – Legendary skiing publication Powder Magazine has unveiled its final issue after 49 years in circulation, and a photograph taken in the Wyoming backcountry from Teton Gravity Research lead photographer Nic Alegre graces the cover in a subtle nod to the magazine’s debut issue back in 1972.

Powder announced in October that it would shut down publication of its magazine, website and social media channels on Nov. 20, ending a run of nearly five decades as one of the premier outlets for skiers. Subscribers to the magazine are expected to receive the final issue of the magazine in the coming days.

“Once we were notified this annual photo edition would be the final issue of the magazine, we knew we had to create something that would be a real tribute to Powder and its legacy,” said Powder Director of Photography David Reddick.  “I dug through our archives and found the first edition of the magazine and put it next to this shot from Nic, and there was just something there that made sense. That shot from Nic had an ethereal vibe to it and felt different from the other choices. There have been some Powder covers over my tenure that were just meant to be and created themselves, and I think this is one of them.”

Alegre’s shot was taken in February during the filming of the TGR film Make Believe. Alegre, Fostvedt, skier Kai Jones and TGR director and co-founder Todd Jones had largely wrapped filming for the day before Fostvedt noticed the wind kicking up and creating a surreal backdrop of sun and snow, and Fostvedy asked Alegre if he wanted to try one more shot before ending the day.

Teton Gravity Research is regarded as one of the premier outdoor action, adventure, and exploration brands in the world. Known for original, custom and branded content, TGR’s world-class storytelling has captivated audiences for more than 25 years. With 50+ award-winning films, numerous television series, and national commercial spots TGR delivers a global, multi-channel footprint. Teton Gravity Research is one of the fastest-growing outdoor brands with a thriving millennial audience, award-winning multimedia film projects, a rapidly growing experiential platform and unprecedented viral content. TGR is a proud member of the Surfrider Foundation, 1% For The Planet, BICEP, IMBA, and Protect Our Winters. For more information on TGR, visit TetonGravity.com.