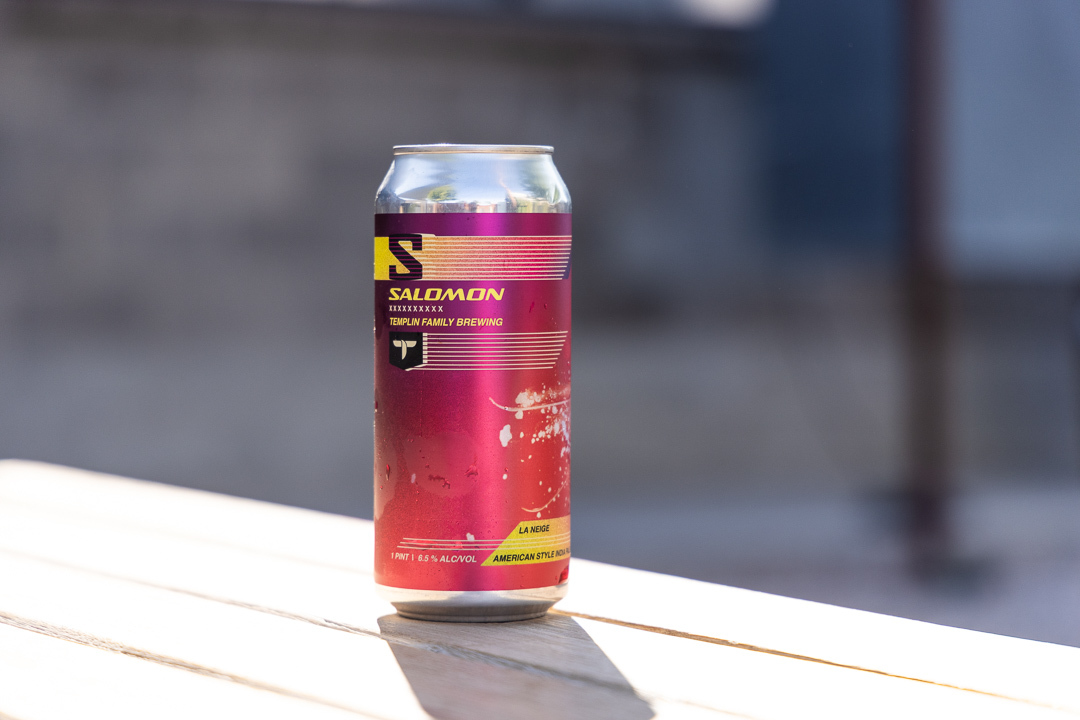 “As lifelong skiers and having met in Alta, the Wasatch Mountains and skiing have always been an important part of my relationship with my wife Britt and the brewery we share together,” says Kevin Templin, founder of T.F. Brewing. “Working together with the alpine team from Salomon North America has been incredibly fun. Combining our values and Salomon’s rich history has allowed us to create a special brew that we’re eager to share with our community.”

“This year Salomon is celebrating its 75th anniversary. We couldn’t think of a better way to celebrate then by crafting a remarkable beer with our friends from T.F. Brewing,” says Salomon North America alpine marketing manager, Joe Johnson. “Ski season is just around the corner and sharing a fresh pour of La Neige with friends is the best way to drum up excitement for the snowy months ahead.”

In addition to sharing a carefully crafted beer, Salomon and T.F. Brewing will also be contributing a percentage of all La Neige proceeds to Salomon’s partner Protect Our Winters (POW). POW is a 501 nonprofit that focuses its efforts on legislation regarding climate change.

La Neige is available exclusively at T.F. Brewing in 4-packs or from the bar until supplies last. To learn more Salomon’s partnership with T.F. Brewing, please reach out to Corinne Baud at corinne.baud@rygr.us.

About Salomon: Born in the French Alps in 1947, Salomon is committed to pushing the boundaries of mountain sports through the creation of innovative equipment that allows people to play, progress and challenge themselves in their chosen outdoor sports. Thecompany produces and sells premium footwear, winter sports and mountaineering equipment, hiking equipment, and apparel specifically designed for all of those disciplines. Products are developed in the company’s Annecy Design Center, where engineers, designers and athletes collaborate to create innovative solutions that continually improve the outdoor experiences of those who see nature as a vast playground.

About T.F. Brewing: After years of hard work put in by the Templin family and friends, the first beer was poured in the brewery in October 2018. Since then, the family has doubled in size, but their mission has stayed the same. T.F. Brewing is deeply rooted in a reverence for the German way of making beer: brewing with fresh, high-quality ingredients; slow pours, and big foam. T.F. Brewing ferments all its beers in a 15-barrel brewhouse – an open-air concept connected to its taproom where you can see and smell the entire process.