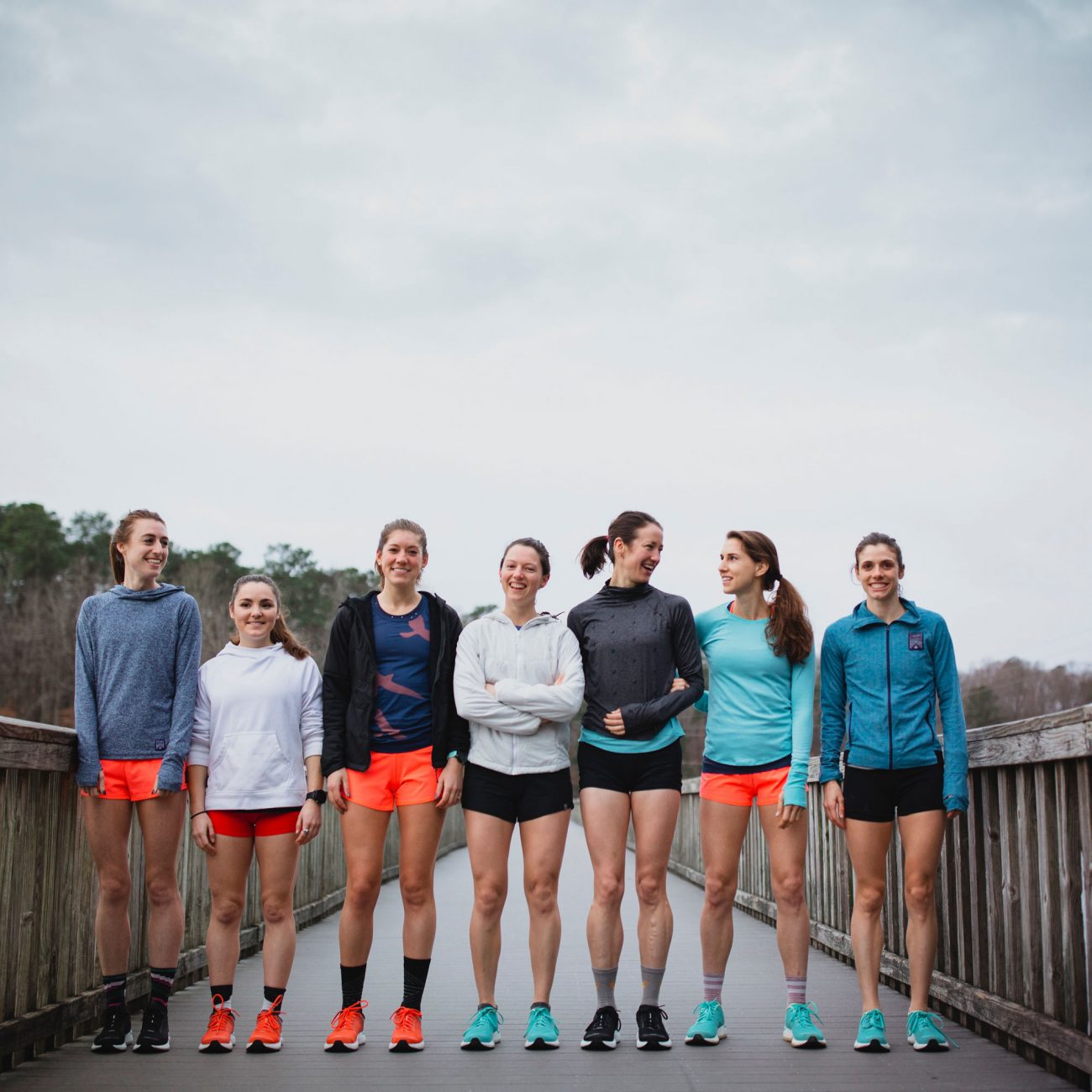 Ogden, UTAH (Feb. 5, 2020) – Salomon, the global leader in outdoor and winter sports equipment, announces a new partnership with the Raleigh Distance Project, a team of elite female runners based in Raleigh, North Carolina. Salomon will support the athletes through their training and competition as the official footwear and hydration sponsor alongside Oiselle, the group’s official apparel sponsor. The Raleigh Distance Project’s values of helping aspiring elite distance runners reach their goals, creating enthusiasm for the sport and building the running community perfectly aligns with Salomon’s ethos, particularly as the brand doubles down on its commitment to women.

“The women of the Raleigh Distance Project have been an inspiration not just to us here at Salomon, but to the larger running community, since its inception. Their successes illustrate the strength that can be found in community when a group of like-minded, passionate and talented people put their efforts toward a common goal,” says Erin Cooper, run marketing manager for Salomon in North America. “We’re extremely excited to have the opportunity to work with these women and to support them as they aim toward the Olympic trials, world championships and World Marathon Majors in 2020.”

The Raleigh Distance Project began in 2017 when six elite female distance runners came together to pursue their passions as a team, supporting each other as they pursued their goals. The team members devote time to train together as well as to motivate the larger Raleigh running community by striving to instill joy wherever they go. This joyous, passionate and community-driven approach to running reflects Salomon’s goal of enabling and inspiring people to play outside, making the partnership an ideal fit going into the 2020 season.

“Salomon has always been at the forefront when it comes to working with local communities to inspire people to run and play outside. Their successes with their new road running footwear collections—coupled with how deftly the brand tackled clichés that female athletes deal with during its women’s campaign—make now the perfect time for RDP and Salomon to join forces,” says Erin Clark, one of the founding members of the Raleigh Distance Project.

With the launch of the latest Sonic 3 road running footwear collection, as well as the announcement of the redesigned Predict 2 for Fall 2020, Salomon is poised to support the athletes of the Raleigh Distance Project for their racing needs.

About Salomon: Born in the French Alps in 1947, Salomon is committed to pushing the boundaries of mountain sports through the creation of innovative equipment that allows people to play, progress and challenge themselves in their chosen outdoor sports. The company produces and sells premium footwear, winter sports and mountaineering equipment, hiking equipment, and apparel specifically designed for all of those disciplines. Products are developed in the company’s Annecy Design Center, where engineers, designers and athletes collaborate to create innovative solutions that continually improve the outdoor experiences of those who see nature as a vast playground. www.salomon.com