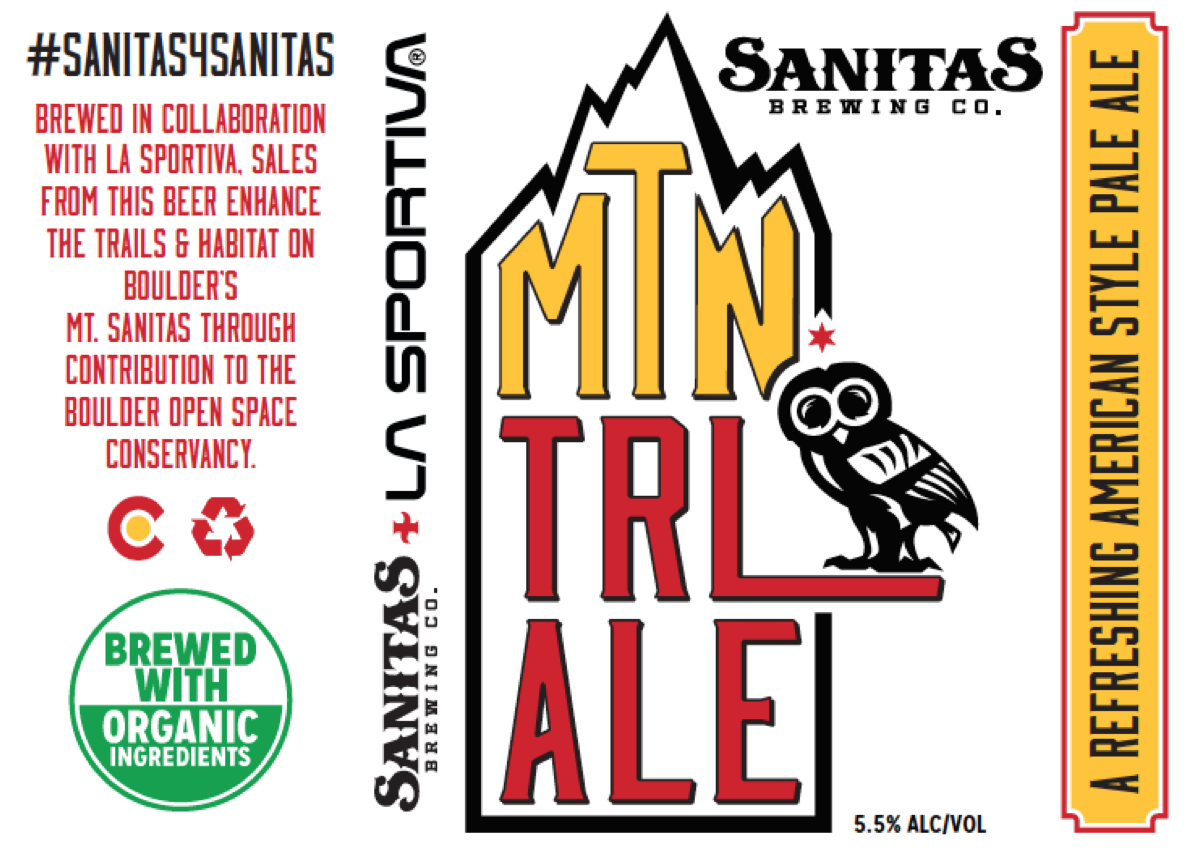 “We’ve always admired our neighbors at Sanitas for their beer, their commitment to supporting Mount Sanitas and the community that rallies around the iconic Boulder landmark,” says Jonathan Degenhardt, marketing director at La Sportiva NA. “Over a few pints at the brewery, we came up with a collaborative partnership including MTN TRL ALE and the MTN2TBL event both of which will help maintain the trails on Mount Sanitas that we all enjoy on a regular basis.”

MTN TRL ALE (mountain trail ale) is a 5.5% ABV easy to drink beer that uses cascade hops and organic malts to create a citrusy grapefruit character. It is available in 6 pack cans and in kegs for restaurants and bars.

Proceeds from MTN TRL ALE will be donated to the Boulder Open Space Conservancy (BOSC). Using these funds, BOSC will work closely with the City of Boulder Open Space and Mountain Parks to fund trail crews that will repair trails on Mount Sanitas in the summer of 2018.

“We want to do our part to improve the Sanitas trail experience and sustain one of Boulder’s most important natural resources. We’re happy that this beer will directly fund trail enhancements so close to home.” stated Michael Memsic, CEO of the brewery. “Mount Sanitas is not only Sanitas Brewing Company’s namesake, but a very important part of our community.”

MTN TRL Ale is now available in liquor stores, bars, and restaurants all over the Boulder and Denver area. It’s the 1st of 10 new can releases from Sanitas Brewing in 2018.

About Sanitas Brewery: Established in 2013 by two brewers with an audacious passion for beer, Sanitas Brewing has quickly become a top brewery in Boulder, Colo. Known for its innovative beers and events, Sanitas uses local and organic ingredients and encourages its fans to “earn their beer” through life’s adventures. For more information, current beers and events, visit www.sanitasbrewing.com