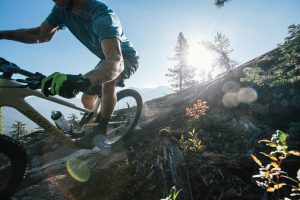 BOULDER, CO (Sept. 16, 2020) — Santa Cruz Bicycles, Cervélo and Gazelle Bikes are proud to become new members of the PeopleForBikes Coalition, an industry-wide trade group of more than 270 bicycle brands and suppliers united in improving bicycling across the U.S.

Santa Cruz CEO Joe Graney will join the PeopleForBikes Coalition Board of Directors and other executive leadership will join various PeopleForBikes subcommittees to work alongside other industry members in getting more people on bikes and helping guide the direction of the industry.

“Our team has been impressed with PeopleForBikes’ work for many years, not only in the mountain bike space but for all types of bicycling and the industry as a whole,” said Graney. “They represent the bike industry in Washington, D.C. and just recently helped save the industry more than $150 million in tariffs. Santa Cruz, our retailers and our customers all directly benefit from their work and we want to do our part by giving back and getting involved.”

Santa Cruz is already a leader in bicycle advocacy efforts through their PayDirt program, a commitment to increase access to trails by supporting local trail building efforts. The company pledged $1 million over the next three years to help fund trail projects, local organizations, events and programs geared towards creating and strengthening opportunities for people to get out and experience their local trails.

“Santa Cruz has a long history of generosity and leadership in local bike advocacy and we’re excited to amplify those efforts on a national level,” said PeopleForBikes CEO Jenn Dice. “We’re eager to combine their work with PeopleForBikes’ ongoing efforts for more federal support for bike projects and trails, funding for and protecting public lands, better access for mountain biking and improving other recreational riding opportunities nationwide.”

Royal Dutch Gazelle, a 128-year-old brand based in the Netherlands primarily focused on e-bikes, looks forward to supporting the continued momentum around the adoption of electric bikes in North America in tandem with PeopleForBikes’ work to increase e-bike access and improve e-bike legislation nationwide.

“The rapid growth of electric city bikes needs to be supported by consistent policy and robust infrastructure,” said Gazelle Bikes North America General Manager Ewoud Van Leewen. “Access is essential to adoption, and electric bikes make riding available to a completely new segment of riders and extends what is possible without a car. Giving people another transportation option for last-mile trips and helping reduce urban traffic congestion will be transformative for city streets, neighborhoods and communities. Gazelle is excited to partner with PeopleForBikes to support and create infrastructure and safer streets for all.”

“Cervélo shares the PeopleForBikes worldview of making riding fun and safe for everyone,” said Nick McAdams, Managing Director at Cervélo. “With our recent relocation to California, we want to support PeopleForBikes’ ongoing efforts in Washington, D.C.”

PeopleForBikes looks forward to working with Santa Cruz, Gazelle Bikes and Cervélo and their retailers across the U.S. to make biking better for everyone.

Founded in 1995 in Toronto, Canada, Cervélo’s mission is to make riders faster. From the high Alps in the Tour de France to Queen Ka’ahumanu Highway on the Big Island, Cervélo makes high-performance bicycles raced all over the world. Learn more at cervelo.com.

Royal Dutch Gazelle’s history is very much the history of the bicycle as a popular means of urban transportation. Their original Dutch style comfort bike won over the hearts of cyclists in the Netherlands 128 years ago. Today, Gazelle’s design legacy and ongoing technology enhancements have people all over the world falling in love again. Holding court at the forefront of innovation to make cycling more enjoyable and accessible, Gazelle is an integral part of Dutch cycling heritage, and its future. Keeping cadence with today’s global innovation with their new line of electric bikes, Gazelle has positioned themselves as the benchmark for urban mobility — traditionally and contemporarily. Learn more at gazellebikes.com.

Santa Cruz Bicycles was founded in 1994 in a space the size of a single car garage in a former cannery in Santa Cruz, California. Our mantra since day one is to make great bikes and have fun doing it. So we get our kicks from doing the right thing by the riders, trails and communities in which we work and play. Bikes are a force for good and we do our best to share that message. Learn more at santacruzbicycles.com.

PeopleForBikes is making biking better for everyone by uniting millions of individuals, thousands of businesses and hundreds of communities. When people ride bikes, great things happen. Join us at PeopleForBikes.org.

View all Releases by
PeopleForBikes