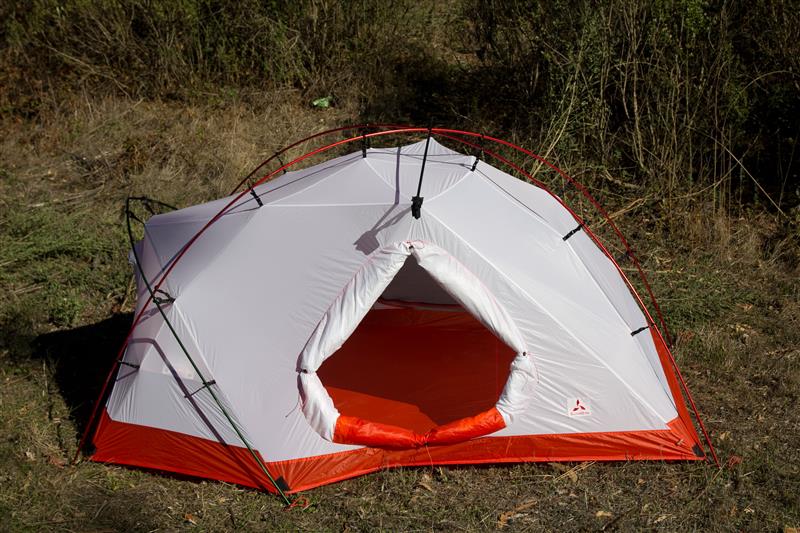 Berkeley, Calif. (May 9, 2016) – SlingFin, a manufacturer of premium quality backcountry and expedition tents, today announced its partnership with Wefunder as it seeks investors for the next phase of growth. Wefunder, an innovative investment platform, helped write and pass through congress Title III of the JOBS Act, which will become law on May 16, 2016. The new law will allow for non-accredited individuals (those whose net-worth is less that $1M) to invest, as little as $100, in start up businesses. Up until now, only ‘rich’ or accredited investors and venture capitalists could invest in companies needing capital. Wefunder, via the new Title III of the JOBS Act, is looking to democratize investing and the end the roadblock to innovation and progress in America.

To celebrate the new JOBS act, Wefunder is featuring 20 of the coolest small companies in the country, one of which is SlingFin, an outdoor equipment company based in Berkeley, CA. SlingFin and 19 other companies will be highlighted on Wefunder.com and throughout Wefunder’s marketing initiatives including a video. Each of the 20 startups is looking to raise up to $1M from loyal fans and everyday Americans.

Founded in Berkeley, California in 2010 by outdoor industry veterans from several top brands, SlingFin has partnered with Wefunder as its investment platform to raise the $1M needed for their next phase of growth. Wefunder, a startup itself, has already raised $16M for young companies from ‘rich’ or accredited investors. In the process, they recognized that the roadblock to innovation and progress in many industries was that employees and customers of average wealth did not qualify as accredited investors so they were not able to invest in and support the startups in which they truly believed. The Wefunder team worked with Congress to pass Title III of the JOBS Act, signed in 2012. Starting May 16th, the new law’s provisions will allow start up companies to “crowdfund” up to $1 million. Think Kickstarter, but instead of receiving a t-shirt, investors can actually own equity for as little as $100.

“We’re excited about the opportunity share our success with our users and customers who wholeheartedly back what we’re doing,” says Martin Zemitis, Slingfin CEO and Equipment Designer. “Democratizing investing is what our country needs to spawn innovation and increase collective social good by leveling the playing field so that everyday Americans can invest in projects they believe in.”

Funds raised in the SlingFin Wefunder campaign will be used to boost SlingFin’s factory order sizes and take advantage of volume pricing. This inventory increase will allow the brand to expand their dealer network and solve the repeated challenge of running out of inventory and losing out on sales. In addition, the brand plans to grow marketing efforts beyond customer word-of-mouth and add a patented hard-shell backpack design to their product offerings. “SlingFin is in the position that they have enough orders for their tents, but they need financing so that they can afford to stock the tents that they have designed. Now, instead of bankers, the people who actually want to use the tents can invest in SlingFin,” says Paul Kramer, a 30-year veteran of the Outdoor Industry, founder of Mountain Hardwear and current investor in SlingFin.

“If you share our vision and you’d like to get in on building an outdoor brand from the ground up, then join us!” invites Zemitis. “Thanks to Wefunder and the JOBS Act, anyone can be a part of our journey to change the way people experience Earth’s wildest places.” Learn more about the new JOBS Act and follow Slingfin on Wefunder.

Started in 2010, SlingFin is an outdoor equipment company made of industry veterans who have a passion for making only the highest quality gear based on a lifetime of design, manufacturing and user experience. SlingFin makes the strongest tents for the weight in the world – hands down. Customers are backpackers, mountaineers, adventurers, explorers, guides and outfitters all of whom are serious about their adventures and their gear.  www.SlingFin.com

Wefunder helps anyone invest as little as $100 in startups they care about. We’ve democratized investing so small companies can raise money from their best fans and customers directly online. “Kickstarter for investing” is finally legal on May 16th, 2016. Starting then, anyone can invest in the next Uber or local coffee shop… not just the rich. We’ve been preparing for this day since 2012, when we helped pass the JOBS Act that made this all possible, and were invited by Congress to watch it signed into law in the Rose Garden. Let’s break the monopoly of the rich and recreate a world where friends and local communities can invest in their neighbors. Let’s help build more businesses and save the American dream. www.WeFunder.com

View all Releases by InsideOut