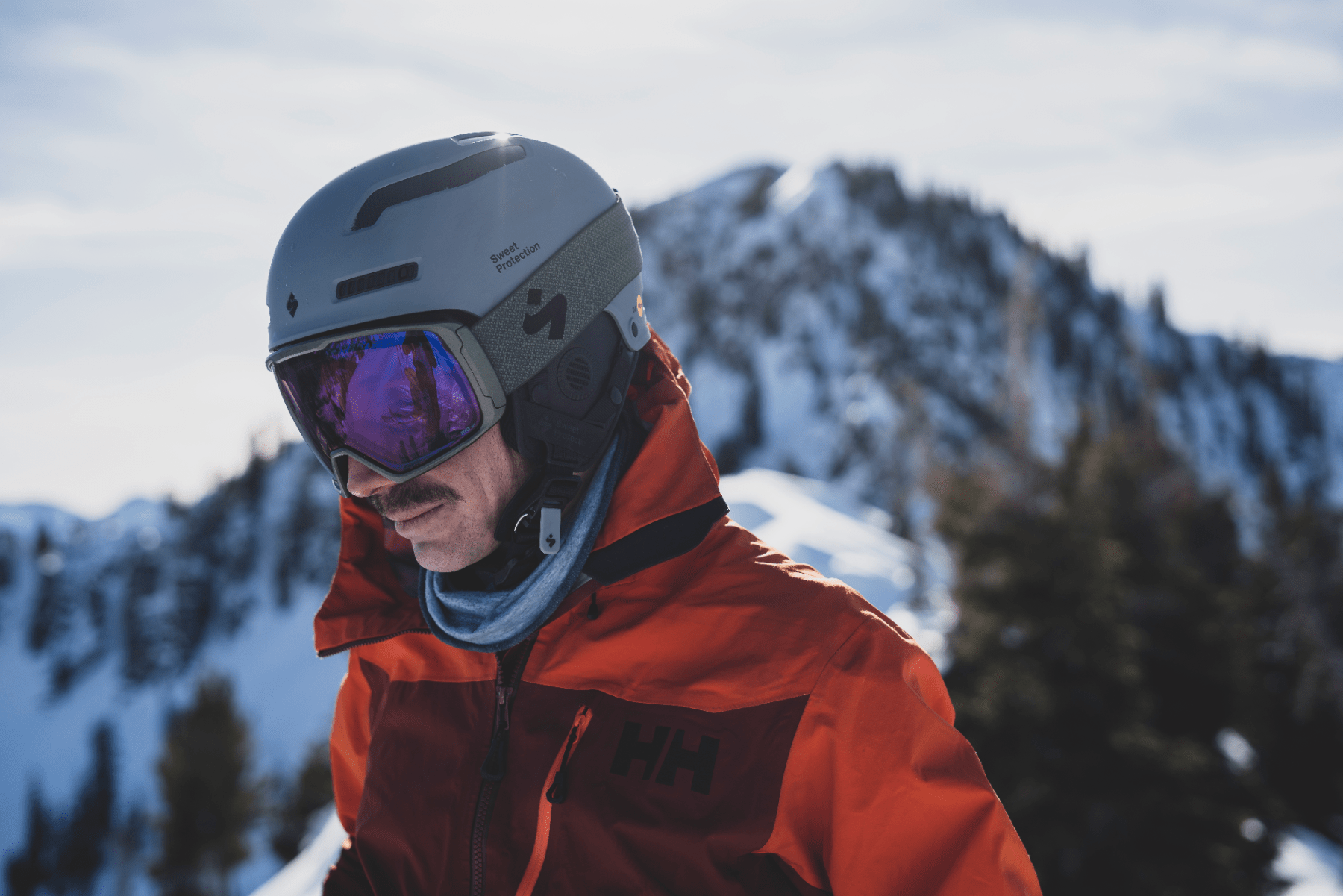 (BOULDER, CO – JANUARY 2021) – Sweet Protection, the industry leader in high-performance helmets, goggles and technical clothing, announced that it has signed athlete partnership contracts with big mountain freeskiers Marcus Caston and Parkin Costain, bolstering one of the most impressive and eclectic rosters of athletes in the outdoor industry.

Hailing from Salt Lake City, Caston broke onto the scene as a featured athlete with Warren Miller Entertainment back in 2012. In the years since he’s established himself he’s been a consistent player in Warren Miller productions and as a featured star on the pages of Powder, Freeskier and Backcountry. He’s focused much of his career on an appreciation for the art of skiing through creative expression and athletic performance, as showcased on his celebrated web series “Return of the Turn.”

“I grew up racing and I would always see Sweet Protection at the World Cup with all the Norwegians. I was a big Henrik Kristoffersen fan and that’s where I first started to see Sweet. It’s just really, really nice stuff, and for years I’ve been hoping to get on with them, and it finally came together,” Caston said. “And some of the guys on their team – guys like Pep Fujas and Chris Davenport – are legends. I haven’t reached out to them yet but I really hope this is an opportunity to work with them and learn a few things from them. I’m super excited.”

Costain is originally from Whitefish, Mont., and has emerged as one the rising stars in freeskiing. After breaking onto the scene in 2017 he cemented his status as an emerging force by winning the 2020 Kings and Queens of Corbet’s after sticking an audacious double backflip off the top of the run. He’s also appeared in films from Warren Miller and Teton Gravity Research.

“This will sound corny but the first time I saw a buddy wearing some Sweet Protection I said “ah dude, that’s a sweet helmet!’ Little did I know that was the name of the brand, I just thought it was a dope helmet,” Costain said. “Sweet prides themselves on creating the best ski and mountain bike protective equipment in the game. I couldn’t be more hyped to be onboard as an athlete!”

To learn more about Sweet Protection’s growing roster of athletes, check out the full list at sweetprotection.com.

Based out of the small village of Trysil, in the midst of the Norwegian wilderness and close to the mountains, the Sweet Protection crew has been developing helmets, protection gear and technical clothing since 2000. The multi-award winning team of designers, skilled technicians and the amazing team of riders have pushed the envelope of what’s possible with functional equipment.