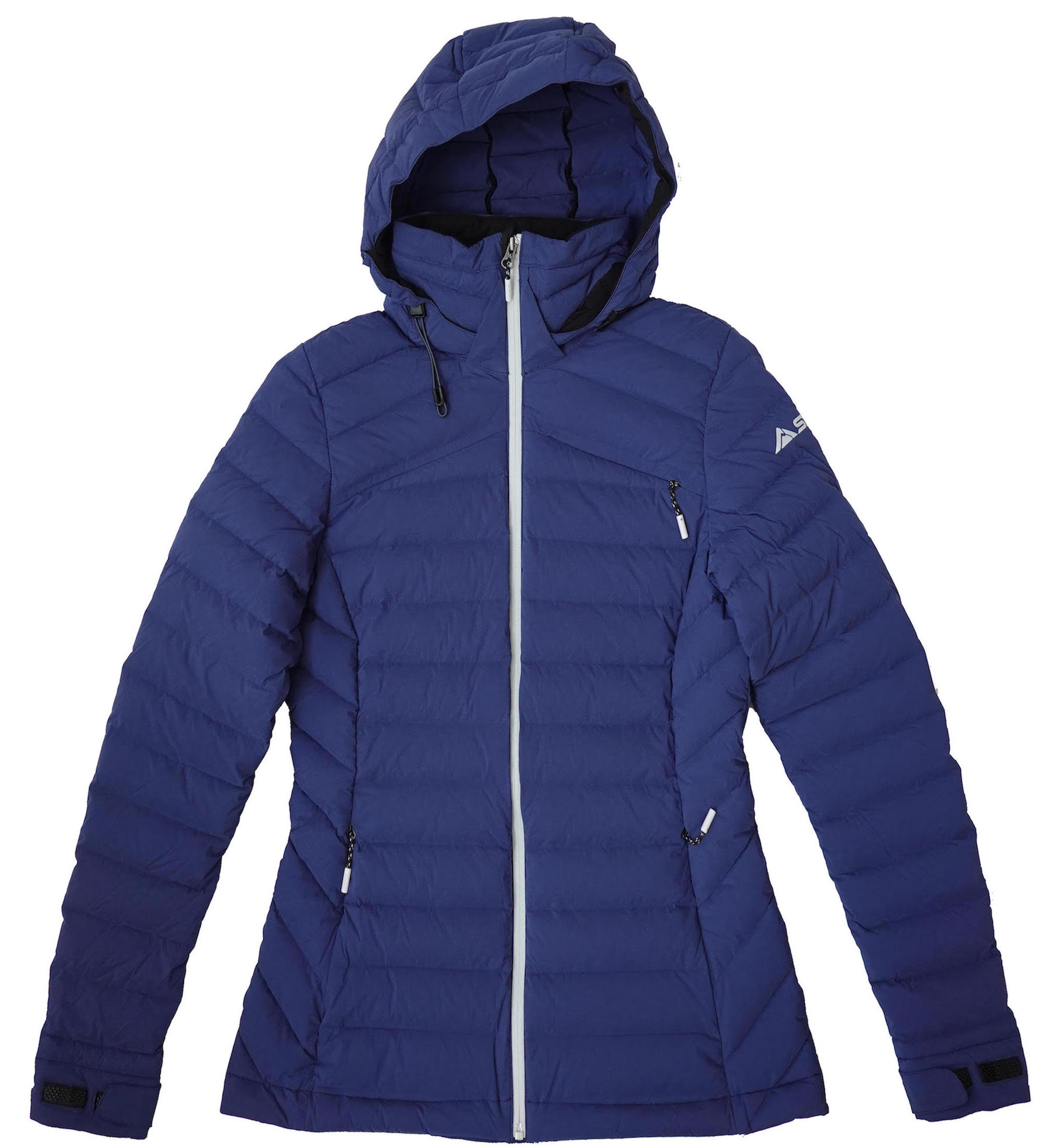 VAIL, Colo.—March 5, 2019 — SYNC Performance, the ski apparel, speed suit, and equipment company based in Vail, Colo, launched today it’s third Kickstarter campaign to fund the first production run of a revolutionary down skiing jacket technology. The campaign, which was set to run for a month, has exceeded its goal of $15,000.00 in funding just eight hours after the announcement, showcasing the excitement and demand for continued innovation in performance outerwear, and the support of small business in the skiing world.

“This stitchless construction technology allows incredible flexibility, weatherproofness, durability, and overall performance,” said Geof Ochs, SYNC Performance Co-Founder,  Lead Product Developer, and former NCAA ski racer. “By removing the restrictive loops of stitching in the baffles, the new matte fabric can stretch in any direction, and we eliminated the pitfalls that come with a traditional down jacket such as down leakage, water penetration, and ripping.”

The Engineered Down Jacket will be available in men’s and women’s versions, with three colors and a full size run available for each. Skiing specific features include an adjustable, removable helmet sized hood, YKK AquaGuard taped zippers, and DownTek 90/10 750 fill high quality down certified to the Responsible Down Standard. Though the goal has been hit, jackets are still available for order and will start shipping by October 2019 in time for ski season.

Now three times successful in launching products via the Kickstarter platform, SYNC Performance sees mutual benefit in utilizing this platform as a startup outerwear company. Consumers get a great deal at 50 percent off retail, only $199 for a high tech, durable skiing down jacket, while allowing SYNC to manage the funding for the production order based on early demand for colors and sizing. The 50% off $199 price is limited to 500 backers, then the price increases to $299, 25% off retail. Several other levels are available as well on the Kickstarter campaign page.

About SYNC Performance
Founded in 2014, SYNC Performance is a small but growing company based in East Vail, Colorado. Using technical knowledge and expertise from independent ski racers and teams as well as feedback from hard charging former racers turned big mountain and backcountry skiers, SYNC’s apparel is developed and designed for performance, durability, functionality and style that appeals to the year-round lifestyle of mountain athletes. Learn more at www.syncperformance.com