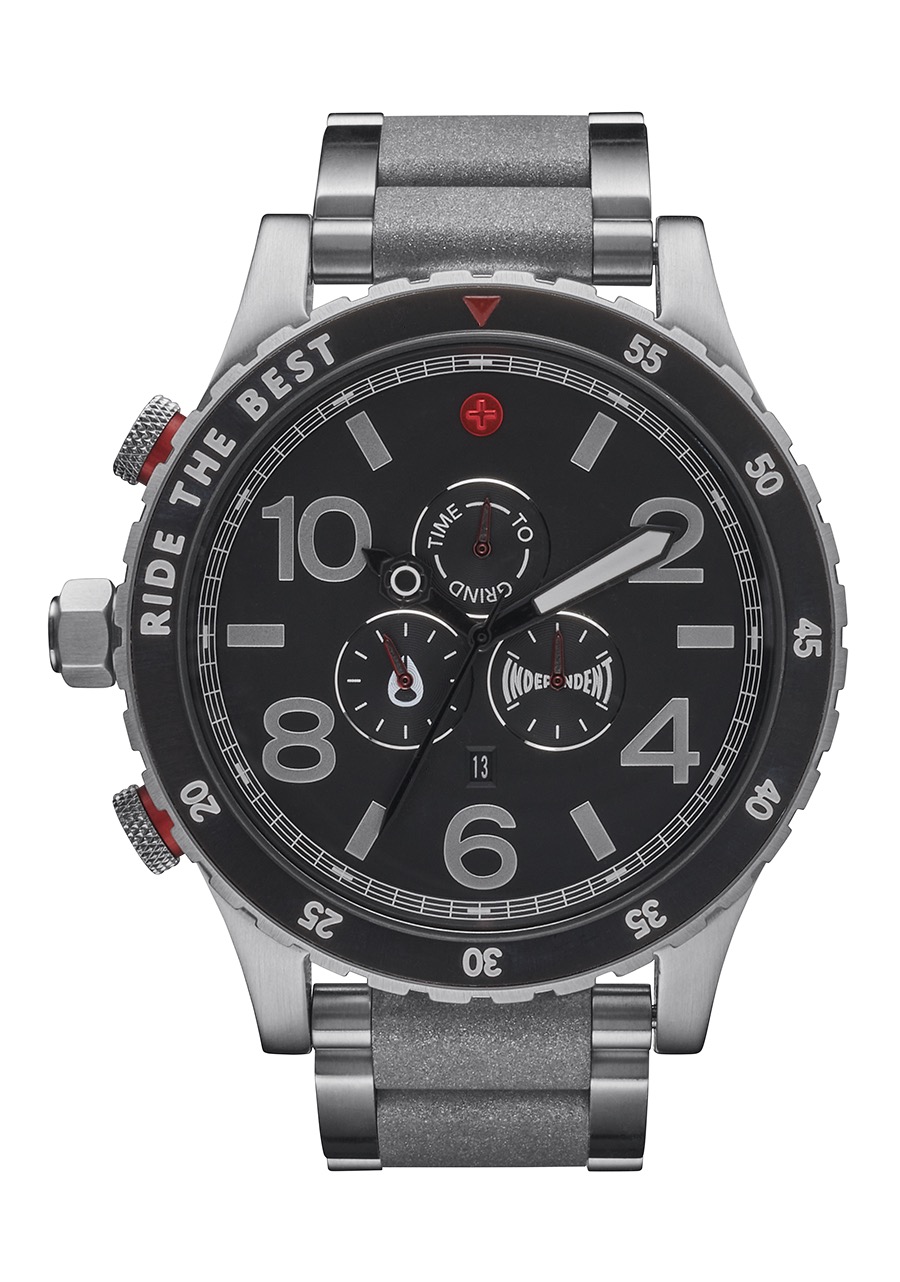 CARLSBAD, Calif./OUTDOOR SPORTSWIRE/ –Forged for the ages, Nixon is carving out a new pocket with the legendary Independent Truck Company. Creating a capsule collection of limited, Custom-Built to Grind timepieces, together Nixon and Independent are celebrating the commitment and heritage that the two brands share in skateboarding on a global level. Since the beginning, Nixon has been grounded in skateboarding.

Independent is a brand that needs no introduction in the space, having supplied the best skaters to ever stand on a board since the late ‘70s. The quality and design of Independent trucks helped unlock new possibilities in the early pool contest days, and they continue to do so across all terrain.

The new Nixon x Independent Custom-Built to Grind timepieces include four customized takes on some of Nixon’s most popular analog and digital styles. Whether you’re a grom or an ol’ timer, there is something for everyone in this session.

Independent Time Teller ($150)
The minimalist and simple sophistication of this Nixon classic makes it the perfect canvas for two distinct treatments using Independent logo designs on the faces and skate-hardware inspired features. Available in two finishes, silver or gunmetal, with either a woven nylon or polyurethane band. A classic silhouette with a modern spin, its sized perfectly for any wrist and features a 10 ATM / 100m water rating so that getting wet is no big deal.

Independent Staple ($150)
The thin-profile Independent Staple is down for any mission and made using Nixon’s Other Peoples’ Plastic, a material created from recycled water bottles pulled from the ocean, to keep the grind on the environment light. A customizable display layout allows you to view any two functions simultaneously. Its coinflip feature helps the indecisive make tough decisions.

Founded in 1998 in Encinitas, California, Nixon is a California based watch and accessories brand. Nixon’s team-designed, custom-built products are sold in the best boardsport, fashion, and specialty retailers in over 90 countries around the world. For more information, visit Nixon.com.

Independent Trucks is the #1 choice of professional skateboarders since 1978 and Built to Grind! Skateboarding’s most iconic brand and leading manufacturer of skateboard trucks, hardware, clothing, and accessories. Guaranteed for life.