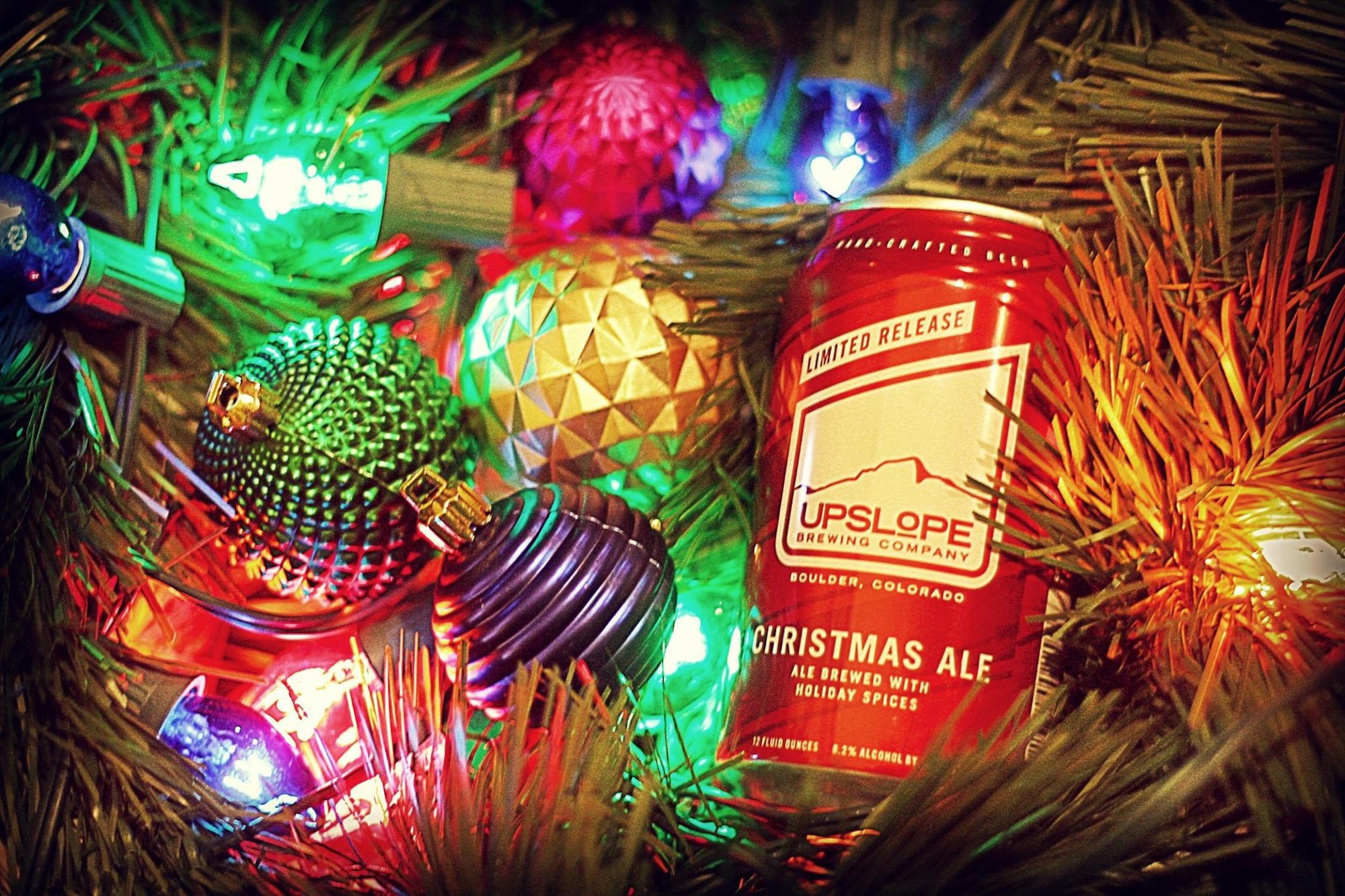 “The recipe for this beer is based upon an old homebrew recipe of mine that I used to take to holiday parties,” says Upslope Founder, Matt Cutter. “In 2009, the brewery adopted it as our holiday Limited Release, ‘Christmas Ale.’ It’s a spiced holiday ale brewed with Abbey Ale Yeast that’s sure to keep drinkers plenty warm through the holiday season.”

The beer pours in true Christmas fashion, colored a deep ruby red with an off-white headstand that laces the glass with each sip. A blend of holiday spices and dark dried fruit creates a distinctive holiday aroma, complemented by spicy notes from the Abbey Ale Yeast. The 8.2% ABV Christmas Ale is characterized by a medium body and a rich malt profile.

In the spirit of giving, Upslope’s Christmas Ale is “pre-wrapped” in a festive red ribbon-striped can, making it the perfect gift for spreading holiday cheer. Don’t put off sharing this brew, as it is only available for a limited time!

About Upslope Brewing Company
Boulder-based Upslope Brewing Company is the creator of premium ales and lagers that are artfully crafted using natural ingredients. Packaged in aluminum cans for exceptional portability and because it’s best for the environment, Upslope complements the outdoor lifestyle and caters to the on-the-go beer enthusiast. The five flagship beers include: Pale Ale, India Pale Ale, Brown Ale, Craft Lager and Imperial India Pale Ale. Additional installments are offered in a Limited Release Series, the Lee Hill Series and the Tap Room Series. In an ongoing effort to protect watersheds nationwide, and the key ingredient in Upslope ales and lagers, one percent of Upslope Craft Lager can sales benefits local Trout Unlimited chapters in the state in which the beer is purchased. Learn more about Upslope at www.upslopebrewing.com.