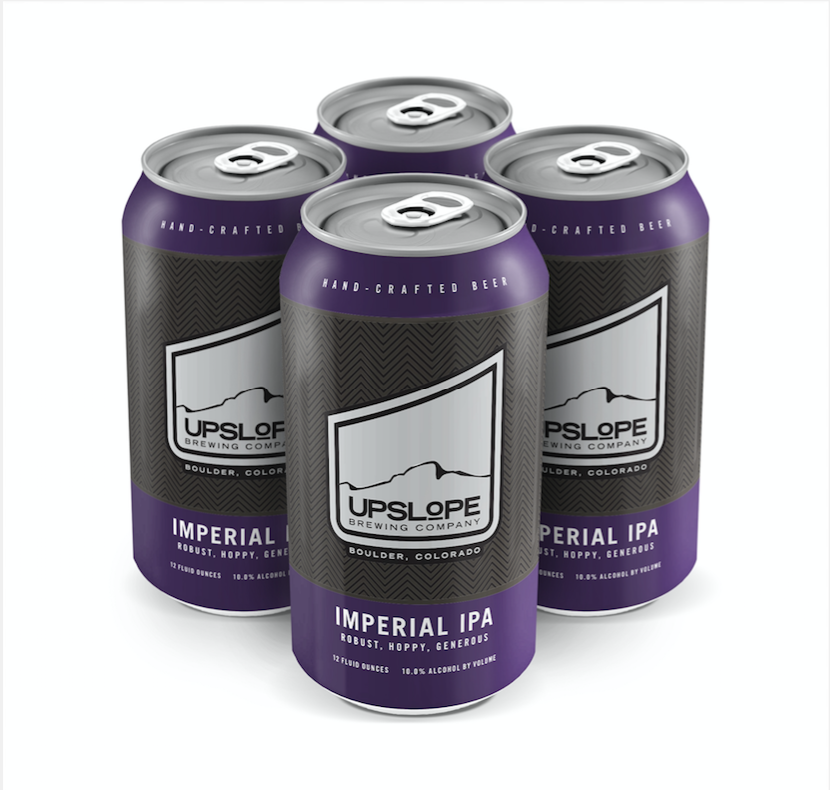 BOULDER, Colo. (January 13, 2016) — Upslope, a pioneer in both craft brewing and canning, is starting 2016 in sprint mode. The Colorado-based craft brewery announces that leading active lifestyle marketing agency Backbone Mediawill spearhead its communications efforts. To celebrate this new partnership, Backbone will undoubtedly be enjoying Upslope’s Imperial IPA, which, as of Jan. 15, 2016, is available in 12-ounce cans in addition to the always available 19.2-ounce cans.
“Backbone has been so fortunate in its tenure to work with best-in-class brands across the consumer product, and food and beverage industries. So when a company like Upslope approached us, we were thrilled,” states Ian Anderson, partner and director of PR at Backbone. “As a long-standing player in the active lifestyle space, we’re already personal fans of Upslope, but beyond that, we feel our expertise and shared passions and ethos will create a powerful partnership.”

“Our brewers developed a process for adding hops to the beer that maximizes the hop flavor and aroma without producing the astringent or grassy flavors typically associated with a highly hopped ale,” says Matt Cutter, founder of Upslope Brewing. “Each barrel is brewed using 6 pounds of a unique hops blend to impart subtle flavors of pineapple and melon to the central hop notes of citrus and pine.” Four-packs are available for purchase for through March at both the Flatiron Park and Lee Hill tap rooms in Boulder.

About Upslope Brewing Co
Boulder-based Upslope Brewing Company is the creator of premium ales and lagers that are artfully crafted using natural ingredients. Packaged in aluminum cans for exceptional portability and because it’s best for the environment, Upslope complements the outdoor lifestyle and caters to the on-the-go beer enthusiast. The five flagship beers include: Pale Ale, India Pale Ale, Brown Ale, Craft Lager and Imperial India Pale Ale. Additional installments are offered in a Limited Release Series, the Lee Hill Series and the Tap Room Series. In an ongoing effort to protect watersheds nationwide, and the key ingredient in Upslope ales and lagers, one percent of Upslope Craft Lager can sales benefits local Trout Unlimited chapters in the state in which the beer is purchased. Learn more about Upslope at www.upslopebrewing.com.