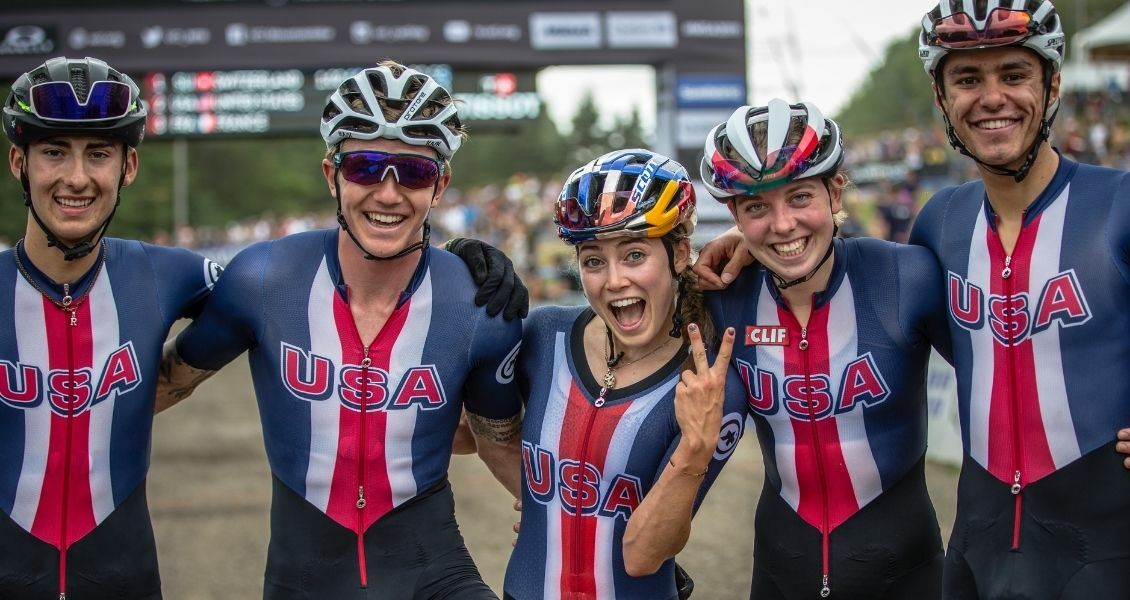 The USA’s top Cross-Country and Downhill riders will head to Leogang, Austria to compete in the World Championships.

COLORADO SPRINGS, Colo. – USA Cycling announced on Thursday the athletes who will represent the United States in the Cross-Country and Downhill Mountain Bike races at the 2020 UCI Mountain Bike World Championships that will take place in Leogang, Austria on October 7-11, 2020.

For the men, 2019 Cross-Country National Champion Keegan Swenson (Park City, Utah; Stan’s-Pivot Pro Team p/b Maxxis) will represent Team USA in the Elite event, with Christopher Blevins (Durango, Colo.; Specialized Factory Racing) racing the U23 category. Blevins raced to a silver medal in the 2018 World Championships. With only one of them going to the Olympic Games, both Swenson and Blevins are competing at the top of their game to make it to Tokyo. Taking on the Junior men’s Cross-Country race are Riley Amos (Durango, Colo.; Bear Development Team) and Bjorn Riley (Boulder, Colo.; Bear Development Team), who both hope to better last year’s World Championship performances.

Jim Miller, USA Cycling’s Chief of Sport Performance, is excited to see this team perform in Austria, “We’re bringing a highly focused team and a group of medal capable athletes competing against the best in the world. Some of the athletes have done only a handful of races this year, for others this will be their first of the season. Regardless of the challenges many have faced this year, we believe we are bringing one of the strongest teams we have ever had. For the Cross-Country racers, many have their eyes on the Olympic Games in 2021 with this race being a big factor in the qualification process.”

On the women’s side, Anna Newkirk (Riehen, Switzerland; SRAM Young Guns Racing) will be racing her first year in the Elite class. Last year, Newkirk grabbed the bronze medal in the Junior category. She will be joined by Mazie Hayden (Pittsfield, Vt.; Defiant Racing) in the Elite women’s event along with Ella Erickson (Hayden, Idaho) competing in the Junior women’s race.

The Team USA roster is as follows:

*Lea Davison and Chloe Woodruff have both been nominated to the team, but declined their spots.

Selection criteria is available for Cross-Country here and Downhill here.

Visit USACycling.org for more information on the athletes, events and membership programs, and follow @USACycling across all channels for the latest on Team USA.

USA Cycling is a proud member of the Union Cycliste Internationale (UCI) and United States Olympic & Paralympic Committee (USOPC). Within the United States, USA Cycling is the national governing body for the sport of cycling and oversees the disciplines of road, track, mountain bike, cyclocross, and BMX. With a mission to develop the sport of cycling in the United States and to achieve sustained international racing success, USA Cycling supports cyclists at all levels, from those just beginning in the sport and participating in fun rides to seasoned professionals. The organization not only identifies, develops, and selects cyclists to represent the United States in international competition, but also supports amateur bike racing through grassroots development programs and the provision of critical infrastructure to run organized racing.

USA Cycling is headquartered in Colorado Springs, Colorado, and will celebrate its 100th anniversary in 2020. In 1920, the organization began as The Amateur Bicycle League of America and evolved to become the United States Cycling Federation in 1975 and ultimately USA Cycling, Inc. in 1995. USA Cycling’s 100,000+ members are comprised of racers and cyclists of all ages and abilities, coaches, officials, mechanics, and race directors.