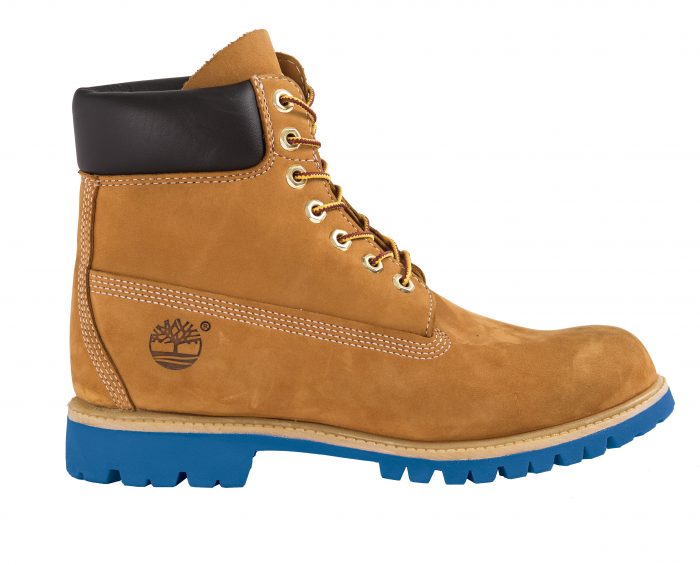 All proceeds from blue Carrarmato resoles via Vibram’s Sole Factor Program to be donated to Big City Mountaineers.

CONCORD, Mass. (April 24, 2017) – Vibram®, the worldwide leader in high-performance soles and the creator of the Vibram FiveFingers® articulated toe shoe, today announced it will launch a blue sole honoring the 80th anniversary of its Carrarmato shoe sole design. The blue sole will debut at this week’s creative conference, Struktur, in Portland, Oregon, April 25-27.

“Designers play an essential role in the creation of outdoor apparel and equipment, yet they rarely get the attention that other fields enjoy,” said Allon Cohne, chief marketing officer of Vibram USA. “Our intention with the launch of a Vibram blue sole at Struktur is to celebrate outdoor design and recognize the 80th anniversary of Vibram’s Carrarmato sole as a design that has withstood the test of time and spanned generations of style.”

As a sponsor of the Struktur event, Vibram will be highlighting its Sole Factor initiative, a customization and repair program allowing one to upgrade your shoes with a Vibram sole. Vibram’s new Footwear Customization Lab, a 38-foot RV outfitted with the latest in state-of-the-art cobbler technology, will be on hand providing all of the Struktur Event’s attendees with a complimentary blue Carrarmato resole celebrating the 80th anniversary of the design. The Struktur event marks the debut the blue Carrarmato sole – Vibram has never offered this sole before.

Beginning in May, Vibram will offer its blue Carrarmato sole and several unique 80th anniversary Carrarmato designs through its Sole Factor program at www.vibram.com. In continuing to honor the iconic design for the anniversary year, Vibram will donate all blue Carrarmato sole proceeds to Big City Mountaineers. Additionally, Vibram is resoling all Big City Mountaineers’ staff and trip volunteers for its forthcoming spring/summer 2017 trip schedule.

“For nearly 30 years, Big City Mountaineers has worked to offer life-changing experiences for under resourced urban youth through wilderness mentoring expeditions,” states Bryan Martin, executive director for Big City Mountaineers. “This wouldn’t be possible without the longstanding support of partners like Vibram. We are extremely grateful for Vibram’s generous Carrarmato resole initiative and even more so for our history of collaboration together.”

Vibram is recognized worldwide as the leader in high performance soles for outdoor, recreational, work and fashion footwear and is relied on by the world’s greatest climbers and athletes. Vibram soles have gone on to conquer Mt. Everest, K2 and a host of the world’s tallest peaks. Today, the company works with premium brands including Merrrell, Danner, La Sportiva, Lowa, Red Wing, Sperry, Scarpa, The North Face, and many more. Vibram’s Five Finger shoe line is on the cutting-edge of the minimalist footwear trend. Please visit us at www.vibram.com or follow us and our innovative products and services on Facebook, Twitter, Instagram &Pinterest.