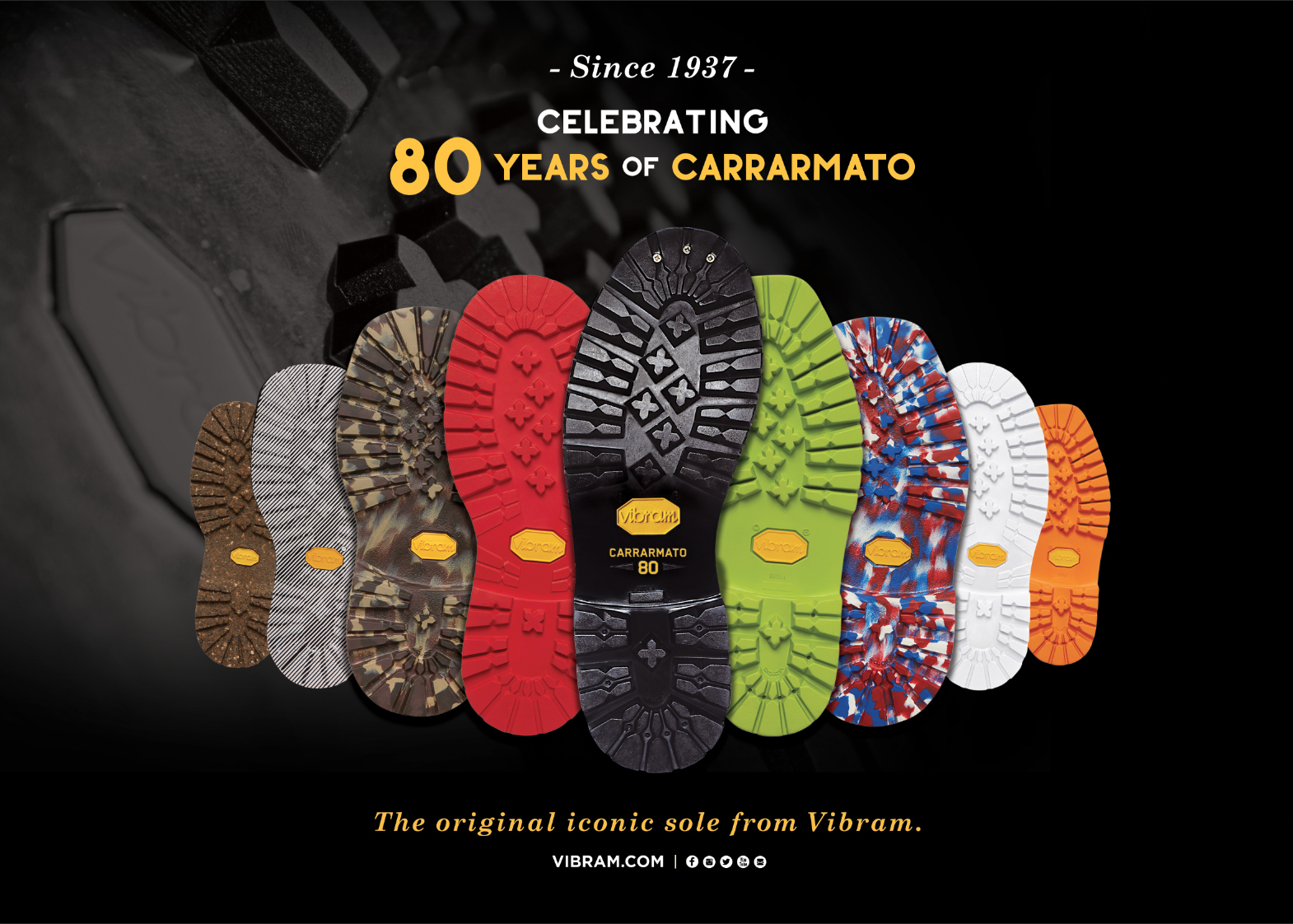 CONCORD, Mass. (April 5, 2017) – Vibram®, the worldwide leader in high-performance soles and the creator of the Vibram FiveFingers® articulated toe shoe, today announced the 80th anniversary of its iconic Carrarmato sole.

The Carrarmato dates back to Vibram’s founder, Vitale Bramani. In 1935, when a climbing accident involving six of Bramani’s mountaineering friends in the Italian Alps was partially blamed on inadequate footwear, the incident drove Bramani to develop a new climbing sole. Two years later, he launched the first vulcanized rubber lug soles on the market with a tread design called the Carrarmato, which translates in English to “tank tread.” Today, the Carrarmato sole is one of the most requested and recognized soles in the world.

“The fact that this sole has withstood the test of time and spanned generations of style proves the flexibility of its design,” said Paolo Manuzzi, global general manager of Vibram. “It’s clearly maintained its relevance in the marketplace, inspired many desginers and has served as a benchmark of the highest level of quality, performance and safety.”

In addition to redefining mountaineering for more than a half century, the Carrarmato sole is one of the most recognized lug designs in the world, transcending technical mountain boots to mainstream footwear fashion.

Vibram is recognized worldwide as the leader in high performance soles for outdoor, recreational, work and fashion footwear and is relied on by the world’s greatest climbers and athletes. Vibram soles have gone on to conquer Mt. Everest, K2 and a host of the world’s tallest peaks. Today, the company works with premium brands including Merrrell, Danner, La Sportiva, Lowa, Red Wing, Sperry, Scarpa, The North Face, and many more. Vibram’s Five Finger shoe line is on the cutting-edge of the minimalist footwear trend. Please visit us at www.vibram.com or follow us and our innovative products and services on Facebook, Twitter, Instagram &Pinterest.