World Champion Surfer Andy Irons’ Gripping Tale of Opioid Addiction and Bipolar Disorder Comes to U.S. Cinemas on May 31 Only 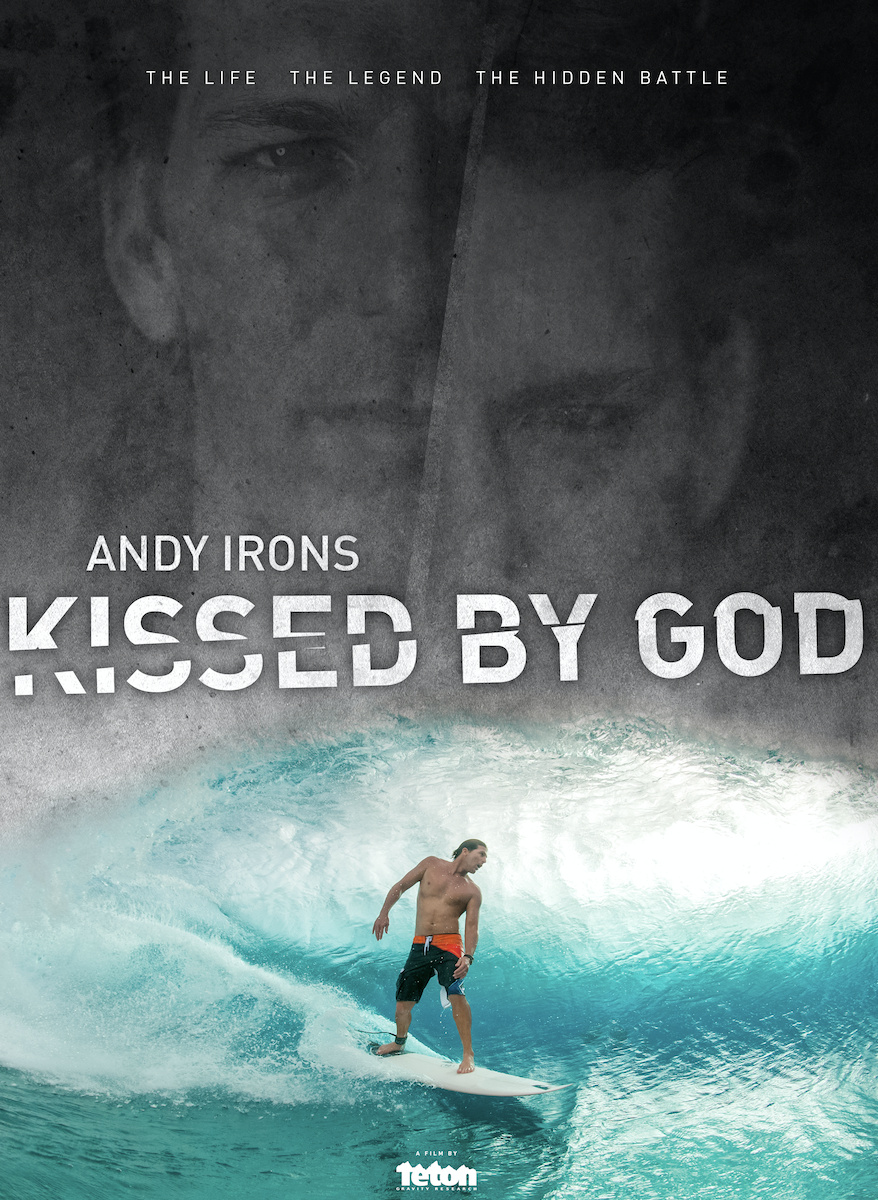 Moviegoers can experience the heart-wrenching story of Andy Irons when “Andy Irons: Kissed by God” comes to U.S. movie theaters for one night only on May 31st.

Jackson, Wyoming (May 18th, 2018) — Teton Gravity Research recently premiered the release of Andy Irons: Kissed by God, a film about bipolar disorder and opioid addiction as seen through the life of three-time world champion surfer Andy Irons. The world premiere took place in Los Angeles on May 2nd, followed by two special premiere screenings and events in Hawaii and New York.

Andy struggled with the same demons that millions of people worldwide battle with daily. Moviegoers can experience the heart-wrenching story of Andy Irons when “Andy Irons: Kissed by God” comes to U.S. movie theaters for one night only on May 31st. For a complete list of theater locations, visit the Fathom Events website (theaters include AMC, Cinemark and Regal Cinemas).

Tickets for “Andy Irons: Kissed by God” can be purchased at www.FathomEvents.com or participating box offices.

Andy Irons was an incredible presence on the surfing world stage as the “People’s Champion,” the pride of Hawaii and revered around the world for his blue collar rise to fame and success. However, many were unaware of his internal battles that led to his demise.

“‘Andy Irons: Kissed by God’ is both a moving documentary and an opportunity to shine a light on the country’s opioid crisis and mental health systems,” said Fathom Events CEO Ray Nutt. “It’s events such as these that turn local cinemas into a place to both entertain and educate communities.”

“The time to tell Andy’s story is now, not because we want to glorify his life or accomplishments, but because Andy wanted to share the truth of his struggles to educate future generations,” said his brother, Bruce Irons. “We wanted to shine an honest light on the truth – both the struggles and the triumphs – and tell an accurate story of who Andy truly was.”

About Teton Gravity Research
Teton Gravity Research is regarded as one of the premiere lifestyle and action sports brand in the world. Known for original, custom and branded content. TGR’s world-class storytelling has captivated audiences for more than 21 years. With 39 award-winning films, numerous television series, and national commercial spots TGR delivers a global, multi-channel footprint. Teton Gravity Research is one of the fastest growing media brands with a thriving millennial audience, award-winning multimedia film projects, a rapidly growing experiential platform and unprecedented viral content. TGR is a proud member of the Surfrider Foundation, 1% For The Planet, BICEP, IMBA, and Protect Our Winters. For more information on TGR, visit TetonGravity.com.

About Fathom Events
Fathom Events is the leading event cinema distributor with participating theaters in all 100 of the top Designated Market Areas®, and ranks as one of the largest overall distributors of content to movie theaters. Owned by AMC Entertainment Inc. (NYSE: AMC), Cinemark Holdings, Inc. (NYSE: CNK) and Regal Entertainment Group (NYSE: RGC) (known collectively as AC JV, LLC), Fathom Events offers a variety of one-of-a-kind entertainment events in theaters such as live performances of the Metropolitan Opera, top stage productions including Newsies! The Broadway Musical and George Takei’s Allegiance, major sporting events such as Mayweather vs. McGregor, epic concerts with artists like Lady Antebellum and Sammy Hagar, the yearlong TCM Big Screen Classics series, inspirational events such as Is Genesis History? and IN OUR HANDS: The Battle for Jerusalem, and popular anime franchises like Pokémon and Dragon Ball Z. Fathom Events takes audiences behind the scenes for unique extras including audience Q&As, backstage footage and interviews with cast and crew, creating the ultimate VIP experience. Fathom Events’ live digital broadcast network (“DBN”) is the largest cinema broadcast network in North America, bringing live and pre-recorded events to 917 locations and 1,440 screens in 181 DMAs. For more information, visit www.fathomevents.com.