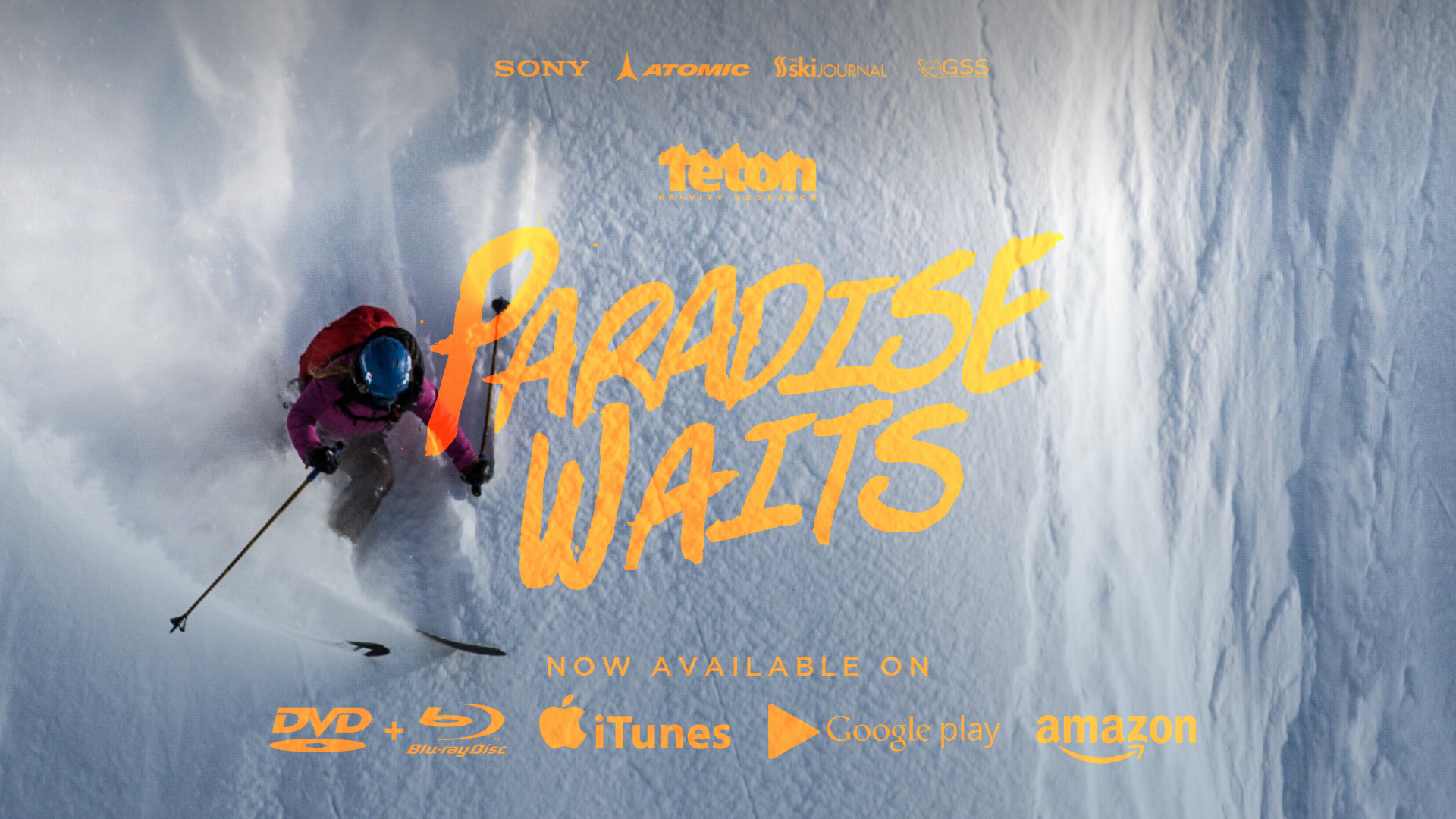 JACKSON, Wyo. (Nov. 4, 2015) Today, leading media producer and content curator in action sports, Teton Gravity Research (TGR), announces the availability of their newest action sports film on DVD, “Paradise Waits”. The film follows cold fronts, winter weather, and a cast of world-class athletes as they seek paradise across the globe. A broad range of ski and snowboard disciplines are highlighted, ranging from 50-degree pitches, deep in Alaska, to the snow-buried urban landscapes of Boston, Massachusetts, all captured with remarkably stunning clarity.

Angel Collinson, the female skier who was honored this September with the award for the Best Female Freeride Performance at the Intern­ational Freeskiing Film Festival (iF3), linked together a segment that is being called the climax of the film “Paradise Waits. To celebrate her Wasatch-inspired technique and fluidity, TGR is sharing the entirety of Collinson’s inspiring segment.

Revealed not only in her skiing, Collinson’s segment establishes her deservedness of recognition. Throughout a winter with less-than-average precipitation, she was able to spend a large portion of time in Alaska where the conditions were arguably as good as they have ever been. With a flurry of positive energy and smiles, Collinson capitalizes on the conditions, laying down arguably the best women’s riding to date.