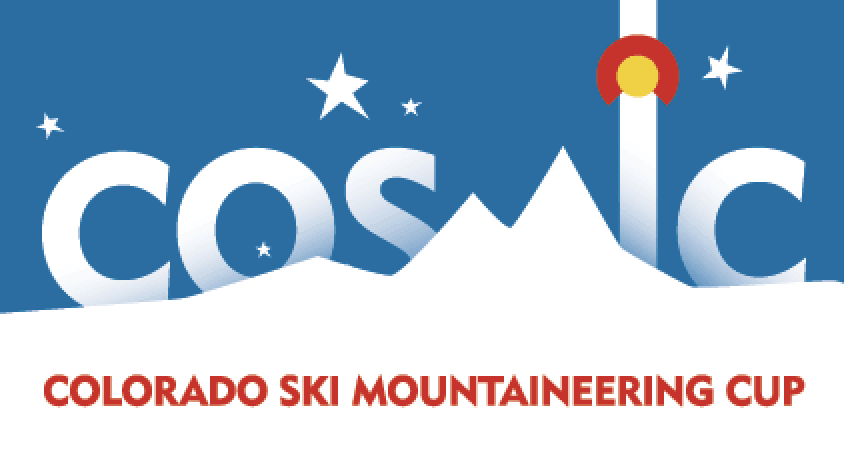 Each race is designed for all levels with the idea to bring out the best in each participant.

Boulder, Co (October 20, 2017) – The COSMIC Series is the leading ski mountaineering organization in North America. The race series was established by United States Ski Mountaineering Association member Pete Swenson to promote ski mountaineering racing in the United States. Now entering its eleventh season with the most races, and with the support of the leading brands in the snow sports industry, the long anticipated USSMA sanctioned sixteen race series, will commence on November 18th with the Wolf Creek Rando Race and end with the grand finale on April 7th, with Cody’s Challenge.

“It was kind of a ‘right place at the right time thing,” said Pete Swenson who started the series in 2007. “You see a need, and you realize: ‘I’m a person who can help fill that need.’ There weren’t that many other Americans who had raced in Europe or knew much about randonee. It wasn’t hard to decide to jump in and decide to help move the sport along in the states.”

Call it Randonee, ski mountaineering or skimo, it’s a Euro tradition that is making its mark in North America. Ski mountaineering is one of the few winter sports that has recorded growth few years. The USSMA is aiming to make skimo an Olympic sport by the 2022 Beijing games.

“Ski mountaineering racing is an exciting mix of technical downhill skiing, skinning (ascending), route finding, ridge running, a healthy dose of suffering, and just maybe some good turns on the way down,” said Joe Risi, race director of the series and event manager at SCARPA. “It seems there is also always a cold beer waiting at the end.”

Speaking of the beer that you will likely find at the end of the race, “Upslope is a huge supporter of active, outdoor lifestyles and has been a partner of Cosmic since 2009,” says Henry Wood, Marketing director at Upslope Brewery. “Uphill skiing is baked in our DNA and its been a real thrill to watch the sport of skimo grow over the past several years. Joe Risi’s dedication to this race series is inspiring and has taken Cosmic to the next level.”

Each venue is different. Some of the courses are extremely remote and difficult with no-fall zones like Wolf Creek, Taos, and Big Sky but there are also introductory races like Sunlight, Powderhorn, and Copper/SIA. Even Eldora, the once taboo ski area for skinning, has a race in the mix.

We look forward to seeing you on the snow!

The Grand Mesa Grind at Powderhorn