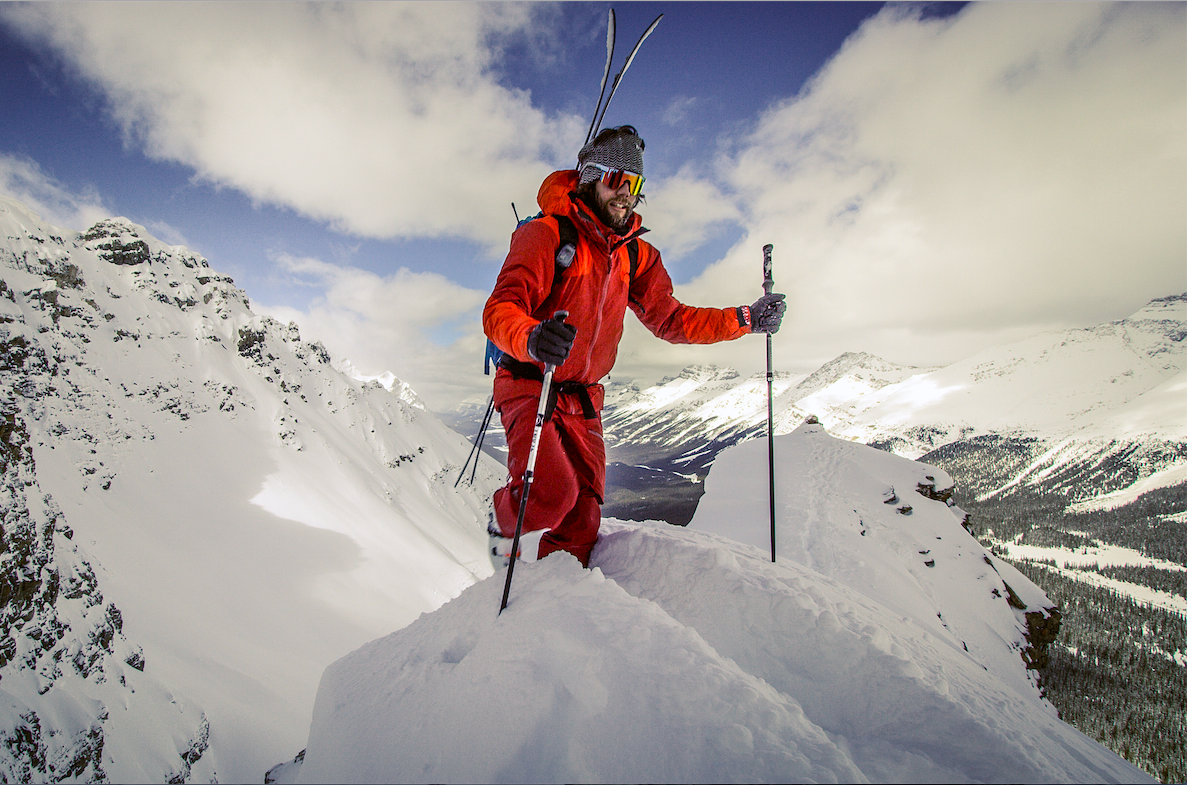 This Holy Grail boot has transcended the age-old question: Should a ski touring boot be oriented more for the ascent or the descent?

The Hoji is a certified instant classic.

This hard-charging touring boot is the brainchild of pro freeskier Eric “Hoji” Hjorleifson and Low Tech Binding inventor Fritz Barthel and has racked up more hardware this award season than any boot Dynafit has ever produced. Hoji, a Canmore, Alberta native who grew up ski racing before jumping to freeriding and filming with Matchstick productions for the past 15 years is a gear-obsessed tinkerer who long dreamed of a light and fast boot with enough power to huck the gnar while enabling you to switch to a comfortable touring mode with one easy flick. After saying as much to Barthel, who created the Dynafit binding, the two began prototyping in Barthel’s basement workshop in Austria.

What’s got everyone so juiced up is the Hoji Lock System which allows an effortless, efficient switch from touring cush to downhill sending. This Holy Grail boot has transcended the age-old question: Should a ski touring boot be oriented more for the ascent or the descent? Now, it is simply both. With one simple motion, the boot is transformed from an efficient and light climber with excellent freedom of movement into an alpine downhill miracle that will thrill with its rigidity and optimum power transfer. Performance compromises? Not with this boot – and the same goes for cold fingers or stressed-out fumbling around when switching between climb and ski modes.

The revolution has been recognized, and the party continues with HOJI, a biopic about the man himself, a glimpse into the journey of a backcountry shredding pioneer. World premier is in Boulder on October 17th. Get full tour dates here.

From Matchstick Productions: Eric Hjorleifson lets his skiing speak for itself. He doesn’t stand on the bar and shout out his accolades. He skis for brands that give him 100% creative control over the equipment that he designs and uses. He chases storms. He ditches his cell phone for weeks at a time. His exploits are rarely flaunted on social media. In spite of all of this – or maybe because of it – he is a hero to legions of skiers across the globe. This is who Eric is – this is “HOJI.” #thehojimovie

About Dynafit: As the athletic mountain brand, DYNAFIT knows no compromise and is dedicated to delivering the best equipment and apparel for mountain athletes wanting to move fast and light in the mountain. Since the advent of the revolutionary “Low Tech” ski mountaineering binding over thirty years ago, DYNAFIT has been committed to developing the lightest and fastest most reliable gear for human-powered alpine pursuits in all season, enabling its customers to define and reach their Mountopia, DYNAFIT North America is part of Salewa North America, a subsidiary of the Oberalp Group, a family-owned business with global operations, specializing in premium outdoor consumer products. Boulder-based Salewa North American manages the USA/Canada sales, marketing, operations, distribution and customer service functions for the Salewa brand along with DYNAFIT (based in Munich, Germany), Pomoca (based in Aubonne, Switzerland), and rock climbing brand Wild Country (based in Tideswell, U.K.) www.dynafit.com