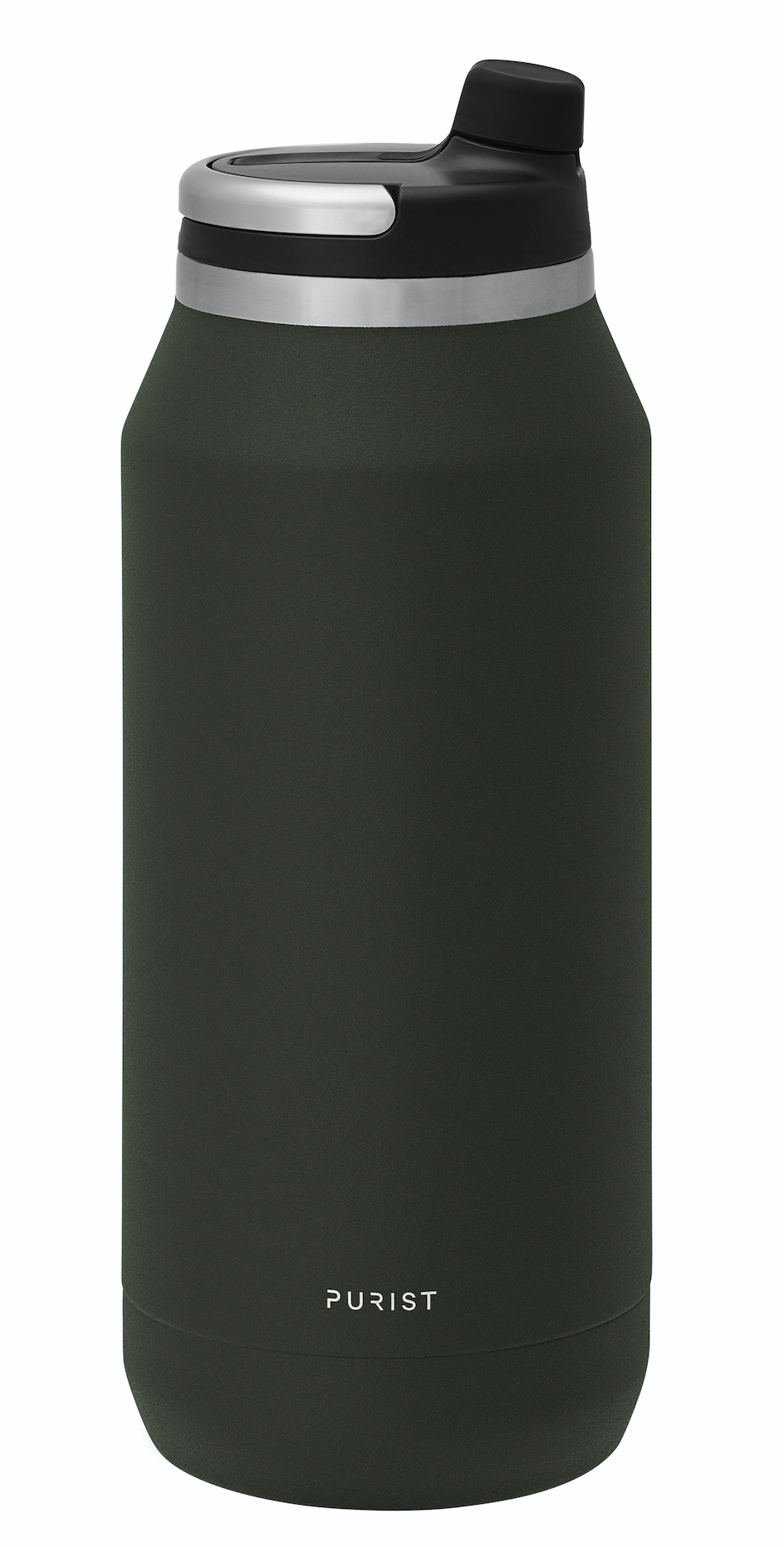 Morgan Hill, CA (June 14, 2019)– Purist, an innovative and emerging brand bringing sleek design and leading technology to the stainless steel bottle industry, announced today Mountain Source and Yukon Trading Company will represent the brand as sales agencies as the company continues to expand its footprint across the United States.

Bruce Gordon has served as a partner since 2009 at Denver-based Mountain Source, one of the preeminent outdoor and snow sport sales agencies in the Rocky Mountains. The company represents leading outdoor apparel brands such as Fjallraven and Smartwool, among others, and has showrooms in Denver and Salt Lake City.

“This bottle fits aesthetically right next to your MacBook Air or your smartphone in the boardroom, and you can take it out on the weekend too,” Gordon said. “If Steve Jobs was designing a water bottle, this is the bottle he would design.”

Zach Branson has spent 15 years as a partner at Mountain Source, which over the past decade has been named Sales Agency of the Year numerous times by Smartwool, PROBAR, and Fjallraven. The company will work to represent Purist in Colorado, New Mexico, Utah and Wyoming after previously representing Kleen Kanteen.

“I think we’ve gotten to the point where a number of the stainless steel water bottles all had similar price points and similar looks,” Branson said. “How do you make a difference and breakthrough? You do it like Purist has, with design and technology that works phenomenally.”

Purist technology transforms silicon dioxide into a flawless interior glass finish in its water bottles, preventing the interior of the bottle from retaining any unwanted tastes from previous use. The bottles also keep drinks hot for 12 hours and cold for 24 hours.

Kevin Rinderle is the owner of the Seattle-based Yukon Trading Company, founded in 1996. The company currently represents global outdoor brands such as Merrell and Chaco; however, its new role as Purist’s sales representatives for the Pacific Northwest will be the company’s first step into the stainless steel water bottle industry.  Yukon Trading Company will represent Purist in Washington, Oregon, Alaska, Idaho, and Montana.

Rinderle noted the combination of Purist’s design and technology as leading factors to begin a partnership. He also highlighted the growing popularity of stainless steel water bottles among a younger, burgeoning generation of outdoor enthusiasts.

“Water bottles are almost this generation’s watch – it’s a style accessory to a lot of people,” Rinderle said. “We carry these with us everywhere we go, and people are always looking for something fresh and unique. Purist fits in well with that. It has an exclusive, higher-end design and the technology is something we can really hang our hat on. It gives retailers a compelling reason to try something new.”

Purist is a Bay Area-based creator of inventive hydration bottles. Purist is founded on the principle of pure possibility, and, with innovative technology, designs bottles without a hint of taste. The brand has created a process that transforms silicon dioxide into a flawless interior glass finish that resists any aftertaste, no matter the beverage. Purist technology ensures no metallic taste, no residual coffee stains, and no foamy beer pours, only pure possibility. For more information on Purist, visit www.puristcollective.com