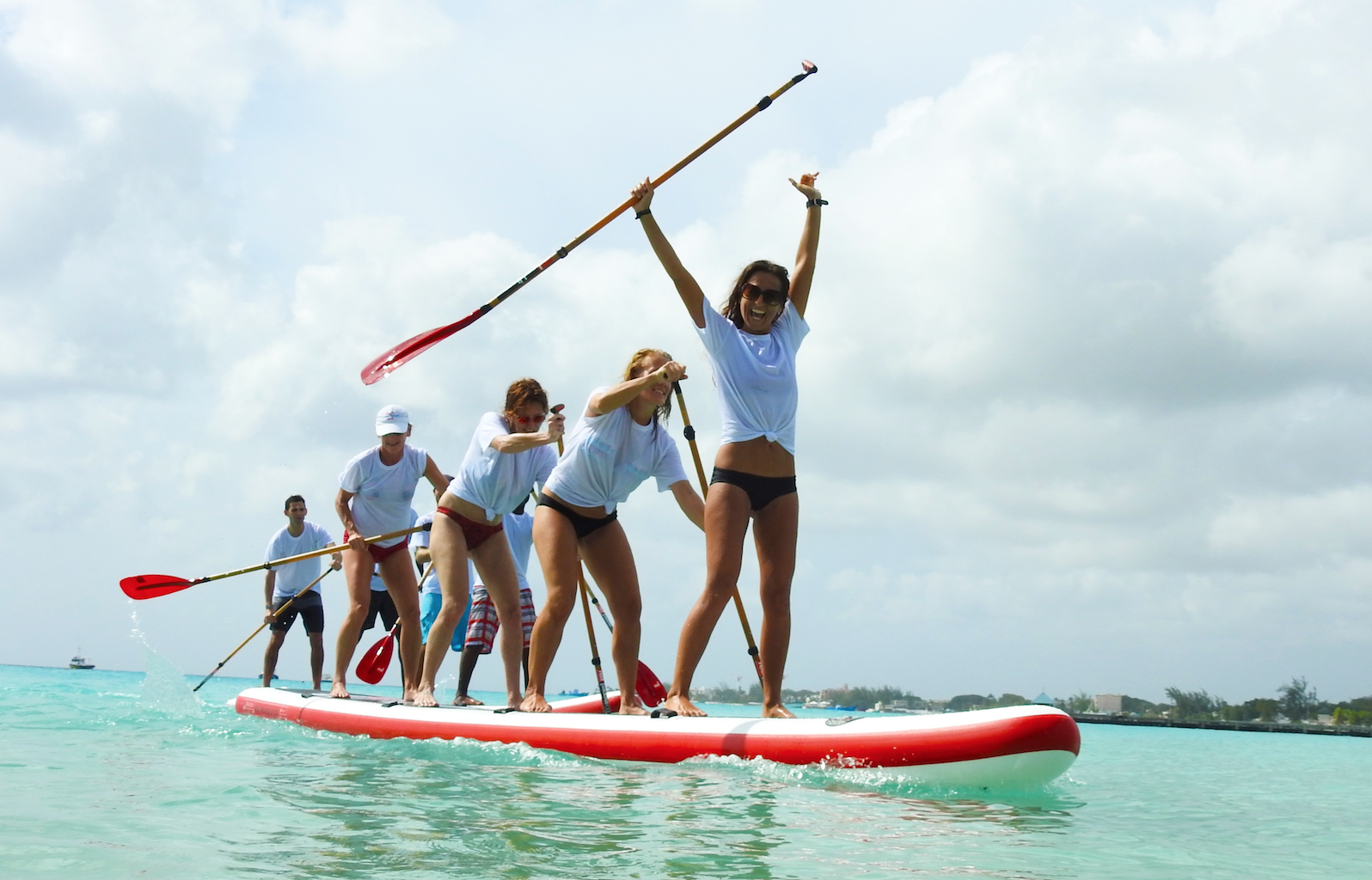 “The Dragon World Championships is a unique opportunity to showcase and celebrate the fun and camaraderie of team SUP racing,” said Red Paddle Co Managing Director, John Hibbard. “We’ve worked with local event organizers to schedule more than 50 qualifying events in over 20 countries.”

While individual SUP racing has a long and storied history, the Dragon World Series marks the first time it has been a team sport. Enabling this new race format is the 22-foot long, 34-inch wide Red Dragon inflatable paddleboard. Red Paddle Co’s unique MSL Technology makes the Red Dragon incredibly rigid, lightweight and easy to transport. Red Dragon boards will be available for teams to demo at each of the world series regional events. Every team that competes in a regional event will automatically qualify to participate in the World Championships in Barbados.

“We’re extremely pleased to be partnering with Red Paddle Co for the Dragon World Championships,” said Devon Chase of Barbados Tourism & Marketing Inc. “Paddleboard team racing is an exciting concept and I’m looking forward to welcoming competitors from all over the globe to our beautiful island to crown the very first world champions.”

Red Paddle Co recently added three events in North Carolina, Florida and Ohio to their rapidly growing list of Dragon World Series Regional Events in the US. The first US Dragon Event will bring paddlers to Wrightsville Beach, NC, on April 19th in conjunction with the Carolina Cup. The US segment of the tour will then move to Key West, Fla., on April 29, partnering with the Key West Classic’s 20th anniversary and continue on to Cincinnati, Ohi., to collaborate with the Ohio River Paddle Fest, one of the biggest paddling celebrations in the US, attracting over 1,800 paddlers on August 4. To learn more about the Red Paddle Co Dragon World Series or how to register a team at the nearest qualifying event, click here.

Red Paddle Co operates on two, basic brand philosophies: riding an inflatable paddleboard shouldn’t be a compromise and each paddleboard board should deliver an authentic experience. Founded in 2008, with a background in pro watersports competition, Red Paddle Co makes products that even the experts love. You can take your Red Paddle Co board anywhere, which means that you’re free to…EXPLORE YOUR WORLD.